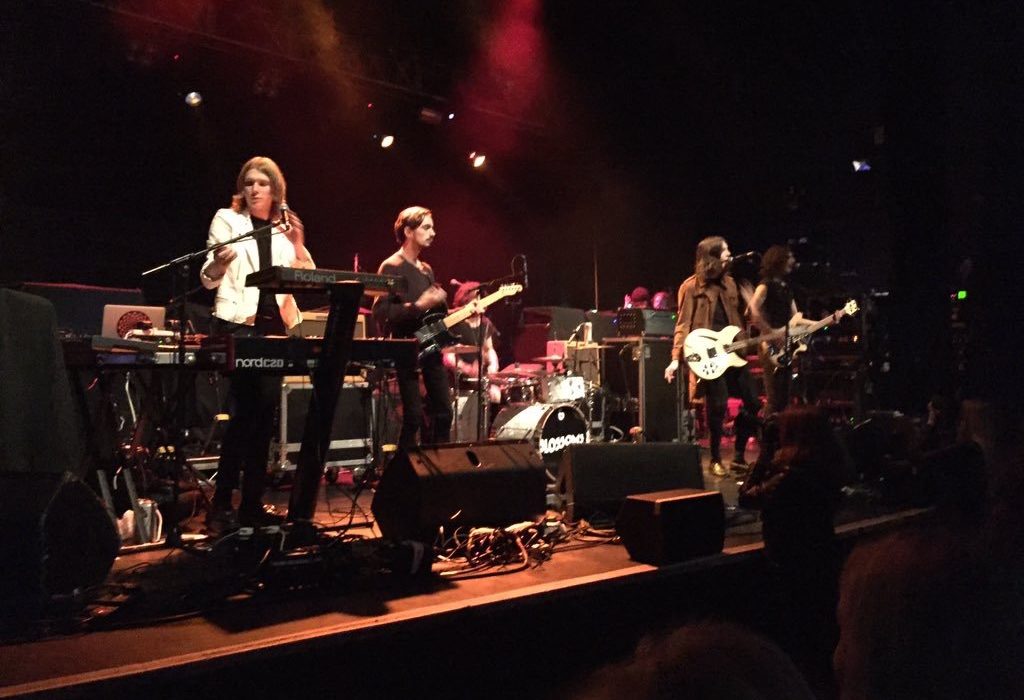 Going to a Blossoms gig feels a lot like that night you drank too much when your older brother’s band played the local dive: There is something homely about it.

I was not lost in a Remake Remodel-esque sea of open shirts and flared trousers; the aesthetic of the crowd was as unpretentious as the band. I knew what I was getting both visually and sonically.

But I didn’t want them to play it safe. More than anything, I wanted Tom Ogden to care that he was playing to a sold-out crowd at the Academy, but I may as well have been pint in hand at Stockport’s Bakers Vaults.

Ogden opened their set with the line “we’re Blossoms from Stockport”. These are local lads through and through. I felt a world away from Zachary Cole Smith’s usual “we’re DIIV from New York City.” If you know, you know.

Three years into a band, complacency should not be a thing, at least not yet. You could have sold-out arenas and stadiums but don’t make me feel like it’s just another night, no biggie. There is something heartwarming about a band who are genuinely appreciative of their audience and I just did not get that from Blossoms—and when they don’t care, why would I?

I know it’s your first record and you have lost count of how many times you have played it, but I want every time to feel like the first or at least let me feel like you’re not just going through the motions. I could not help but feeling like this as they meticulously worked their way through their eponymous debut album.

They just didn’t seem that into it.

They played well, as I suppose they always do, but it did not make me feel anything, and is not that the point of making music? I thought, perhaps, Toy had been watered down and sent to the Van McCann school of performance. Also, memo to the sound guy—I’ve never been to such a quiet gig, can you turn it up?

Their music brings people closer together, that much is obvious—it’s a movement for sure, but at the same time, not one I am entirely sure I want to be part of. They are set to be what Arctic Monkeys were to the noughties and Stone Roses were to the 90s Madchester scene—but as Turner once said, don’t believe the hype.