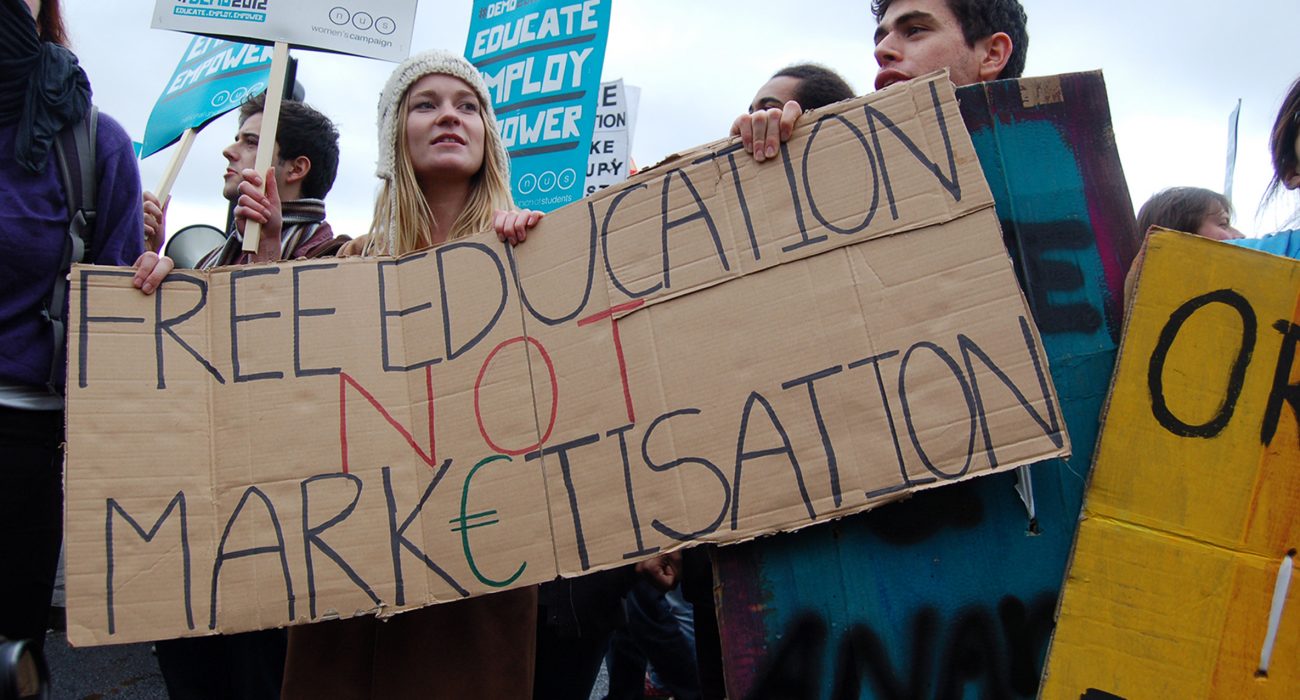 After deliberating ways to address growing concerns over the implementations of the Teaching Excellence Framework (TEF), The University of Manchester’s Students’ Union have decided not to boycott the National Student Survey (NSS) at this stage.

Over the last few months, TEF has triggered widespread controversy across the country amongst both students and academics due to its proposed changes to the way that tuition fees are decided for British Universities.

TEF is part of a new Higher Education and Research Bill proposed by the government – the most comprehensive piece of legislation since the 1992 Further and Higher Education Act. The Bill proposes two new statuary bodies: An ‘Office for Students’ in England which would be bestowed with extensive powers, such as equipping new providers with the power to award degrees, and a single research funding body (UKIR).

Both UUK and the University of Cambridge have warned that this “unprecedented extension of powers” may amount to “harmful incursion by the government.” Most significantly, the Bill codifies the link between TEF and tuition fees.

Under TEF, the ‘teaching excellence’ of universities would be measured in three main ways: The National Student Survey (NSS), retention and continuation rates, and graduate outcomes as assessed by DLHE (Destination Leavers of Higher Education).  A panel would then decide the university’s TEF rating.

It is not clear exactly how TEF would operate yet, but it is likely that there will be three ratings: Either ‘Meet Expectations’,‘Excellent’, and ‘Outstanding’, or a corresponding ‘Gold’, ‘Silver’, and ‘Bronze’. Those who are ‘Excellent’ or ‘Outstanding’ would be able to raise their fees above £9000 – it is not clear how high they could raise them – and those who fail to meet those standards will have to stay at £9000 or even reduce their fees. This has been called by some a complete ‘marketisation’ of higher education.

If they answered Yes, the Students’ Union then asked “what is your main concern surrounding the implementation of the TEF,” providing  7 mutually exclusive options. The most popular option was: ‘The metrics (the ‘Meet Expectations’, ‘Excellent’, ‘Outstanding’) within the TEF’ at 29%.

They were then asked for any other comments.  Overwhelmingly, the comments alluded to concern with the manner in which TEF would measure higher education.

In April 2016, delegates at The National Union of Students (NUS) national conference voted to take action against the NSS in the form of either a boycott or sabotage in order to show that the NSS is not a suitable method of measuring attainment and impacting tuition fees.

On their decision not to boycott the NSS, The University of Manchester’s Student’s Union’s Education Officer, Emma Atkins, stated that “the NSS boycott would be a fierce battle between the University and the Union, and it is likely that we will burn bridges and lose negotiating power in the process. At present, we believe that it is better to actively work with University staff on the TEF instead of actively work against them.” This is undoubtedly driven by the deadline for applying for TEF being January 26th 2017. As TEF is optional, there will be mounting pressure from the Students’ Union against a potential University decision to join TEF.

Although the decision to not boycott the NSS stands for now, Education Officer Emma Atkins has stated that “if the University of Manchester decides to enter the TEF by the deadline of January 26th, the NSS boycott is an action we will take very seriously, and will distribute more information about it if the time comes.”