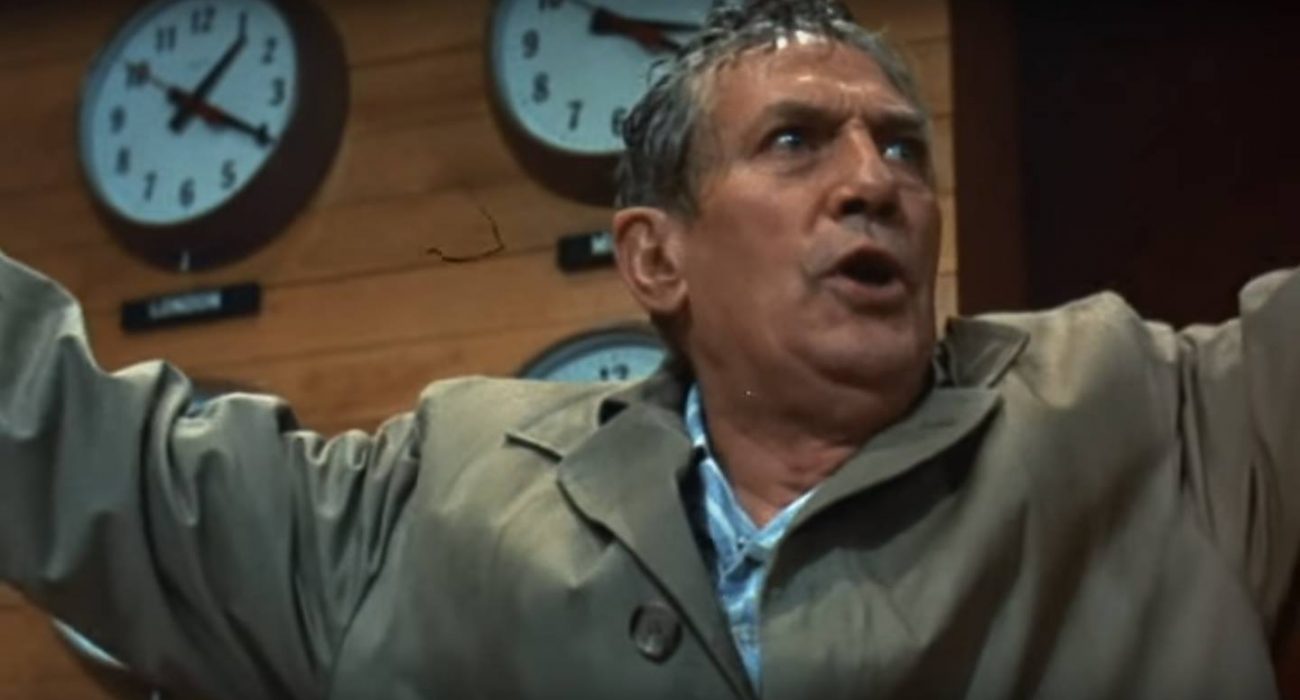 “I’m mad as hell and I’m not going to take this anymore!”

Sidney Lumet’s 1976 satirical drama, Network, is arguably one of the 1970s’ most underrated gems, and it pleasantly surprised me in how alarmingly relevant and fantastically entertaining it is. This is not to say I was not expecting it to be good — it is allegedly one of Paul Thomas Anderson’s favourite films, after all — but before hearing it praised by the legendary There Will Be Blood, The Master and Punch-Drunk Love (to name but a few) director, I did not know an awful lot about it. It is a film that truly excited me on many different levels, so naturally I am incredibly glad it was brought to my attention.

The film’s premise is particularly intriguing, following the cultural phenomenon which ensues following a news broadcast issued by the titular TV ‘network’, Union Broadcasting System, during which the show’s leading anchor Howard Beale begins to ramble erratically about his plans to commit suicide live on the next episode of the show, on the brink of his retirement. Keen to capitalise on the skyrocketing ratings the show garners as a result of Howard’s unprecedented popularity, UBS finds itself embroiled in a complex web of conflicted morals, some members more so than others.

In the middle of it we find Howard’s longtime friend and network president, Max Scumacher, who appears to oscillate between condemning the exploitation of Howard’s apparent mental instability, and pursuing his own interests, namely in the form of his cutthroat colleague, Diana (Faye Dunaway), who ardently purports Howard’s ramblings as a potentially lucrative segment of the show. Much of this film’s enjoyment comes from Faye Dunaway’s gloriously sociopathic performance in this role, with her ruthless delivery completely stealing the limelight and adding a tangible feeling of electricity to every scene she appears in.

Peter Finch’s highly-charged performance as Howard Beale is excellent, creating a constant sense of suspense as to what each of his energetic, nihilistic, anti-establishment live rants will consist of. These infamous broadcasts, as well as the film’s explosive ending, culminate in a fascinating satirical commentary on sensationalised journalism, and the exploitative media, which is perhaps more relevant than ever in the increasingly uncertain and tumultuous world we live in.

If you are familiar with the work of Paul Thomas Anderson it is not difficult to see why Network influenced his style so heavily. Its relentless pace, ensemble cast and the lens through which it examines the murky inner workings of a seemingly glamorous industry are all very characteristic of PTA, highlighting just how seminal Network is.

Its message rings ever clear, brought to life by a screenplay which is both dry and cutting. The troublesome relationship between Max and Diana was of particular interest to me in the latter section of the film. Max’s brusque but truthful condemnation of Diana’s fixation with success and the soulless and uncaring brutality of the television industry is completely enrapturing, as he brands her a “humanoid” who is ultimately on her way to being “destroyed” like so many of her colleagues.

In Network, Sidney Lumet has created an exhilarating and masterfully dark satire of the news, its production and its consumption. Its memorable performances, timeless morals and scathing humour makes for a viewing experience which is not easily forgotten.