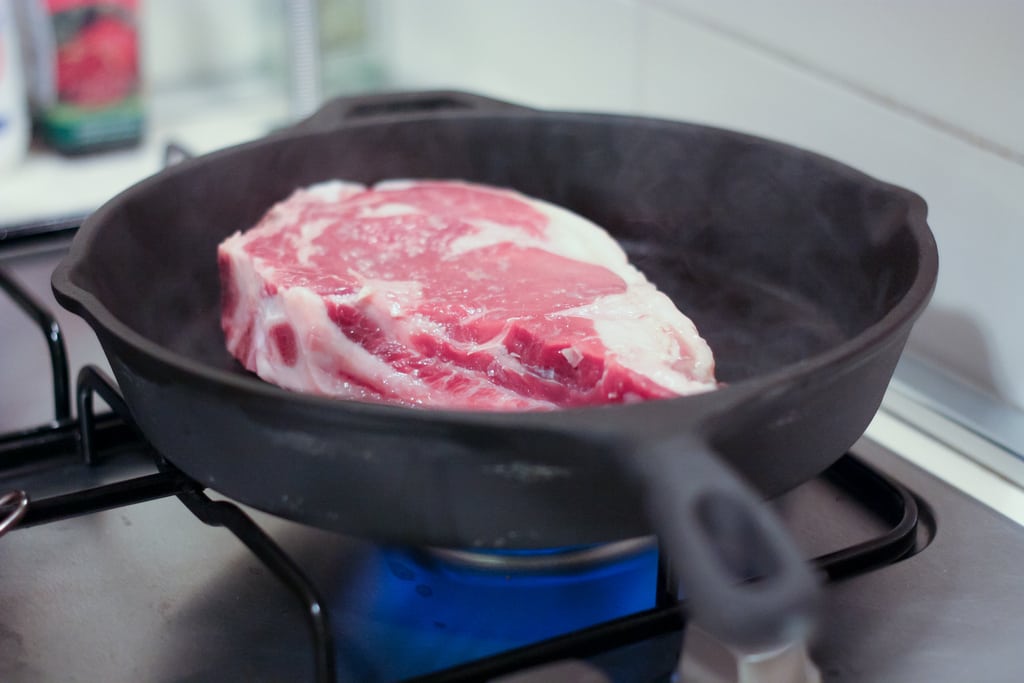 Last week, I made the long overdue trip down to London to meet my brother and catch up on all the non-exciting things that work and university have been throwing at us. We sat in his favourite café, sipped on coffee, and caught up on all these non-exciting things. Our chat however, swiftly moved onto our favourite topic, food. Normally this centres on where we want to go for dinner, what we have recently been cooking, and at this time of year what meat we want for Christmas dinner. But, this time instead, he casually brought into discussion a podcast he has recently listened to which surrounded the topic of ‘becoming allergic to meat’. I instantly scoffed at the idea. What?! This couldn’t be a thing, a thing legitimate enough to be discussed on an academic podcast.

I hesitated, then asked him to go on. What I heard next was something probably up there with one of the most devastating things I have ever heard. It is, in fact, possible to become allergic to meat, affecting people in Europe, Asia, America and Africa, as well as, incredibly, 800 people around Sydney’s Northern beaches in Australia. Dr. Erin McGintee reported to CBS News about 200 cases of this type of red meat allergy among people on New York’s Long Island.

How? I hear you ask, just as I did. This is where it gets even more shocking. A link has been found between tick bites and new found meat allergies. Usually, tick bites are not harmful to humans; they cause an inconvenience but can be treated by cleansing with certain ointments. However, the Lone Star tick, which is widespread, has been seen to trigger in some cases an anaphylactic reaction. The Lone Star tick carries a sugar called an alpha-gal, which is also found in red meat. When the tick bites a person it transfers this alpha-gal into the blood stream. This person’s antibodies fight this intrusion and the next time this person eats red meat, an allergic reaction occurs.

Sydney allergy specialist Sheryl van Nunen, who first formally identified the link in 2009 explains that her patients who have become allergic to meat this way, experienced hardened swelling and a large red rash rather than the usual reaction of a small red itchy bump. They went on to experience an allergic reaction similar to that experienced by people allergic to peanuts. These symptoms are caused by too many antibodies attacking the allergen, in this case the alpha-gal. After that, each time meat is consumed, the allergen binds to the antibodies and causes the cells to release massive amounts of histamine and other chemicals to try to protect the individual. These chemicals can cause symptoms that can range from mild to severe.

Despite there being some evidence that certain meats such as poultry, and seafood may still be consumed safely, many suffers restrict themselves to vegetarian diets to remain entirely safe.  Jana Pearce who has experienced two life-threatening events told The Guardian of her difficulties: “The hardest thing is all your social life is interrupted — you can’t go out to dinner for fear of the cross-contamination. It sort of spoils the whole experience of dining out,” she said. “You have to eat very clean and you have to learn to cook again, which is the hard part.”

Much is still unknown about this bizarre occurrence, such as why some people result in becoming allergic to meat after being bitten by these ticks, and others do not. All I know is, it sounds like a nightmare.