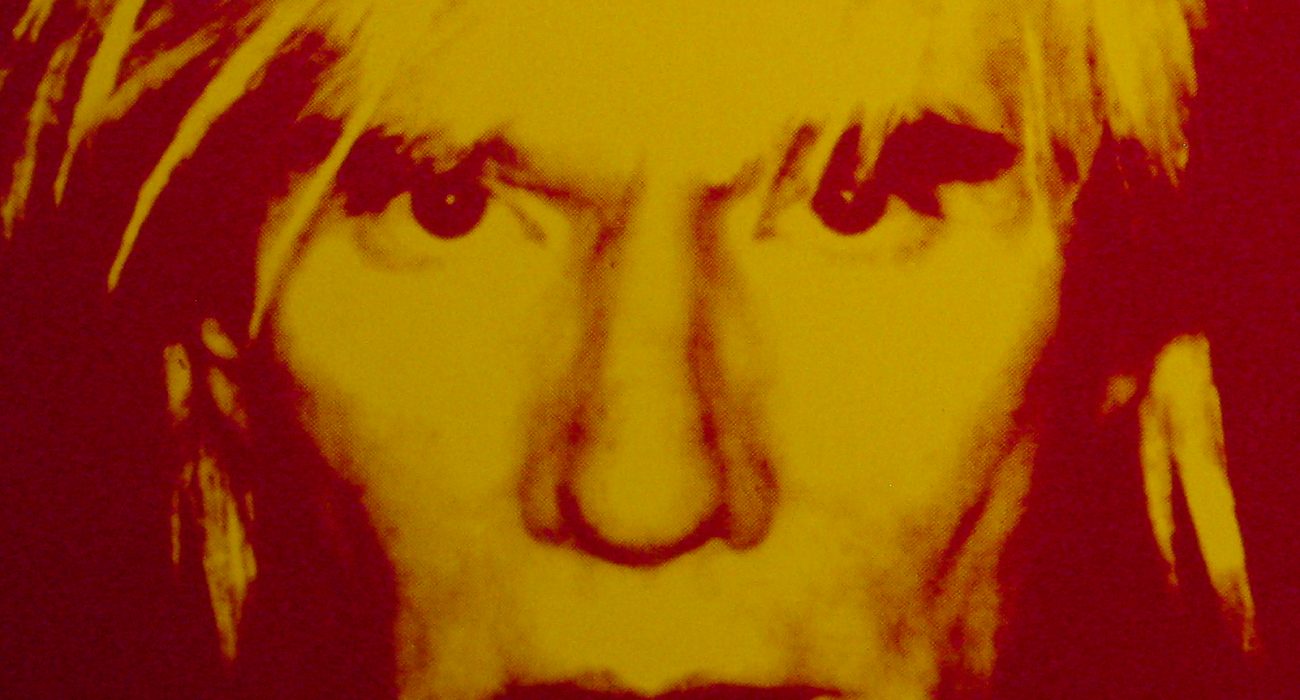 The Whitworth Art Gallery is currently exhibiting ‘Artist Rooms: Andy Warhol’, displaying some of the pop artist’s life works. Whilst the exhibition showcases his signature print style, the Whitworth also closely examines the recurring theme of mortality in his work. Warhol came to be fascinated by life and death after he was pronounced dead (albeit momentarily) when the Feminist writer Valeria Solanas shot him in the stomach for losing her manuscript in 1968.

Alongside the Campbell’s Soup cans that brought the artist fame, another Warhol classic, immediately recognisable as the artist’s, is the print based on the publicity photograph of Marilyn Monroe. This image is continuously recreated and splashed across t-shirts, as you will find should you ever visit Camden Market in London: the home of tacky t-shirts. Having died in 1962, Monroe demonstrates a further inherent theme of Warhol’s work in addition to that of mortality: celebrity culture.

Warhol started his art career as an illustrator for fashion magazines, working for the likes of Harper’s Bazaar, and soon became integrated within the fashion circles and celebrity culture. However it was not until after his Campbell’s Soup can prints took off in the late 1960s that Warhol’s work really established his perception of pop art, which began the previous decade. He fast became immensely popular within celebrity culture and it was not long until he became its reigning monarch. His followers and friends would frequent his New York studio ‘The Factory’, which showcased experimental art, film and music, such as live shows by the Velvet Underground.

In the 1970s, celebrity life revolved around Warhol and his studio, but they also leant their time to the infamous waterhole that was Studio 54. Warhol and his celebrity posse breezed past the crowds queuing for a taste of the limelight. As if entrance to the world’s most elite club did not already confirm Warhol’s celebrity status, he also founded Interview magazine: a publication still in print today. Regularly featuring the works of fashion greats, from Karl Lagerfeld to Yves Saint Laurent, the magazine firmly established his status and significance.

Whilst he fast became a revered artist, Warhol frequently circulated in and amongst the big names in fashion, such as his close friendship with Diane Von Furstenberg. He established a strong look and brand name for himself, with the iconic mop of white blonde hair and rimmed glasses. However he also provided the ultimate fashionable accessory; a staple of celebrity status in the sixties and seventies was to own your portrait painted by Warhol.

During the sixties and seventies, he was the life and soul of the artist, fashion and celebrity scene. Warhol continuously inspired fashion during his lifetime, even from the most unexpected sources; Campbell’s Soup adopted Warhol’s print to create a dress sold by the food company.

Since Warhol’s (second) death in 1987, he has by no means diminished in status or significance upon the art and fashion world. To name a few examples: Versace for Spring/Summer 1991 show dressed Linda Evangelista in a jewel-encrusted dress brandishing the Monroe print; Prada in their Spring/Summer 2013 used Warhol’s poppy flower print; Raf Simons for Dior Autumn/Winter 2013 featured some of Warhol’s earliest sketches from the fifties.

Jeremy Scott perhaps uses Warhol’s work in closest reference, basing every one of his collections on consumerist culture and advertising campaigns. Hungertv.com label him ‘the modern day Andy Warhol’.

It is clear to see that Warhol’s influence still remains and will do so for the foreseeable future. His work in pop art not only inspired the generation of artists and designers in his time but those that have followed too, hailing him a king worthy of his indisputable status.