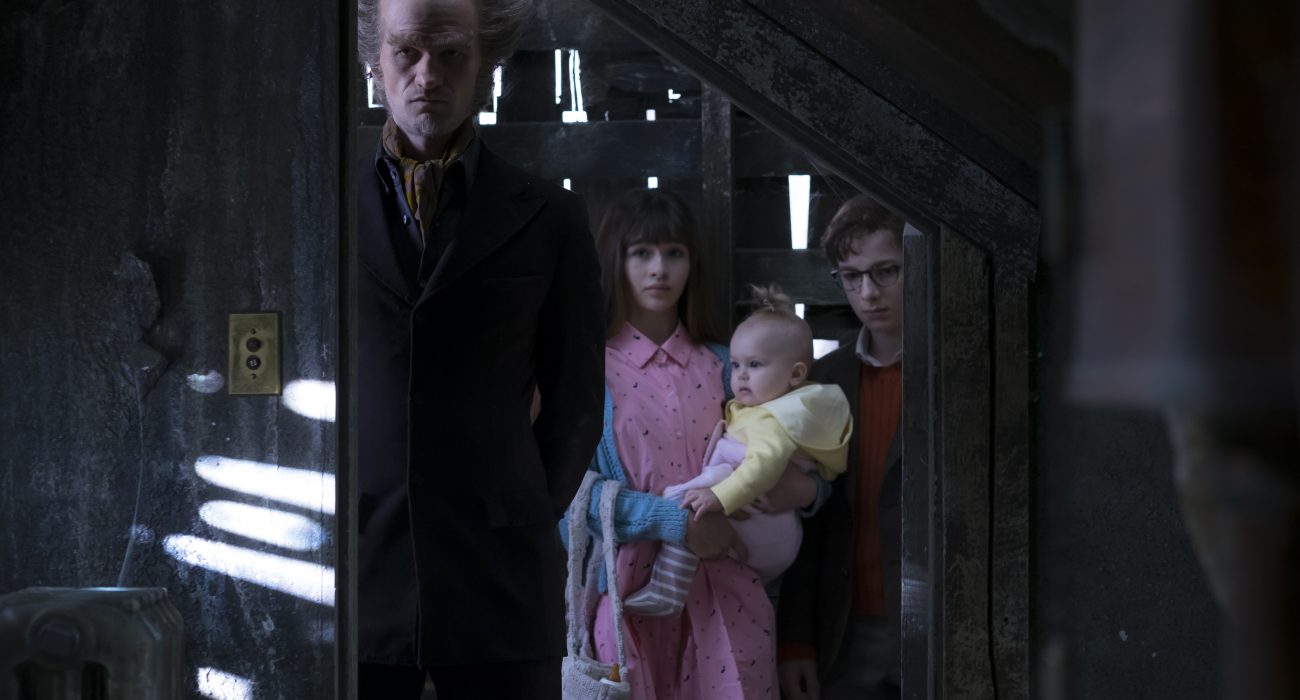 Review: A Series of Unfortunate Events

When it was announced back in 2014 that Netflix were taking on the gruesome tales of the Baudelaire orphans, fans of the adored book series by author Lemony Snicket (real name Daniel Handler) crossed their fingers that this would not become another failed attempt to franchise the series.

Quite conversely however, the eight-episode first series boasts intrigue, great casting, and is an overall faithful adaptation of the first four books of the series. This is allowed to happen by giving each story a two episodes ark, providing the uniquely whimsical tales to be fleshed out in a more comprehensive manner.  The story itself follows three newly orphaned children Violet, Klaus and Sunny as they are initially taken in by their evil relative — third cousin fourth time removed, or fourth cousin third time removed — Count Olaf (Neil Patrick Harris) who plans to steal their fortune. Neil Patrick Harris predictably steals the show immediately with an outlandish musical number.

The acclaimed Emmy nominated and Tony award winning actor gets to stretch his acting muscle like never seen before by not only portraying the ominous Olaf but also a plethora of equally distinctive and animated disguises for the Count (Stephano, the Italian reptile assistant from episodes 3 and 4, in particular shines).

The meta-humour of the series, (mostly worked in through Snicket’s narration by Family Guy alum Patrick Warburton), was a worthy addition to the series. His dry wit and off-putting anecdotes weirdly make the charming and more hopeful moments of the series more special as they are unexpected, given that Snicket recounts in his opening remarks:“If you are interested in stories with happy endings, then you would be better off somewhere else.”

The series, given the episodes extended 50 minute running time, does tend to drag from time to time with Snicket’s monologues sometimes becoming a monotonous rambling. If anything though this just adds to the intention of the series, to get the viewer to “look away”. Instead as a viewer your curiosity flourishes, a key aspect of any good mystery series.

A clear aesthetic divide in almost Tim Burton-esque fashion shows the juxtaposition between the hyperbolised worlds of good and evil, with the equivalent of Willy Wonka’s chocolate factory on the side of the noble and across the road — literally — the dirtiest and most desolate mansion in all of television (as I’m sure Snicket would want us to believe). This allows the show to appeal to a younger demographic whilst also adding to its absurdist charm.

So whilst the ambitious project is only in its freshmen year (with another season already commissioned) the future of the show is already looking bright, with hopefully more outlandish disguises, bleak humour, and colourful characters to come in the second year.