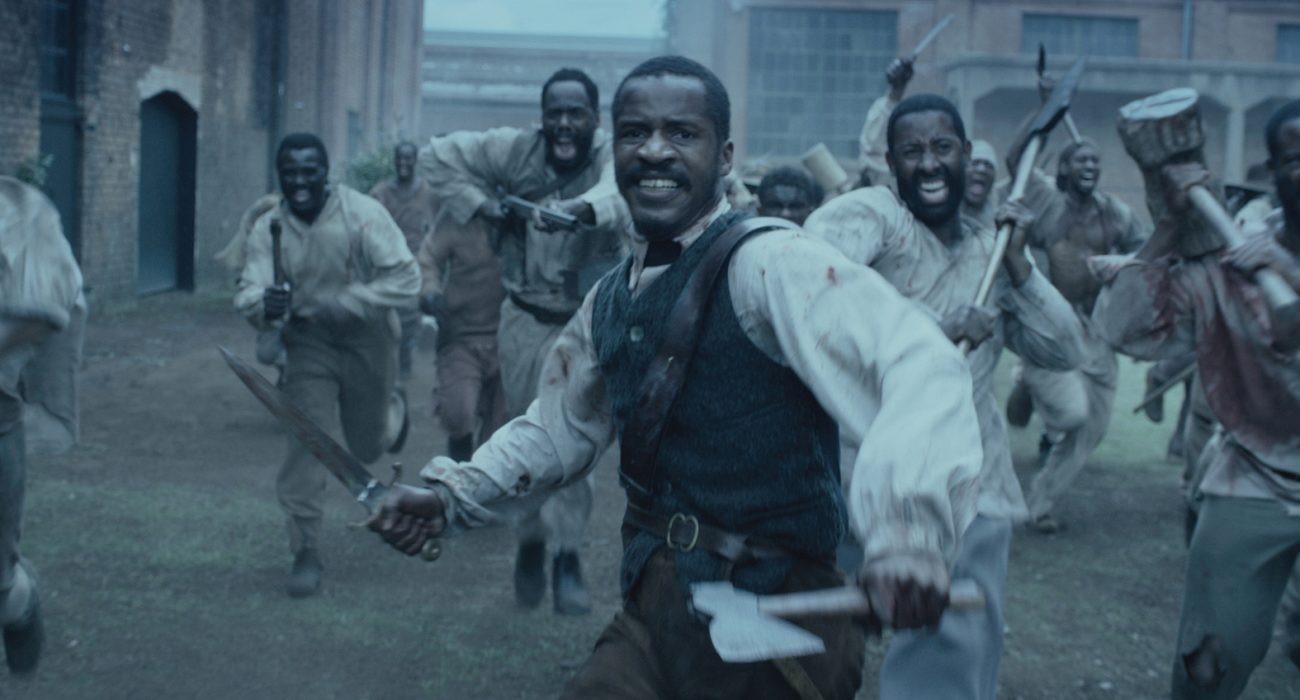 Review: The Birth of a Nation

Burning with rage and revenge, Nate Parker’s directorial debut The Birth of a Nation is immediately powerful through his choice of title, the same as D.W. Griffith’s Klu Klux Klan glorifying film from just over a century ago. However, it is a great shame that Parker’s questionable past of alleged rape has detracted from how the film has been received.

This story is the biopic of Nat Turner (Nate Parker), an African-American slave who initiated the pandemonium that was the 1830s rebellion he and his followers spread in Virginia, terrorising the pre-civil war South. As a child, Turner is taught how to read from the Bible and is made a house slave, a much less onerous form of slavery and essentially the lesser of two evils. Early on in the movie, the cotton plantation runs into financial problems when the owner dies leaving his wife Elizabeth Turner (Penelope Ann Miller) in charge. Due to this turn of events Elizabeth reluctantly transfers Nat to work in the cotton fields. We see the emotional turmoil young Nat experiences on his first day of labour; he can’t quite grasp why he is being forced to do this, yet he knows something is basically wrong.

The film next picks up Nat’s personal journey through slavery two decades later, the plantation is now owned by the son of Elizabeth and childhood friend of Nat, Samuel (Armie Hammer). He appears to have survived as well as any slave could, in spite of being a white man’s personal property and bearing that man’s surname which erases his own identity.

Nat’s knowledge of the Bible has put him in a more comfortable position compared to other slaves, made to deliver sermons for the neighbouring plantation slaves which ironically widens his first-hand experience of slavery. It is painfully clear that the basic human rights promised by the Constitution were in fact not intended for this lost population, uprooted and forced into a life devoid of meaning. The key moment in The Birth of a Nation is the shift in mind-set of Nat Turner. A more than heated disagreement occurs between himself, his master and a white reverend (Mark Boone Jr.), in which Nat attempts to reason with quotes from the Bible, only to be put down by the reverend’s choice of other biblical quotes. The argument ends in the kind of violence that is particular to the mindset of the white supremacist. It is in this moment Nat comes to the realisation that the Bible on its own is not going to change a thing. As a slave, this is an argument he will never win — he needs to act.

The rebellions that follow are of a raw vengefulness, unfiltered and violent. However, they are doomed to fail, lacking structure, organisation and most of all, power. We must not overlook that it is still only 1831, we’re still a long way even from Emancipation and the Civil Rights movement for equality of the 1960s. Nat Turner’s rebellion was an isolated first-step towards dealing with what was to become the biggest problem for 20th century America — the Color Line.