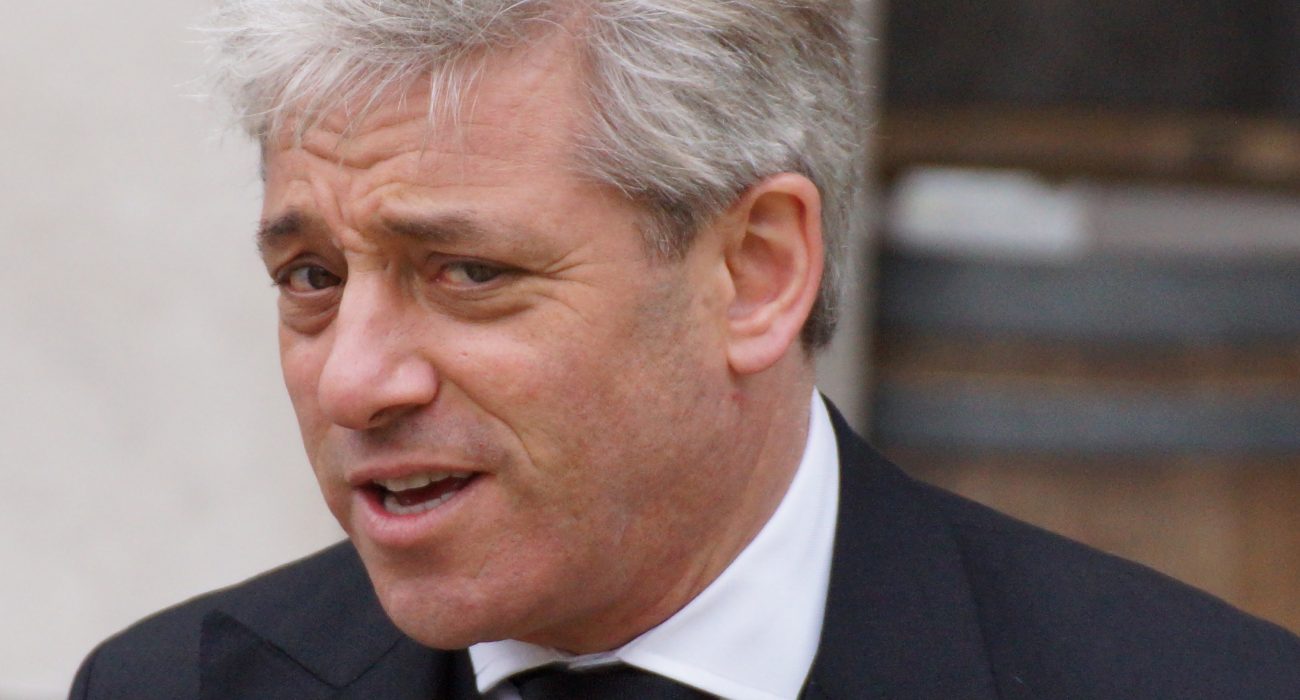 An election is approaching, one that will shape and characterise our politics for the better part of the next decade. The electorate number is just 650 — all members of the House of Commons. This small-scale, but hugely important, election has come about ever since John Bercow announced his decision to leave the post of Speaker after an impressive 8 years in the role. He has been celebrated both inside and outside of the Commons and has been an ardent reformer of Parliament. Some will praise his modernising drive, but I will avidly welcome his departure. To me, he will always be the Speaker who disregarded tradition and procedure in the name of “modernism” and “inclusivity”.

Bercow must be given credit. He has kept a firm control of the chamber during his tenure and has been an ardent supporter of the back benches, giving them the primacy and ability to scrutinise what they lacked. This was especially important in the height of the Blair years, when debate was dominated by the two opposing front benches.

But, Mr Bercow also suffers from an inflated ego. Since he became Speaker, he has relentlessly pursued an agenda that will, he clearly hopes, leaves him remembered as the biggest moderniser the Commons has ever seen. This is likely in the distinct hope that he will go down more favourably in history than his predecessor, The Right Honourable Michael Martin.

However, he has done something that usually is beyond the Speaker’s remit: he has become political. To have taken such action not only sets a dangerous precedent, but it also shows us that, for all we thought of the Speaker, he is no more of a pitiful virtue signalling snob than the likes of Anna Soubry or Yvette Cooper.

While he has correctly stated that there is no automatic right granted to a foreign leader to address Parliament, it is a courtesy that we often grant to our most important allies for its symbolic importance; the Speaker appears to have taken leave of his senses recently. He now appears to believe that we live in a world where he can give the finger to the President of the United States and not expect any retribution or knock-on effects that could prove detrimental to the UK in a post-Brexit world. The President has been shown to have a very delicate ego, one that we should seek to massage and not knock. The Speaker is managing to hurt our foreign policy, over which he has zero authority, with his own personal opinions. He has put his own personal feelings before the good of the country, which to me, demonstrates nothing but the most abject selfishness.

His reasons for blocking Mr Trump have been that the President is “racist, sexist” and so on, but the Speaker clearly has a very short memory. In the past, he has welcomed the Emir of Kuwait, who rules a country which bans homosexuals and Israelis and has a dire record on women’s rights, along with the President of China, whose country isn’t known for its racial tolerance or its respect for the rule of law. The Speaker’s actions are rank hypocrisy, plain and simple.

Furthermore, the Speaker is a man to whom the traditions and processes of Parliament seem to barely matter. With regards to the Trump scandal, he neglected to consult Lord Fowler, the Speaker of the Lords, about his decision. Yet, I am afraid this is not even his greatest offence against the traditions of the house.

During his time as Speaker, he has refused to conform to the dress code of his office, which traditionally consisted of a court dress, a wig and a gold embroidered robe. He has shown his displeasure for this ceremonial garb, opting instead for a simple black gown — seemingly without care as to whether or not he upholds the traditions and procedures which he is expected to protect and steward.

He committed another great offence last week when he decreed that the clerks of the House of Commons will no longer be obliged to wear wigs or court dress. With a single decision, he has cast aside centuries of tradition. What was his reason you ask? To make Parliament “less stuffy”. Any country would wish to have these valuable traditions; they’re upheld in the mother of all parliaments. The Commons and the Lords have governed this sceptered Isle ever since the Act of Union in 1707, and 300 years of unbroken democracy and tradition are what has kept Britain stable and made it what it is today. We are not continentals! We do not cast aside our past because some of it doesn’t quite fit with the world of today. We embrace it. It is all part of our unwritten constitution and part of what makes this country great.

His imminent departure would be most welcome. It is high time he took his radical ideas to the back benches where he can mutter to himself about the superiority his unnecessary reforms. But do not worry, for all is not lost; The Honour Jacob Rees-Mogg is being tipped as the likely favourite to succeed Mr Bercow. If this comes to fruition and Rees-Mogg is invested into one of the greatest offices in the land, the House’s traditions and the dignity will be restored. What a glorious thought.