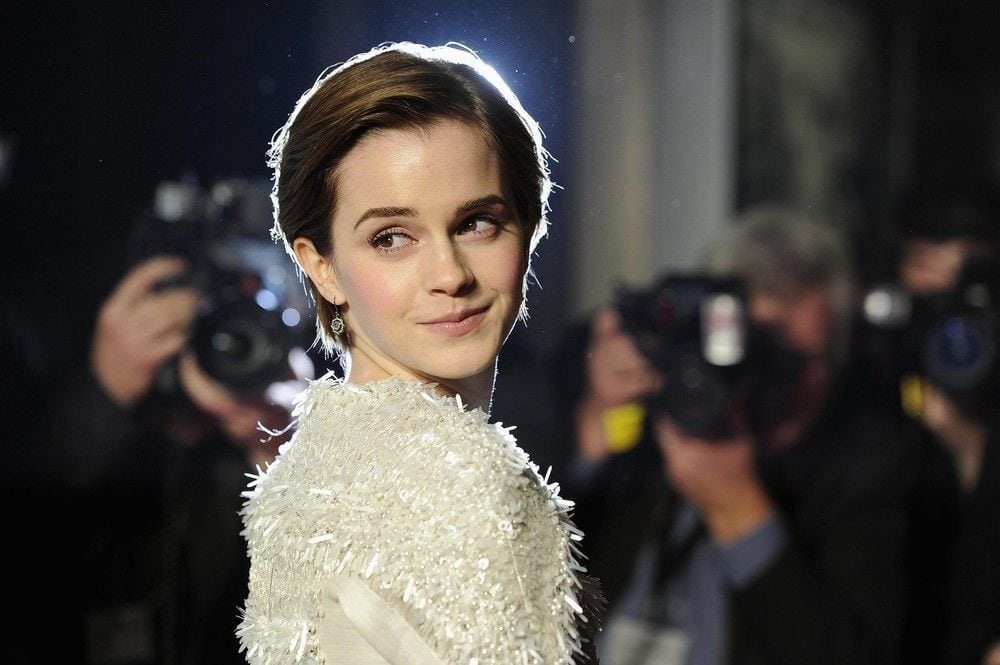 Sorry, but Emma Watson is still a feminist

That’s right, you heard it here first. In light of the absolute certified chaos that has erupted because of one (one) slightly raunchy photoshoot, Emma Watson has been under the firing line for not being a ‘true feminist’. Apparently, women with any degree of sexuality are staunchly disallowed to hold any form of intellectual debate. And God, imagine if they did. Silence her, lock her up, prevent the tit-ageddon that’s about to ensue: Emma Watson has boobs. How dare she be a feminist?

Clearly, holding this ridiculous standard for the Harry Potter star is absurd. Chimamanda Ngozi Adichie, Nigerian novelist, famously preached that feminism and femininity should not have to be mutually exclusive. You should not have to look, dress and act more like a man to be taken seriously. Femininity is a powerful tool for accepting yourself, for learning to love and use the characteristics that make you the woman you are. Why is Emma Watson being punished for doing this? Watson has contributed a great deal to the feminist cause when she really didn’t have to (let’s not forget how she, regardless of her feminist ideals, is packing away the pounds in a Lloyds bank near you). So, here are five reasons why Emma Watson will always be a feminist — topless photoshoot or not.

Firstly, she has a degree. And not just any degree, it’s a degree from Brown University and Oxford combined. Before earning it, Emma Watson was an actress, and a famous one at that. She could have just continued in the pursuit of her acting career, but she took it upon herself to become as educated as possible, knowing that there is nothing more powerful than a knowledgeable woman. Like the rest of us, she studied hard, knowing that if a woman wants to get ahead in this world, she has got to have some resources to her name. She proved that women do not have to be compartmentalised into a single career – we can be creative and clever. A picture revealing about three inches of tit should not undermine all this hard work.

Secondly, Emma Watson helped launch the HeforShe campaign through her excellent speech at the UN Headquarters in 2014. As the UN’s Goodwill Ambassador, she preached the importance of eradicating double standards for both genders, a topic not always touched upon enough. She also attempted to dispel the myth that feminists are man-hating misandrists who aim to expel the world of all things male. No. Feminism is about equal opportunity. Feminism is about the right for anyone to express themselves free from gender prejudice. It just so happens that the damn patriarchy means that women get the brunt of this more so than men. Feminism is not about oppression, of men or anyone else, it’s empowering and it’s necessary. Emma Watson just gets that.

Thirdly, Watson has travelled intercontinentally to spread this highly important message. She has been to Uruguay, Bangladesh and Zambia (to name a few) in an attempt to try and promote the importance of girls getting a proper education. So, the next time you guffaw about the inappropriate nature of that one Vanity Fair cover shoot, answer me this: how many times have you scaled the globe in the plight for equality?

Fourthly, Emma Watson played Hermione Granger. It’s safe to say that we all know Hermione was bad-ass. She was clever, witty, motivated and (let’s face it) completely essential to the survival of Harry and Ron. They literally would have died had it not been for her Devil’s Snare knowledge/time turner/Alohomoras up and around the castle. From the tender age of twelve, Watson was proving that female characters can be fierce. But yes, of course, one picture in one magazine can undo over ten years of a feminist reputation. That makes total sense.

Finally, Emma Watson is still a feminist because she believes in gender equality. That’s it. Surprise. She fulfils the most basic principle of feminism, so I’m sorry to tell all you haters, but she’s going to make the cut. Her Vanity Fair photo was not for the benefit of men, but for her sexual exploration as an individual. Now, is it slightly ironic that she criticised Beyoncé for the sexual nature of her self-titled album just a few years ago? Yes, undeniably. But that doesn’t make her anti-feminist, it makes her a hypocrite.

It seems like all this fuss surrounding the mildly erotic nature of Watson’s cover shoot is missing a massive problem: men do not receive the same treatment. The message omitted is that women cannot expect to be both taken seriously and, at the same time, have sexual allure. I don’t recall there being this kind of discourse when topless pictures of Justin Trudeau went viral — no one accused him of being any less able to lead a country. Yet, it would seem that if a woman chooses to express her sexuality (and let’s be real, the photo wasn’t even that provocative) then all her achievements, all her previous battles for gender equality are deemed void. Double standard? Is that you knocking at the door? It seems 2017 is more than willing to let you in.