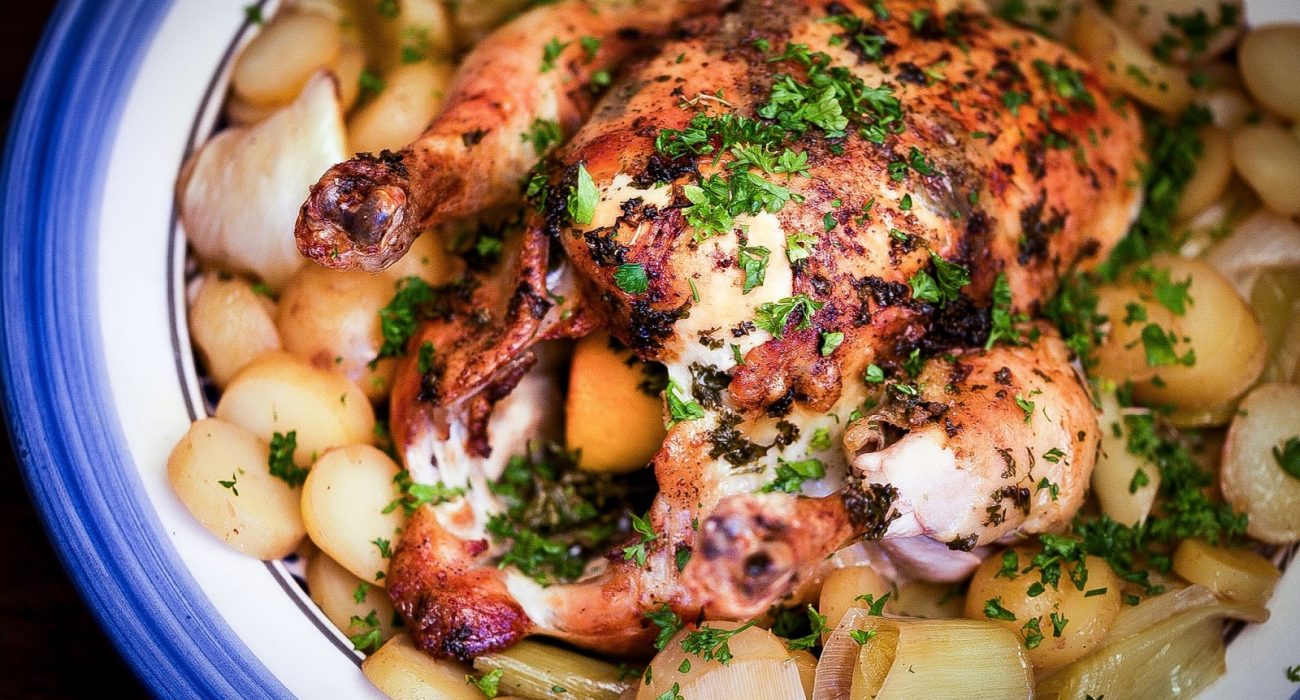 Method
Wash and roughly chop the parsley. Set half aside and mix the other half with the butter.
Place the chicken (take out any giblets first) in a very large roasting tin — the leeks and potatoes will go around it — and carefully lift up the skin on the breasts. Place half the butter under the skin and push it as far down the breasts and legs as possible. Smear the rest of the butter on top of the skin. Squeeze the lemon over the chicken before chucking the halves into the cavity along with a few stalks of parsley. Generously season the bird.
Cook in the oven for 20 minutes.
As the chicken begins to cook, slice the potatoes into rounds a centimetre thick and the leeks 4 centimetres in length (having topped and tailed them, don’t forget to wash the leeks to get rid of any soil).

Bring the chicken out of the oven and scatter around the potatoes and leeks. Pour in the vermouth and stock.
Return to oven and reduce temperature to 180˚. Cook for a further hour.
Remove from the oven and check that it’s cooked through (not pink, clear juices. If you want to get technical then an internal temperature of 70˚ is required).

Place the chicken on a plate to rest whilst you prepare the sauce. Either surround the chicken with the leeks and potatoes or place them in a separate bowl and cover with foil to keep warm.
If your roasting tray can go on the hob then leave the liquid in it, otherwise transfer to a pan. Add the crème fraîche and whisk over a low heat until incorporated (mine split it can easily be whisked back together) and bubble until the sauce has reduced to about half the amount.

Get everything together to serve and tuck in! 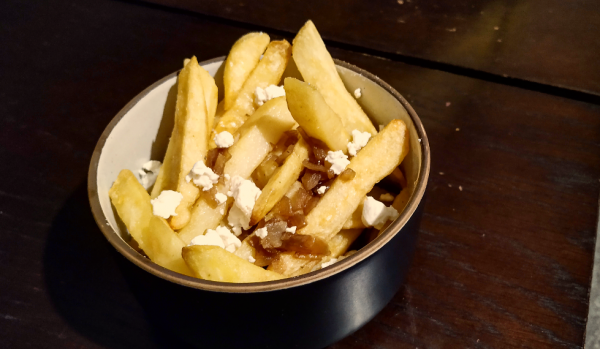