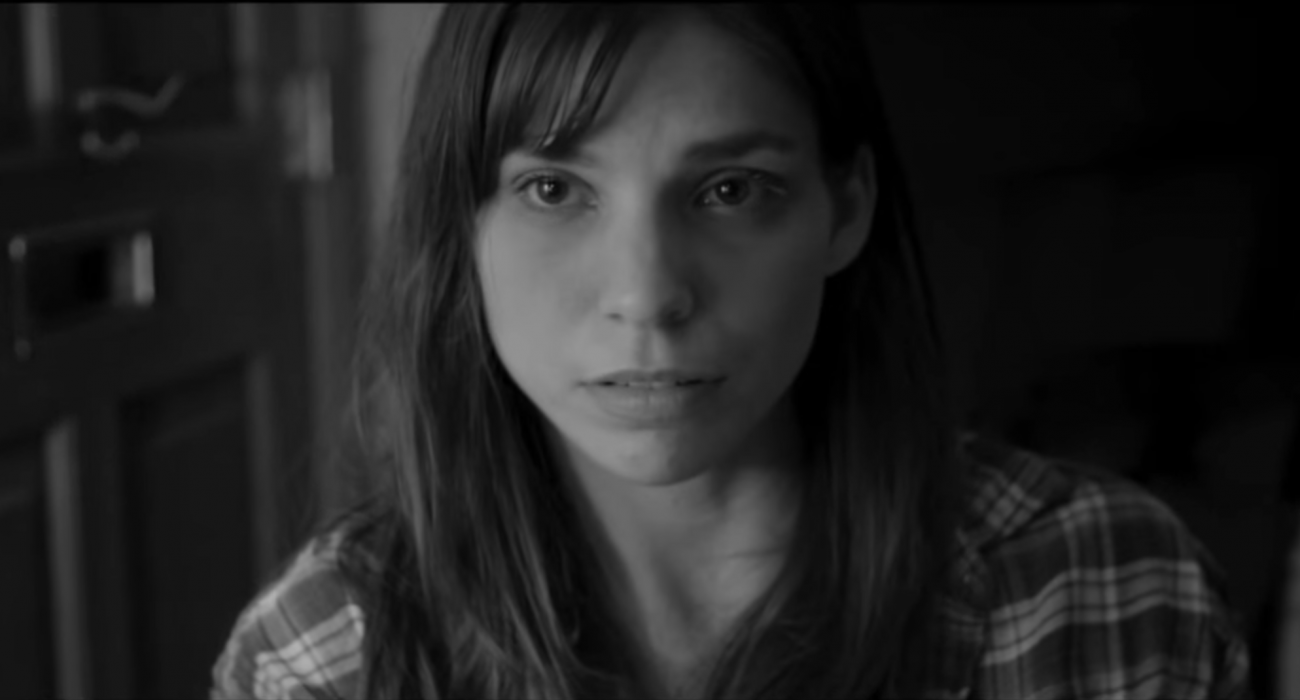 Coming to Manchester Film Festival for its UK premier, Josephine Doe is the tale of one girl’s battle with grief after her father’s death. Whilst Claire attempts to deal with this dramatic change in her life she meets Josephine, a much needed ray of sunshine in an otherwise dark world. It seems suspicious however that her arrival is always at the exact moment she is needed and if it seems too good to be true, it probably is.

The black-and-white cinematic style is an intriguing directorial decision by Ryan Michael, one that gives the film individuality whilst also acting as a vital detail of the narrative.

Following her father’s death, Claire’s life begins to blur the boundaries between real life and imagination, no longer being able to distinguish whether the people around her actually existed. Opting to shoot this way allows the grey areas in her reality to be emphasised, giving the audience the opportunity to see the world through her eyes.

Furthermore, the use of black-And-white changes the focal point of a film, shifting the interest to the story and the substance. What is within the frame moves to the forefront of the viewer’s mind as there are far less distractions in the form of colour.

To create striking or evocative imagery for this particular style, one must master the art of lighting. Where in the frame the light should hit, and perhaps more importantly where it shouldn’t. Every frame in a truly great black-and-white picture should be a well-composed thing of beauty, for example Casablanca or more recently the Coen Brothers’ The Man Who Wasn’t There. Josephine Doe does not reach the same heights, that is definite. But for an indie film with a relatively unknown cast and crew it is a marvellous effort.

In terms of quality there is a disparity between the best and worst scenes. When the film excels, it does so commandingly of which a perfect instance of this is the ending. At the climax, Claire’s sister Angie approaches her in an attempt to rekindle some form of a relationship, an attempt to lead her away from her grief induced mental health issues.

Claire is then faced with a difficult decision: try to mend her family ties and leave Josephine behind, or abandon her sister to live in the realm of fantasy. The presentation of her decision was both deft in its implementation and emotionally fraught rising far above everything prior.

Another scene which should have equally stood out is the moment Claire is told that Josephine isn’t real. From the steady build-up of anticipation to that moment the expectation was of an uncompromising and harrowing reveal. An explosion of emotion as Claire’s life begins to slowly collapse around her. Instead she simply brushed the news off, as if it was but another small issue to add to her pile. This is an area where the film falls short. Too often the scenes with the biggest impact on paper didn’t materialise on the screen.

Had Josephine Doe managed to maintain that same high standard seen in the final 10 minutes the resulting film would have been a masterpiece. Nevertheless Michael’s work is worthy of high praise and is a fantastic addition to the line up at the festival this year.