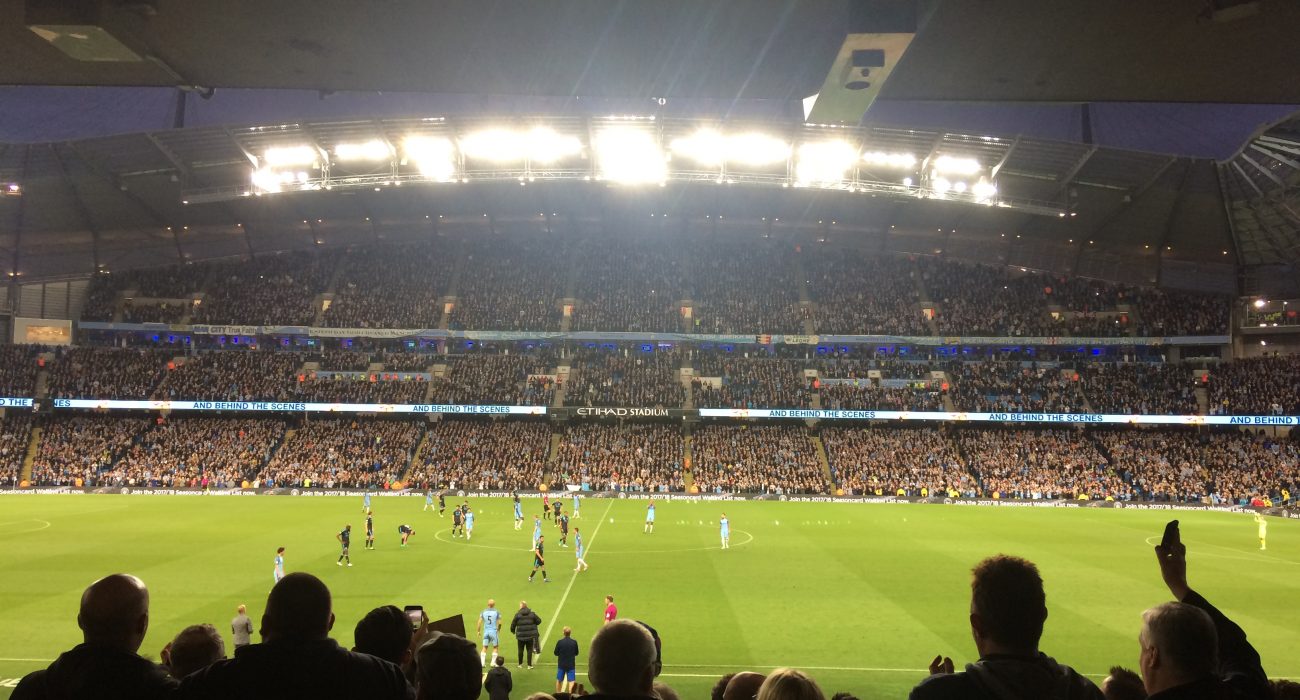 Photo: Pablo Zabaleta making his way onto the pitch

PS I love you

The missus made me watch this film, I swear. I wanted to watch 2 Fast 2 Transformers: The Origins, or other manly films. This film is about when Gerard Butler’s (pft I only know the actor’s name because I wasn’t paying enough attention to know the character name) beautiful and romantic relationship with a woman is ruined when he dies and she is left without him.

The relationship between Gerry… I mean Gerard… and his wife was gorgeous. They just ‘got’ each other! They both made mistakes, but their love knew no bounds. Despite his departure, their love lived forever and it still felt like Gerry was still around, and Holly struggled to replace Gerry.

Gerry was especially good at crunching slide tackles and assisting goals from right-back… okay, fine, I’m projecting! The love between City and Pablo Zabaleta knows no limits, and he will forever live in the hearts of City fans after his departure.

This was Zabaleta’s final home game for City, coming off the bench to a rapturous crowd. He was later given the captain’s armband on the 77th minute to mark his 333rd game, when Vincent Kompany was substituted. The two gave each other a big cuddle.

Man of the match

(It was really Agüero and I’ll talk about him later, but just give me this moment).

It was an atmosphere I don’t think I’ve ever experienced. I was at City when Sergio Agüero scored the winner against QPR in 2012 to win the Premier League – but this was different. It was premeditated, and it was pretty lovely.

From the very first minute of the game, despite how he didn’t start the game, Zabaleta was the City fans’ focus. They sang his name for 90 minutes and reduced him to tears at the end.

It’s a little bit sick when you think about it – 60,000 people tormenting a man until he finally breaks down into tears. In his nine-year’s service, Zabaleta played like any fan would hope to, going in for challenges he had no right to.

At the end of the game the fans waited for Zabaleta to come back onto the pitch with his son (who frankly was completely disinterested in the whole shebang and just kept running around in circles crying). He was gifted a First Aid Kit for the number of cuts and bruises he’s picked up in his time, a commemorative shirt, and a season-ticket for life.

So, I’m going to actually talk about the match now, but a single tear will remain on my cheek. Despite not scoring Sergio Agüero put in an excellent performance. There’s been murmurs as to whether Agüero will struggle to get into the team next season, with Gabriel Jesus impressing, but Agüero’s performance proved that he could play alongside Jesus upfront.

On the 16th minute, he assisted Leroy Sané in what should have really been the game’s opening goal. With incredible tenacity, he was running at the West Brom defence all game trying to retrieve the ball, and he did it here stealing the ball away from Craig Dawson to play through Sané. Clean on goal, Sané hit the ball straight at the keeper.

But it only took ten more minutes for Agüero to make his the difference. City were struggling to break-down West Brom’s resilient four-hundred-man defence (10), but as the ball was played to Agüero’s feet with his back against goal, he flicked it round the corner for Kevin de Bruyne to latch-onto the ball and shrug off two defenders.

Making his way into the box, de Bruyne pulled the ball back for a Jesus tap-in. That was de Bruyne’s 16th assist of the season, which he followed up with a goal two minutes later with a half-volley outside the box.

Although it is Zabaleta’s exit that will make all the headlines, this could have also been Yaya Touré’s last home game for City, which he capped with the third goal of the game, curtesy of an Agüero assist. A simple yet superb one-two between both of them saw the defence flat-footed, and the Ivorian sauntered into the area to tuck-away the goal.

The Old and the New

I’ve just written a 12,000-word dissertation on the linking of past and future in the ancient epic The Aeneid (see – I’m still italicising it and everything). So, I have a strange obsession with past mingling into future, which was on show in this game.

We saw the end of an era with Zabaleta, and possibly Yaya Touré. The likes of Fernando, Alecksander Kolarov, and Willy Caballero may also have played their last game at the Etihad. Touré scored a classic-Yaya goal, Vincent Kompany was commanding at the back and went off with a slight injury (should be fine for the next game), and City turned a comfortable 3-0 win into a cagey affair in the last five minutes after Hal Robson-Kanu converted from close: it was Classic City. But the future was there too.

Leroy Sané may not have had his best game, but the second half of his season has been promising, having been nominated for the PFA Young Player of the Year. And Gabriel Jesus bagged himself a goal. City were playing classic Pep-style, with de Bruyne and Silva playing anywhere across the front line, and Agüero dropping deep like a false-nine. Some of the football was scintillating as the old made way for the new.