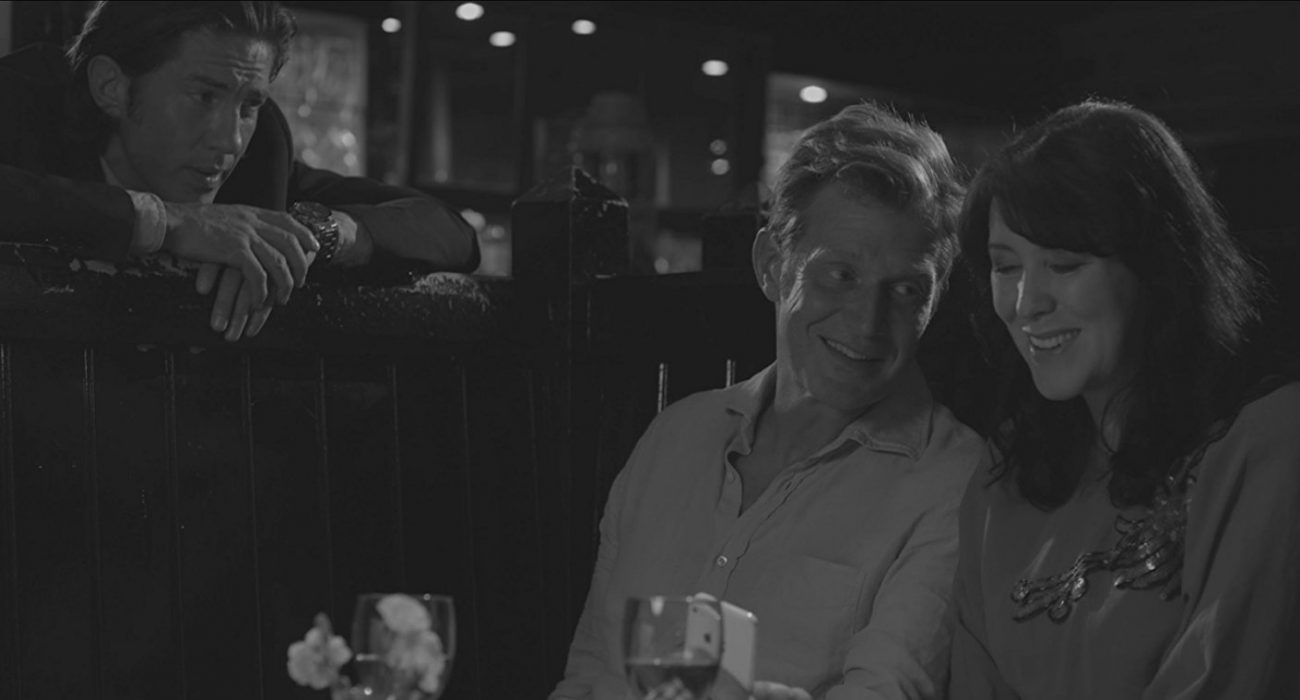 In conversation with Neville Pierce

Having seen the marvellous short comedy Ghosted at this year’s Lift-Off film festival we approached director, Neville Pierce. His career has been varied, from journalist to screenwriter to director. He shared with us some very interesting and honest insight into the world of film journalism.

It was during his time at Bournemouth University that Pierce first developed his interest in journalism, and more so in writing about film. Being naturally good at storytelling, “spoken or written”, it is this that drew him to the art of reporting. Whilst studying journalism more generally, Pierce religiously read the now extinct film magazine Neon which led to him to push himself to try it for himself. His reasoning being: “Someone has to write for movie magazines — so why not me?”.

Starting off as the logical next step as a part of his journalism degree, a week’s work experience turned into two months working at the North Devon Journal. He recalls that the journalists there “were mostly only recent graduates themselves, but at the time seemed much older and wiser — and sexier — than I could ever aspire to be”.

Having been editor of the fortnightly paper The Nerve for a year, it was a natural question to ask what were his best and worst experiences in that position. To this, Pierce’s answer was an event that was simultaneously both, as he remembers “being shouted at by a columnist for editing his work — but he subsequently apologised, accepted the edit, and we remain close friends 20 years later”. If he could give his student editor self some advice, it would be to “admit your mistakes — even if only to yourself. Everything is useful, even the failures. Everything can be shorter, from articles to meetings”.

A journalist before the explosion of the internet in the 2000s, his experience of journalism was quite different to that of film critics or any journalists today, the main problem being that beforehand, “people paid to read things. So YOU got paid”. A result of the use of the internet for film criticism was the development of aggregated review sites such as Rotten Tomatoes, which Pierce recognises as a useful tool, “if you want a barometer of critical opinion, though inevitably reductive”. He also points out that percentages will never replace an actual film review, as he might watch something a critic has not liked, depending on their taste.

As for him and his incentive to review films, he sums it up as a combination of “ego, enjoyment and earning” which may also be said for the majority of film critics. His response to what he wished to achieve through creating artistic content: “Buying a house”. His process of reviewing films is a unique one (this was before he was directing them), advising to, “tell them what you’re going to tell them, tell them, tell them what you just told them. I was told that at school, about public speaking, but it applies to that type of writing too I think. Sometimes you can be more playful, especially if you’re writing a long lead review – you can give more career context or make a point about theme. I always try to judge a film on what it is trying to achieve, as well as whether it is personally to my taste”.

Even critics have favourite critics. Pierce gave me this response when posed the question: “David Thomson changed the way I looked at film writing with Rosebud, his biography of Orson Welles. His Biographical Dictionary of Film is wonderful, too. I can’t remember who said if you write about film then you get to write about everything, but that would apply to him. Peter Bradshaw (The Guardian) maintains a remarkably high standard. Robbie Collin (The Telegraph) is eclectic and insightful. Guy Lodge (Variety) has a delightful turn of phrase”.

He continued: “I am in awe of the breadth and depth of Kim Newman’s knowledge. Others who are less critics — though they do write reviews – than general film journalists would be Damon Wise (Neon and Empire), who was a big influence who became a friend. Matt Mueller (Screen International) is a fine editor and a fine man. Ditto Dan Jolin, who gave me my first bit of paid work, back at Total Film. It’s a long list, really. I’m impressed by what Joe Utichi is doing with Deadline’s magazine Awardsline. Chris Hewitt and co are very good on the Empire podcast. Jamie Graham is a very fine interviewer and informed critic — I value his opinion highly. The best all-rounder, broadcast and print, is Mark Kermode, for my money. Entertaining, informed, fluent on paper or on screen or speaker — superb”.

Getting more and more influential in his work, Pierce went from a staff position editing Total Film to being a freelance journalist for Empire. The transition from one job to the other was a noticeable one. “I didn’t have to manage people, I just had to manage my time. I didn’t have as much influence on what went in the magazine, of course, but I did have more freedom”, which led to an obvious change of pace for Pierce and a much better quality of life.

Less of a transition of sorts and more of a variation in that field of work, Pierce described his experience in both radio and print journalism as quite different ones. “Print generally allows more depth (though not always). It also allows you to edit yourself more effectively and hide your incoherence. Radio is merciless in that regard”.

Pierce managed to obtain exclusive access as a member of press to the film sets of Fincher’s Zodiac and The Curious Case of Benjamin Button. “I had interviewed Fincher for a retrospective piece on Fight Club and we had got on, but when I emailed his assistant asking to visit the Zodiac set I expected to be told no – because he doesn’t generally allow journalists on set. So, really, I was incredibly surprised to be there. I also felt — and feel — he is one of the greats. So I was soaking up every bit of detail I could – for me, it’s like having the opportunity to go on set with Kubrick. I think the best set visit article — of the many I’ve written for Fincher films — was probably for Zodiac, because it was so fresh and exciting an experience for me”.

Now Pierce’s time is mostly taken up by screenwriting and directing, this did not happen over night and was a gradual shift in his career. The short version of why exactly he is on the filmmaking end of movies now is that he always “at least subconsciously, wanted to do it – and eventually, the fear of failure was outweighed by the fear of not trying”.

In an industry where one’s work is constantly scrutinized, the fear of failure never dissipates. “Whether it’s articles or scripts or finished films, I don’t think you’re ever completely satisfied. You may look back years later and be able to say you think something was good – or, at least, close to what you had in your head.”

For my final question, I asked Pierce how he would describe the relationship between filmmaker and film critic. The answer was, “carefully”: “I think Barry Norman probably said it best: ‘All critics are parasites – but parasites can be useful.’ So, yes, critics can’t exist without something to comment on. But great criticism can be beautiful – and definitely useful. Some critics are snide and ill-informed, of course, and that must be infuriating when you’ve worked hard to make a film (I’ve felt angry and frustrated upon reading ignorant reviews of the work of friends or filmmakers I admire), but a great many are dedicated, informed people who love cinema and work very hard for modest reward. I think I used to look down on film journalism, basically because I did it. Now I see its value much more. And it irritates the hell out of me when filmmakers are scornful of critics as a whole – especially filmmakers who are happy with critics when they love their work, then dismissive of them when they don’t. You have to take your lumps”.

You can find out more about his past, current and upcoming projects at nevpierce.com