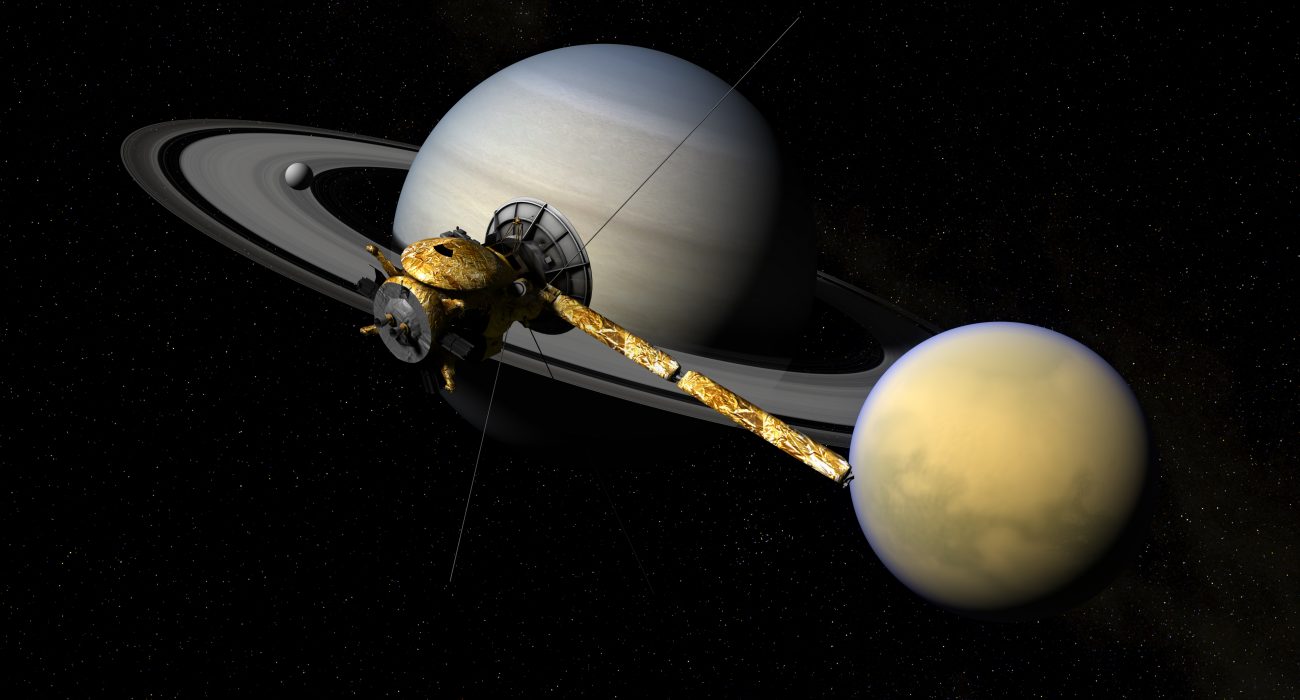 On Friday the 15th of September, the Cassini probe was purposefully directed into Saturn, burning up in its atmosphere almost instantly and bringing to an end an almost 20-year mission to study the gas giant.

Launched on the 15th of October 1997 as a collaboration between NASA, the European Space Agency and the Italian Space Agency, the Mariner Mark II spacecraft entered Saturn’s orbit on the 1st of July 2004, and spent the following 13 years studying the planet’s famous rings and natural satellites.

The rings were discovered to be composed of mostly water ice, and whilst extending a phenomenal 80,000 km away from Saturn’s equator, were found to be on average only a few metres thick, and even as little as one metre in some areas. Their icy composition explains why they are so visible, and can be seen from Earth with only the aid of amateur telescopes, as the ice reflects the sun’s light.

Another major component of this groundbreaking mission was the sending of another probe — Huygens, named after the Dutch astronomer Christiaan Huygens, who discovered Saturn in 1655 — onto the surface of Titan. Huygens successfully landed on Titan’s surface on the 14th January of 2005, and from this made important discoveries such as the composition of Titan’s atmosphere, and the presence of liquid lakes of methane and ethane in the polar regions of the moon.

Perhaps one of Cassini’s most famous and recent events was in 2015, when it flew through a vapour plume erupting from the surface of another of Saturn’s moons, Enceladus. These plumes were first discovered a few years previously, and various analyses and data from Cassini’s fly-through confirmed that these clouds contained mostly water vapour, as well as traces of nitrogen, methane and carbon dioxide. The plumes are from liquid repositories under the surface of Enceladus which erupt when they reach the surface of the moon, in much the same way that geysers behave on Earth.

Of course, what goes up, must come down — even if not necessarily back down to Earth — and Cassini made its preparations for its ‘death plunge’ into Saturn’s atmosphere a few weeks ago. In preparation for this final act, the probe became the first man-made object to orbit between Saturn and its rings, making several orbits in this region and continuing to make scientific observations. The decision to destroy Cassini in this manner came from worries that biological contamination from the spacecraft could affect any one of Saturn’s moons — particularly Titan and Enceladus — if these worlds harbour any form of extraterrestrial life.

Finally, Cassini took one last picture of Saturn’s atmosphere before entering it; signal was lost at 7:56 AM EDT on the 15th of September 2017.

Few missions to explore the outer reaches of our solar system have given us so much information about the worlds orbiting our star, as well as prompting such marvel and wonder about outer-space and beyond.

Thanks to Cassini, further missions to the Saturnian system are being proposed, including the suggestion of sending a probe to Enceladus and its geysers, with the explicit goal of finding life elsewhere in the solar system.