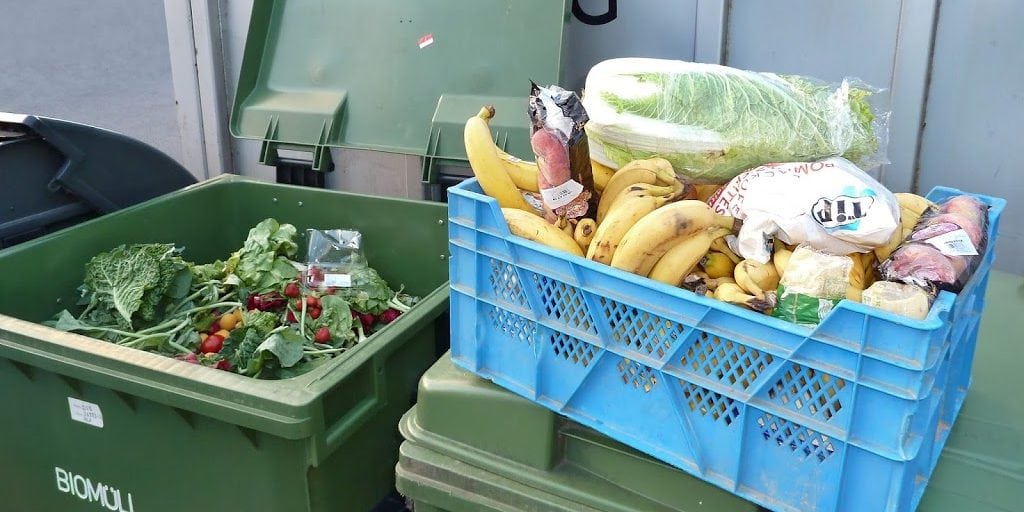 Manchester’s issue of homelessness remains impossible to ignore. According to recently conducted research, the numbers of rough sleepers in the city have quadrupled since 2015.

One in five people in the UK are living below the poverty line, and since opening its doors in 2013, the Manchester Central Food bank has given out 4014 three-day food parcels to families across the city.

These are problems we witness around us day in and day out. Although, what many of us remain oblivious to is the shocking scale of corporate food waste, which remains very much behind the swanky closed doors of many Manchester hotels, restaurants, and supermarkets.

The ‘food waste scandal’ has popped up from time to time in certain sections of the media but I wonder how much of it is really entering our collective consciousness. Perhaps it is something that has to be seen to be believed.

I became aware of the sheer magnitude of this waste first-hand while working a catering shift at one of Manchester’s most prestigious hotels. Even after the staff had tucked into the ‘leftovers’ there remained trays and trays of untouched food. My instructions were to simply to bin it all and be quick about it.

I asked if this could be packed up and handed out to those on the streets that I passed on my way into the hotel, but my supervisor simply muttered something about practicalities and the ticking clock.

My supervisor was not a bad person, and the organisation she works for, whilst not driven by a social mission, would very happily bask in the good PR of a well-publicised food-recycling scheme. So I wondered, what are the barriers to tackling the profligate waste of food that occurs every day in our cities?

As highlighted by Tristam Stuart, founder of ‘FeedBack’, an environmental organisation that campaigns to end food waste at every level of the food system, this is not about “rotten stuff” being thrown away.

I’m sure as students, we are all guilty of the crime of allowing the needless wilting of perfectly good salad leaves, and have discovered many a forgotten loaf in the bread bin. However, these minor misdemeanours pale into insignificance when compared with the sheer scale of daily corporate food waste. This food is fit for human consumption and yet gets sloshed to the bottom of bins, fated either to join the UK’s 400 million tonnes of waste buried in landfills and shipped overseas per year, or to be scooped up by one of the many rough-sleepers taking their chances with potential illnesses in order to fill their bellies for the night.

It is estimated that around one-third of all food produced is wasted. This amounts to approximately 1.3 billion tonnes of food waste per year, as stated in the UN Food & Agriculture Report in 2011.

With 5.8 million people in the UK living in ‘deep poverty’, unable to afford everyday essentials like food, and the homeless currently fearing the worst winter crisis for 20 years, action must be taken to address such astronomical squander.

“We need to move away from our broken food system where food that is fit for human consumption is ultimately going to waste while thousands of people in the UK and globally go hungry,” says Ben Murphy, a spokesperson for FeedBack in an exclusive Mancunion interview.

Charities, such as FeedBack and ‘The Real Junk Food Project’ (TRJFP), are among those who have recognised the potential of food waste to provide aid to those in need, such as the homeless. These charities attempt to overcome the cosmetic standards of supermarkets placed on farmers, overcautious sell-by dates of supermarkets and general poor planning of food shopping by consumers — both at household and corporate levels — through redistributing this waste and placing pressure on big corporate names.

From TRJFP’s food waste pop-up restaurants that provide meals “for anyone and everyone, with a focus on those in need on a pay-as-you-feel basis” to FeedBack’s ‘Gleaning Network’ that reallocates rejected fresh fruit and vegetables from farms to those struggling, efforts to change how we view our “waste” are clearly increasing.

However, more remains to be done. With the hospitality and food service sector accounting for the third largest producer of food waste in the UK (WRAP statistics, 2017) and the number of homeless people in need ever-growing, the concept of valuable, nutritious food needlessly being cast aside can no longer be a model that we simply live with.