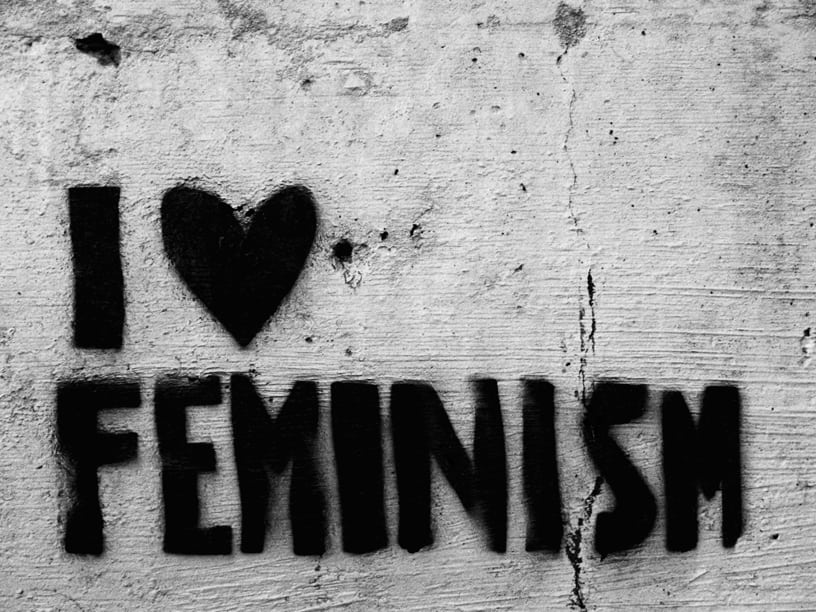 Walk into Harvey Nichols and you will see that Dior has recently released a new line of t-shirts that have the bold slogan: “We Should All Be Feminist” — the t-shirt retails for around £500. Turn on the television and you will see commercials for tampons that make them sound like the new symbols of female liberation. Do a quick search on Google and you will find endless results by Buzzfeed that list “Feminist Items You Need For Your Home Immediately.”

When did things become so ludicrously absurd?

There’s been a dramatic shift in the cultural attitude towards the feminist movement since its first-wave conception in the late 1800s. What used to be a deeply offensive idea, the idea of women being owed political, economic, and social equality, has now taken a spotlight in mainstream consumerist society.

Any product that has any relation to women whatsoever, such as make-up, high heels, household decor, or clothing, is angled and sold as ‘feminist’. It is interesting to note that many of these goods were seen in the late 90s to be tools of patriarchy that were all meant to channel the attention, esteem, and hard-earned capital of women into frivolous hobbies that distracted them from challenging male superiority.

It is clear that the products themselves have not changed, but in a brilliant marketing move, our perceptions of them have.

These consumer products are incredibly problematic in many ways. Firstly, they tend to dilute the feminist message into depoliticised slogans that emphasise individual spiritual liberation rather than structural reform. You will never see advertisements for makeup that depict women being harassed on the street or even in the workplace on the basis of their image.

Instead, makeup advertisements are geared towards messages of ‘feeling confident and empowered’. It boils feminism down from a harsh protest against institutionalised gender discrimination to trivial and patronising affirmations of self-improvement. Sexism goes from being a wide social problem to one centred around the self-esteem of individuals.

This deep misrepresentation of obstacles facing women causes people to trivialise and dismiss the feminist message. And women are taught that their feelings of isolation and alienation from their society are caused by their own shortcomings rather than centuries of exclusion.

Furthermore, this distortion causes an anxiety that can only be solved through consumption. Commercials tell women to realise their desire for equality by buying products, otherwise their empowerment may not be valid. People are told that the most meaningful way they can express their support for feminism is through buying a t-shirt with a slogan on it.

This trend of ‘conspicuous consumption’, i.e. consumption meant to be seen and validated by other people, capitalises on our anxieties to be socially recognised as morally progressive without demanding any profound, impacting change. Every second spent engaging in this spectacle would be a second spent broadcasting reductionist pseudo-feminist values and not demanding deeper reforms.

When this hypocrisy is allowed to exist, there is no pressure for the system of gender inequality to change. Corporations will continue to superficially subvert gender roles with one hand whilst perpetuating those same prejudices with the other simply to turn a profit. The hypocrisy makes it harder to recognise and thus dismantle harmful establishments.

Whilst I am sure that the individual people working at these corporations are not malicious in any way, issues as complex and as insidiously damaging as sexism just do not belong in a 40-second ad that also has the goal of selling you denim jeans.

It is not just feminism that has been affected by unavoidable commodification. Other civil rights groups like the ‘Black Lives Matter’ movement rightly condemned a Pepsi ad that starred Kylie Jenner apparently solving centuries of state violence against minorities by giving the police a can of soda. The question then becomes why corporations are allowed to treat female victim-hood in the same condescending and grossly reductionist tone.

It is time that we fiercely reject the watered-down, depoliticised versions of feminism being fed to not only our generation, but to the ones even younger.