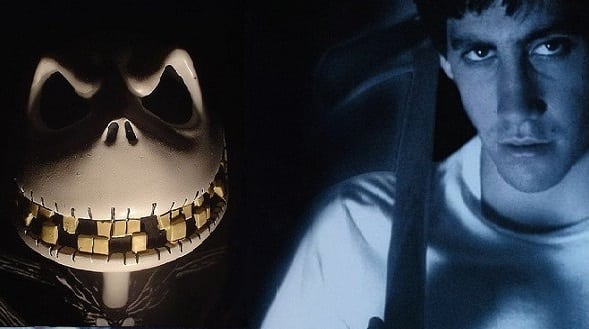 This time of the year, it’s a great excuse to sit down and embrace the horror cinematic genre. Every year, studios release a new batch of terrifying, gory and spine-chilling movies to coincide with the festivities. This year sees the latest unnecessary sequel in the Saw series, and the Groundhog Day-esque Happy Death Day hitting the big screen.

However, online or on shop shelves, there is a whole world of ghoulish horror flicks for viewers to bite their nails, hide behind pillows, or laugh along to. Here is a selection of films outside the usual Halloween suspects such as Scream, Hocus Pocus and A Nightmare on Elm Street…

Touted by many as not only one of the greatest horror films of all time, but one of the best films ever, Roman Polanski’s psychological horror is a true classic. Inspiration from Rosemary’s Baby can be found in a whole host of horrors since, a recent example being Darren Arronofsky’s Mother!

Mia Farrow and John Cassavetes play a married couple: Rosemary and Guy Woodhouse, who, after moving into a new New York City apartment, become friendly with an elderly couple next door, the Castavets. However, as John grows closer to their neighbours, Rosemary begins to suspect something sinister is afoot, especially after the Castavets discover she is with child.

A claustrophobic, suspenseful masterpiece by Polanski, Rosemary’s Baby is embroiled with themes of Satanism and paranoia. Devoid of jump scares, but brimming in slowly-brewing terror.

Donnie Darko is a science-fiction/drama in which Jake Gylenhaal’s eponymous teenager starts seeing apparitions of a man in a ghastly rabbit costume who calls himself ‘Frank’. Following a plane accident after which a jet engine falls through the Darko household into Donnie’s room, the adolescent begins to see more and more of Frank, who starts to weave a tale of time travel and apocalyptic destruction. The young protagonist believes Frank’s stories, yet his psychotherapist played by Katharine Ross puts Donnie’s hallucinations down to schizophrenia.

The film sees the influence of the monstrous Frank grab hold of Donnie’s conscience more and more, as those close to Donnie attempt to prevent him from going down the dark path the sinister rabbit appears to be luring him down. Mind-boggling yet still grounded enough to be dubbed ‘cult’, Donnie Darko is a dark tale of the troubles of youth and the incomprehensible paranormal.

Grave Encounters flew under the radar upon release – in fact, it was not released theatrically here in the UK. However, following viral interest — the trailer has amassed over 30 million views — the Canadian horror film was made available on various online streaming sites and was given a worldwide DVD release, in 2012.

Grave Encounters is a found footage film which provides video evidence why a famous, fictional ghost-hunting TV series was suddenly cancelled, and what happened to the cast. The crew, led by host Lance Preston, investigate a mental asylum, expecting the same farcical nonsense as with all their previous ventures. However, much to their horror and surprise, they realise their scepticism was perhaps misplaced, and that the ghoulish lies they were going to fabricate were perhaps dangerously true.

Despite belonging to a genre which has arguably died, thanks to the ever-returning Paranormal Activity series and the infuriating Blair Witch sequel, Grave Encounters is pleasantly terrifying, and spawned a weaker yet equally scary sequel.

Shaun of the Dead meets its woolly Aardman counterpart in this hilarious New Zealand zom-com about carnivorous sheep. Lead character Henry, suffering from a phobia of sheep due to a childhood trauma, returns to his family farm in New Zealand, just in time for an outbreak of blood-thirsty, ovine monsters. A ridiculous romp which somehow is still more believable than B-movie monstrosities such as Sharknado (2013) or Dinocroc vs Supergator (2010), Black Sheep is a hidden gem which is will have you bleeting with laughter and terror.

Across the Tasman Sea, Black Sheep’s Aussie neighbours have created an absolute treat. Sweeping up awards in its home nation, as well as in New York and from Empire, this directorial debut from Jennifer Kent is haunting and terrifying. It is a tale about a widowed mother Amelia, and her six year old son Samuel, the former plagued by her child’s obsession with an imaginary monster called the Babadook. However, as Amelia struggles to dispel her son’s unearthly fantasy, a dark and malicious presence begins to terrorise the mother and son.

The Babadook is oppressively tense, and is a sheer nightmare of a film. As much a meditation on grief and depression as a monster movie, this Australian production is one of the most intelligent and powerful horrors of the 21st century, maybe even of all time. The bogeyman which Kent has conjured up here is bursting with originality and is viciously malignant, and the nursery rhyme-esque tale which plunges him into the characters’ lives will stay in your head way past the closing credits.