Germany is divided, the two largest parties licking their wounds and removing the daggers from their backs. Both received their worst political performances since 1949.

The Alternative for Germany (AfD), a right-wing, nationalist, Eurosceptic and anti-Islam party, won 12.6 per cent of the national vote, making it the first openly nationalist party to cross the 5 per cent threshold to enter the Bundestag since the mid-1950s.

This has alarmed many in the German political establishment, who since the foundation of the West German Federal Republic in 1949, have made a show of rejecting German nationalism for obvious historical reasons. Germany enters a new phase of politics, and this will have profound consequences for all aspects of life in Germany. The country now moves into a period of uncertainty that is completely unique in the post-war era.

When Angela Merkel took the decision to allow almost 1 million refugees to enter Germany in 2015, she thought it would make Germany the ‘humanitarian superpower’ of Europe and the world, the first of its kind. However, despite this effort and belief she faced huge backlashes from the German public and members of her own Christian Democratic Union, who fiercely began to urge Merkel to impose quotas on refugees entering the country.

Refugee centres were being burnt down and huge waves of anti-immigration and Islam protests emerged across the nation, especially in the former Communist East Germany. Many felt that the German political establishment was too out of touch, and that this was finally shown by the handling of the refugee crisis; taken with the feeling of being left behind by German re-unification in the 1990s, this created the ideal melting pot for the AFD to help them thrive at the next federal election in 2017.

After months of pressure, Merkel toughened her stance against refugees, but by then the political damage was done. When Merkel took that decision to allow 1 million refugees into Germany, she opened a flood-gate of right wing nationalist sentiments and views that were lurking beneath the political landscape of Germany, something many once thought was impossible.

In two state elections in 2015, the residents of the former East Germany propelled the AfD into second place with over 20 per cent of the vote, citing the handling of the immigration issue as their main issue in the election.

As the polls closed on 24th of September, it was clear that Angela Merkel was going to be re-elected as Chancellor, however the polls also showed something else: the AfD had come third and surpassed expectations. With 12.6 per cent of the national vote they stormed to a clear third place, coming in second place in four Eastern states and first in the state of Saxony with 27 per cent, compared to the CDU’s 26.9 per cent.

The AfD gained 7.9 per cent of the national vote, a huge swing, giving it 94 seats in the Bundestag. While Merkel will take her place in history, she suffered a bittersweet victory, and this result showed Germany is not an exception when it comes to the emerging populist wave sweeping through the democratic world.

What is next for German politics? German society is divided: in just four years, the CDU/CSU and SPD have gone from having a combined 67.2 per cent share of the vote to having 53.4 per cent, with the four minor parties gaining ground in this most recent election. This can be seen simply by the size of the Bundestag itself: it now has 709 members. That is an increase of 111 since 2013, due to Germany’s complex voting system.

Whether Germans like it or not, the AFD are now a major force in German politics, and have a strong and established support base in the East.

The AfD has attracted voters from all established parties in Germany, and if mainstream parties want to win back their votes the best way to do so is listen to people’s opinions and not just ignore them — that is what Germany’s consensus style of politics is built upon. For Germany to cope with the surging populist movement, this consensus style of politics must be used to discuss issues with the AfD.

Merkel has launched coalition talks with the Greens and Free Democrats to attempt to form a so called ‘Jamaica coalition’ — a combination never tried at a federal coalition.

The fact that Merkel is having to try to band together these parties shows how divided and fragmented the country is. Already, the talks seem to be challenging, with the resurgent Free Democratic Party fighting tooth and nail with both the CDU and Greens for control of the Finance ministry, after a four-year absence from the Bundestag. While this might make the situation more difficult, a new three-way party coalition between three ideologically different parties is the best way to deal with Germany’s fragmented political landscape.

Meanwhile the SPD, moving into opposition to recover and distance themselves from Merkel and her previous ‘Grand Coalition’, will serve as a buffer between the government and the AfD.

German politicians now need to accept the new reality, that the AfD is here to stay as a force within German politics; their policies on immigration and the EU have attracted over 5 million votes, it is not fair to try and ignore or dismiss them, as frankly it will own make their movement stronger.

It is now time, for Angela Merkel to use the consensus style of politics that has governed Germany for most of it’s post war democratic history — a failure to do so will only fuel the rise of the AfD and their Islamophobic policies. 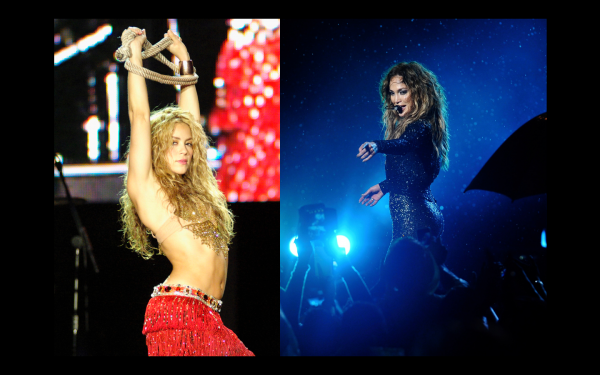