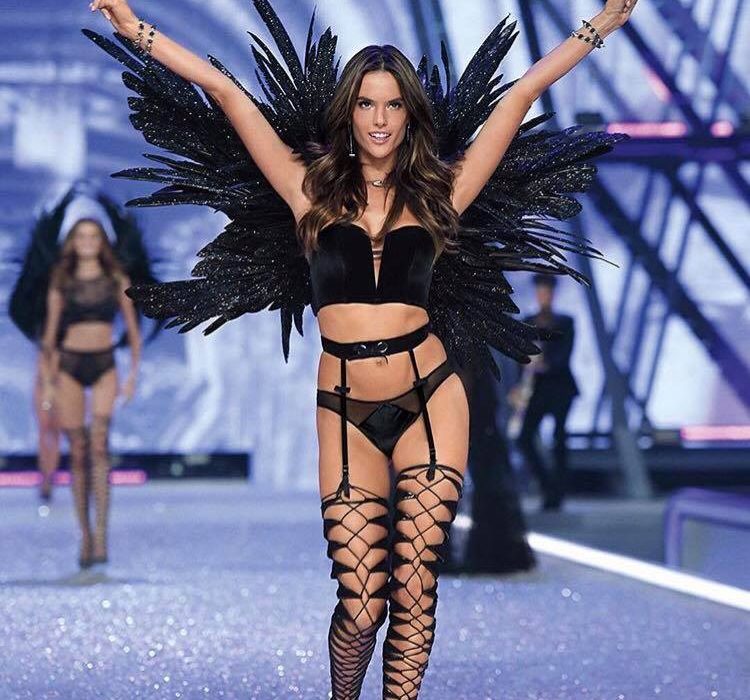 The dark side of being an angel

Now that November is in full swing, many wait in anticipation for one of the biggest events of the fashion calendar, the Victoria’s Secret fashion show. This year, the show, hosted in Shanghai, is scheduled for the 20th of November and will be broadcast on the 28th of November.  Since the list of models was released in September, the show has been hailed as more “diverse than ever.”

Last year, the show hosted in Paris only featured four Asian models out of 50, that’s just eight per cent representation, yet for Victoria’s Secret this was still record-breaking when compared to their previous figures. In total there were only 30 per cent of models from diverse backgrounds that walked in the show

By these figures, the brand has certainly made inroads into creating a more diverse show with this year’s lineup featuring 50 per cent of models from a racially diverse background. The show has still certainly got a long way to go to be fully representative, but at least in this instance we can see progression.

This year will see VS veterans return to the runway, such as Alessandra Ambrosio, Adriana Lima, Karlie Kloss plus insta models Gigi and Bella Hadid. The show also welcomes newcomers, including Grace Bol, Estelle Chen and Alecia Morais to name a few. As always the show is set to be a massive hit, especially because of the positive press it is currently receiving thanks to its tagline: ‘the most diverse show yet.’

Yet VS are no strangers to controversy, especially when it comes to appropriating different cultures. 2012 was a particularly controversial year for the brand with their show receiving a huge backlash for sending Karlie Kloss down the runway in Native American inspired lingerie, complete with a sacred headdress. The reaction from the general public led to Kloss being cut from the airing of the show on television. In the same year, the brand was forced to pull their collection entitled ‘Sexy Little Geisha.’ Model Candice Swanepoel fronted the campaign wearing a mesh teddy with an ‘exotic’ floral print, complete with chopsticks in her hair, a fan and a removable obi belt.

Rightly so the brand received outraged reactions that they had essentially reduced Eastern culture to the stereotype of exotic sexuality, so too with the appropriation of Native American culture, by incorporating the sacred headdress into a sexy lingerie outfit. But hey, this year Victoria’s Secret is more racially diverse than ever, so maybe this can all be forgotten?

Whilst it may be commendable that VS finally ‘got the memo’ that its 2017 and devised a racially diverse runway show accordingly, the same cannot be said for the representation of women who do not fit into the narrow bracket of a size eight and under. Once again there is set to be a complete disregard for models that are ‘plus-sized’ with all the models having the same slim, gym-honed physique. The VS models are stunning, there is no question about it, and they clearly spend hours working out to attain their enviable figures. They deserve to showcase their bodies with pride but then so do models who are larger than size eight as well.

The VS models are dubbed ‘angels’, they are considered to be the elite of all the models. These are the women we should aspire to be because they are the absolute ideal of feminine beauty, according to VS casting agents anyway. The term ‘angels’ is problematic in itself, suggesting exclusivity and giving them a higher status than all the other regular models in the industry.

The message that the show sends out is largely negative, it dictates what the brand’s idea of female beauty is and is far from representative of how the majority of women look. Their message of what constitutes beauty rings loud and clear, if you ever want to be an ‘angel’ you must be super slim (size eight and under), tall and of course exceptionally beautiful.

However, the reason why VS have thus far neglected to represent plus-sized women in their shows is partly due to the fact that the largest size in their bra range is a DDD. The limited sizes mean that many girls with larger breasts can’t find a bra that fits. With the lack of a plus-sized range it is no surprise that models such as Ashely Graham and Robyn Lawley have not yet been granted their angel wings, VS just don’t cater for these women.

It’s disappointing that a huge brand such as Victoria’s Secret has completely rejected having a more inclusive line of lingerie and has failed to use their status and influence as a worldwide corporation to spread the message that all women of different shapes and sizes are beautiful.

So whilst this year might be their most diverse ever, Victoria’s Secret still has a long way to go if they truly want to be representative and use their platform on the world stage to encourage body positivity and empower all women. Perhaps in the coming years the brand will finally acknowledge beauty in all its forms and create a range that is tailored for all women, but for now, we probably shouldn’t hold our breath.