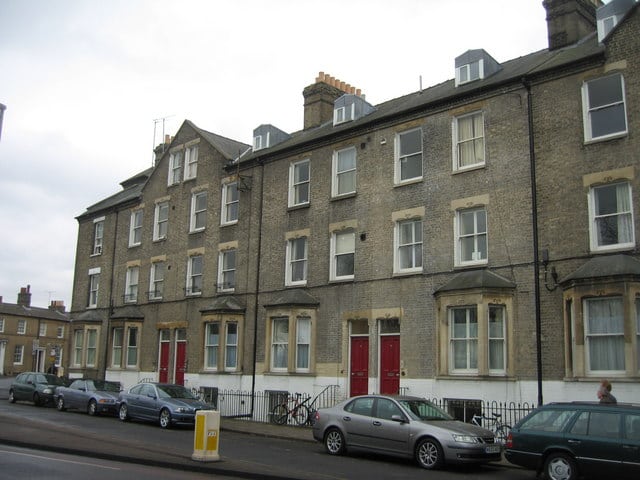 A romanticised stereotype of revolutionary, experimental, probably pretty hopeless university students happily living in less than perfect digs is sentimentalism and a superficial excuse for poor housing. From halls of residence to rented properties, there is a culture of ordeal surrounding student living that is outmoded and starting to get a bit grating.

There’s an assumption the temporariness of university residences excuses their neglect. Students have no bargaining power over their own living conditions, but they should be grateful to find something for less than £500 a month, right?

Of course, expecting a polished semi-detached with a kitchen island, parquet flooring, and a separate dining area is a bit extravagant, but just as poverty should not leave adults living in squalor, it shouldn’t for students. Shocking as it might be that to have to remind people, young people are not actually allergic to housework, and to assume that they are incapable of looking after a property is not only wrong, it’s offensive.

Shared houses are absolutely likely to be messier than well-kept familial hubs of domesticity, but that is not exclusive to having under 25s as tenants. Landlords should not rest on the assumption that their properties will be damaged to excuse them keeping costs off furnishing as low as possible.

Surely, dangers of skimping on basic housing features should be learned by now? It isn’t just a fact of comfort, although that is important, the crime rates in student areas are nearly always high, especially here in Manchester. There shouldn’t ever be any kind of geographical consensus over feeling unsafe within one’s own home.

If Fallowfield was a suburban paradise populated with middle class 2.5 child families and Smeg fridges, there would never be this idleness in reaction to such high instances of break-ins. Students have had to resort to actively demanding sufficient police protection in Fallowfield with the recent petition getting an amazing 9,000+ signatures.

Yet it is already showing signs of being lost in the system and insecurity continues to be dismissed as endemic to anything north of Didsbury. So, student properties will continue to have windows that open 2 inches to reduce the risk of robberies, not a long-term or sustainable solution one might argue.

There is perhaps a more serious dimension to these issues as well, especially in university halls. Poor housing is not conducive to good mental health. It’s not just potential homesickness that makes these poky, unfriendly flats places where students struggle to cope with the pressures of life. Corridors that stretch into space and LED strip lighting in bedrooms genuinely does affect people’s moods and that is not something that should not be jeopardised in order for the university to accrue even more profit.

It needs to be made clear that this is not a bit of grime and stale cigarette ash; this is a neglectful attitude towards those without sway in local politics. The landlord blacklist that Manchester students created, and was subsequently taken down due to legal reasons, is indicative of a wider way in which bargaining power is assigned.

Word of mouth is one of the only tools students have to negotiate the rented property market, and the supplier just took it away, granting themselves almost total market power. There is no clear right for almost an entire socio-economic group to demand decent housing without any pre-requisites, this is something that is granted with life experience and with the accumulation of personal wealth.

Let us leave on perhaps the most heart-breaking manifestation of these issues. A French student studying here in Manchester who wasn’t aware just how strict landlords can be about decoration in their properties recently purchased a holly wreath to hang on his door, only to have it requested to be taken down claiming it was damage to the property and a warning that Christmas cheer will not be tolerated when there are potential costs to be incurred.