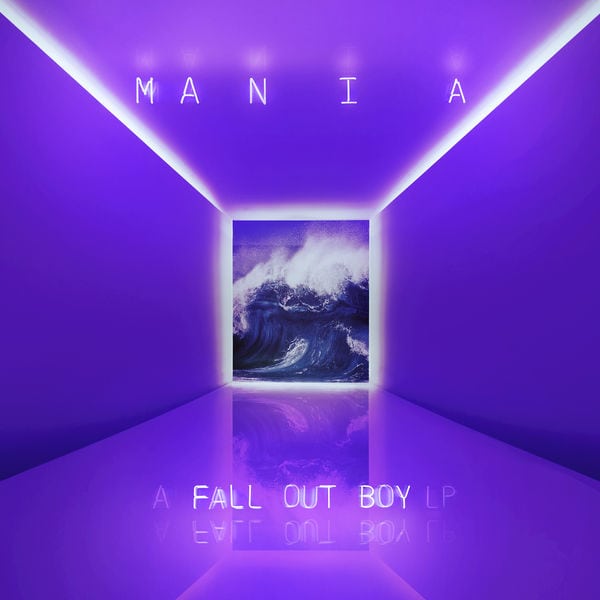 I have somewhat fond memories of Fall Out Boy. ‘Sugar, We’re Going Down’ was one of the first songs I learnt to play with my mates, and I remember the hype when returned in 2013. But since that comeback, their new material hasn’t sat well with me.

With this in mind, expectations were pretty low for their 7th album, M A N I A. So call me surprised when even I come out disappointed. Pretty much everything that could go wrong, has.

The last thing anybody Fall Out Boy wanted to do was EDM pop. It seems to be a recent trend for rock bands to drastically change their sound to stay in the limelight.

This band formed 20 years ago and they’re still trying to remain ‘relevant.’ But instead of achieving this goal, the album comes off as a desperate effort, with them not only doing an awful job of it but also chasing dead trends.

The change feels forced and heavy-handed. Loud bashing electronic beats dominate throughout and with little variation. It all begins to mush together as the songs follow the same structure: a build-up verse followed by a chorus that has a cheap beat thrown over it, then repeat.

There are some chiptune vocals here and there, maybe a piano if they’re feeling adventurous, but who cares? It has been done to death now, and their attempt at it is a weak one.

The biggest problem lies in the production; it’s so chaotic and compressed. The electronic beats are far too overpowering and completely destroy the structure of the songs. Songs like ‘Stay Frosty Royal Milk Tea’ or ‘Champions’ have these beats slapped over the chorus, dominating over everything else.

And these are just some of the worst offenders — every song suffers the same fate. I’ve seen defenders of the album claim that “it’s meant to be that way, it represents the title of the album” which I find absurd. Remember, if you’re doing a bad job intentionally, then you’re still doing a bad job.

This becomes even clearer as some songs start with promise, like ‘The Last of The Real Ones,’ before also disappointingly following the formula, destroying any potential. Because why have any good ideas when you can lazily throw a dumb beat over everything. That’s what the kids like, right?

There are some decent performances here and there, Andy is great on the drums and Patrick Stump still has some impressive vocals, but as a result of the production they are thrown into a dizzying mess and get lost.

The only remains of the old Fall Out Boy are the lyrics. Don’t worry; they still sound like an edgy 14-year-old emo’s tweets. “I’ll stop wearing black when they invent a darker colour” is repeated throughout the chorus of ‘Wilson (Expensive Mistakes.)’ It just sounds like a parody — but then again, they were never known for being master wordsmiths.

Any trace of the old Fall Out Boy has been cleansed and what remains is a rotting corpse of not only the band but music trends of five years ago. Previous works seem like masterpieces compared to M A N I A.

This is a disgrace to Fall Out Boy, pop rock and music in general. Don’t even bother with this. Please. It’s not even funny.