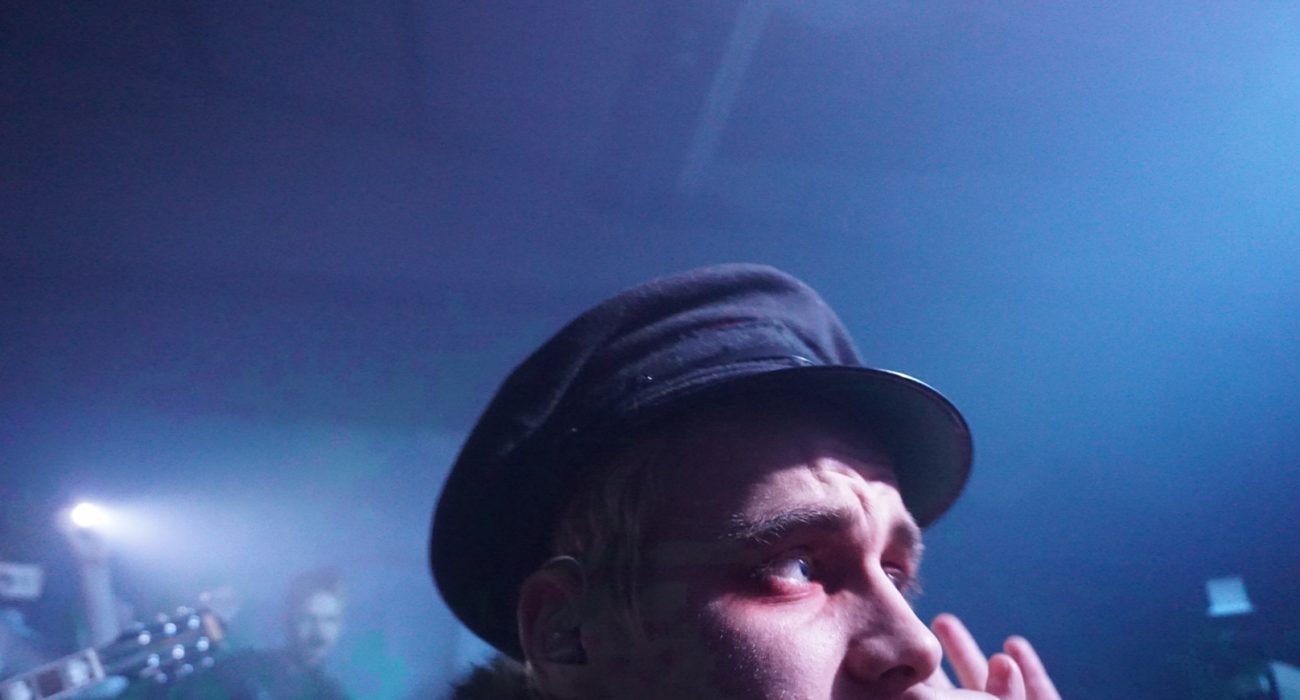 Having never properly listened to Happy Meal Ltd before last night, I didn’t really have a clue what to expect. Well, that’s partially a lie considering I had seen the extravagant six-piece band enter Sound Control (rest in peace) back in October before their set at Neighbourhood Festival.

Their image as a band struck me with awe. They left me thinking who on earth they were and that I must keep an eye out for them when they return to Manchester because their live performances would undoubtedly be a ‘show,’ if you know what I mean.

As soon as frontman Henry Spychalski strutted onto the stage to ‘Proxy Love’ in his floor-length cream fur coat and beret, it was clear a revolution had begun. An uprising that confined itself to the filthy, grimy walls of The White Hotel, but a revolution nonetheless, and one that is undeniably suited to 21st-century attitudes concerning gender norms and expectations.

HMLTD constructed an atmosphere charged with electricity, making their audience lunge forward time and time again in the hopes of clutching the hands of their leader, who promised nothing less than utter acceptance and exhilaration.

In fact, the crowd was so elated that within five minutes of their set I found myself helplessly laying on the stage itself due to the lack of barrier, and I had to be quickly grabbed and pulled back up onto my feet.

There is absolutely no doubt that this eccentric, outlandish, glam-punk rock sextet are incredibly serious about their live performances, and this is clearly illustrated through each of their stage presences, which remained solid throughout their set.

Each embodied a persona resonating with their choice of outerwear, making their performance almost a production rather than a gig. Their exhibition of their most famous song ‘To the Door’ was impeccable as it was embellished with Spychalski’s flailing arms and quick step gestures.

Unfortunately, at times such ambitious displays of dance meant that the vocals were lost amidst the striking movements, but nevertheless, HMLTD did not disappoint.

If there’s any band I want to be a part of, it’s HMLTD.