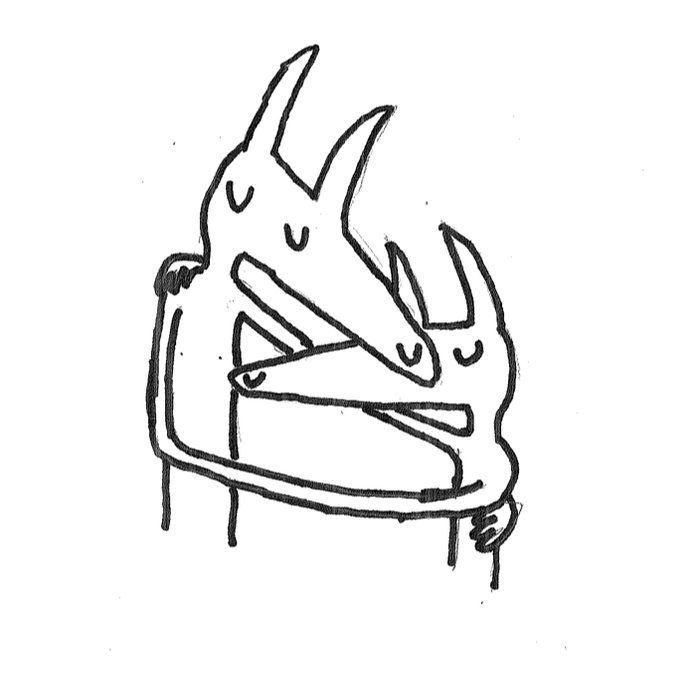 Half way through ‘Nervous Young Inhumans’, the stand-out track from new Car Seat Headrest album Twin Fantasy, Will Toledo descends into a moody monologue, beginning “I am a good person / I am a powerful person / I don’t believe in evil / I believe that evil is an idea created by others to avoid dealing with their own nature / I understand my own nature.”

It’s the kind of anxious expression that Toledo loves to show off in his music. It is both the structural breakdown of the song and the internal breakdown of the singer. As song writing goes, it’s undeniably smart. If you think this soppy soliloquising comes across as desperate or pretentious, that’s because it is. And it’s what makes Car Seat Headrest so hard to turn a deaf ear to.

The band’s recent album is another train-of-thought from Toledo, the young founder/frontman who’s been making increasingly impressive, personal music for the past eight years. In 2015, Toledo abandoned his bedroom-based Bandcamp status to sign for Matador Records. Ensuing releases of Teens of Style and Teens of Denial brought the band the critical recognition they deserved.

On Twin Fantasy, they confirm themselves as one of the best working in indie right now. The ten tracks on the album are re-workings of old ones, but the exciting melodrama that Toledo thrusts throughout all his work still feels refreshing.

Toledo is the ultimate coming-of-age character, imperfect and inspiring. He muses relentlessly on modern masculinity, tackling friendship, drugs, depression, and sexuality in frank and touching fashion. He opens the album with an address to an old friend of “My boy / we don’t see each other much”, then follows this up on ‘Beach Life-in-Death’ with a confession that “I pretended I was drunk when I came out to my friends.” He sets an excitingly melodramatic tone, one he’ll likely sustain throughout his career.

The singer seasons everything with wit and melancholy. In some ways he resembles Morrissey; like The Smiths’ frontman, Toledo constructs an insecure figure with such arrogance it’s hard to imagine everyone warming to him. But with lines like “Give me Frank Ocean’s voice/ And James Brown’s stage presence” on ‘Bodys’, or on the demanding ‘Stop Smoking (We Love You)’ when he reassures his audience that “we don’t want you to die”, it’s hard not to find his honesty endearing. (The urgency in the voice and guitars in the latter song have done more to make me rethink my own habits than a hundred pictures of cancer patients on baccy pouches have ever done.)

It’s easy to get distracted by Will’s lyrics and ignore how good the music is. The band can be as tight as Vampire Weekend’s shoelaces or create the hedonistic garage rock sounds of Sonic Youth. Most of the songs embellish your usual verse-chorus structure with little ideas and long diversions, constantly changing the pace, squeezing and stretching the album ambitiously.

This is best done on ‘Beach Life-in-death’. As Toledo channels Julian Casablancas, the track spends half of its 13 minutes in a dumbed down plod, but alternates with passages of frantic instrument playing. It comes in and out of the periphery like a person you fancy at a party, and lingers long after it’s gone.

There are multiple moments that grab the listener, like the wonderfully heartfelt acoustic guitar interlude ‘Bodys’, or on ‘High to Death’, when a glistening synth sequence breaks through an especially inaudible, reverbed Toledo.

Most enjoyable though is ‘Nervous Young Inhumans’. The falsettos and flurries of synth echo the catchiness of peak 00’s indie, whilst Will’s warning that “You’ll get what you want and you’ll get what you deserve” transports you straight to the front of a crazed Car Seat gig whether you want to be there or not.

The album still has its boring bits, like penultimate track ‘Famous Prophets’. It’s 16 minutes, but after the 5th it covers no new ground. After the long, grungy, self-love of ‘Beach Life in-Death’, an even longer, grungier, self-loving song seems unnecessary and is a lot less successful.

Twin Fantasy is still a marvel to listen to. It’s every bit as engaging as 2016’s Teens of Denial and adds another chapter to the darkly comic document of Will Toledo’s life. With eccentric lyricism and experienced song writing, it’s an accomplished indie-rock album that may well move you physically and emotionally, and will make you revisit it for weeks.