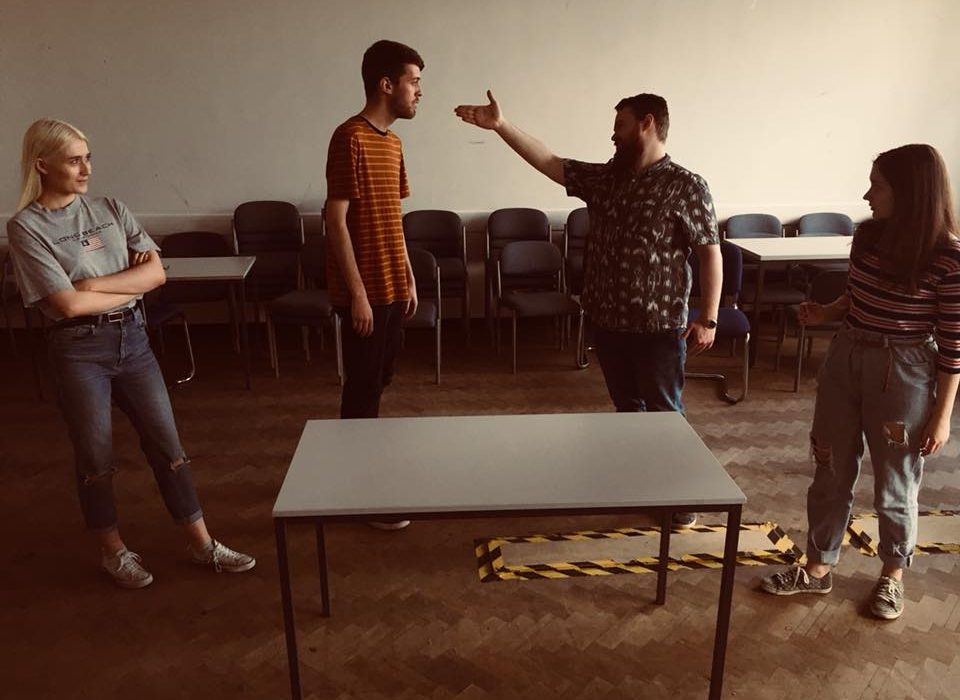 Review: A Game of Two Halves

Joe Large’s A Game of Two Halves was a fantastically written play about the tensions between two couples and the awkward dinner party that ensues when Maddie and Brendan (Becca Hatch and Charlie Diver) invite their old friend Martin (Lucio Gray) and his new girlfriend Bethany (Scarlett Gorman) around for dinner. Large’s dialogue is sparky and well-written and realised beautifully on stage by the talented cast.

Hatch and Diver played a well-worn couple very believably, with some particularly funny moments between the two that highlight this. Conversely, moments of awkwardness and tension, both between Gray and Gorman as a couple and between the two pairs, highlighted for the audience what was going to unfold — a battle of wits and sarcasm that kept us constantly on our toes.

With the intelligent directing of Jack Allwright and the talent of the performers. Perhaps the only thing to pick up on was Bethany’s lack of lines in parts, where particular moments could have done with her having more to say. Despite this, Gorman was still able to capture just how awkward she felt the entire time wonderfully on stage.

The tense second act and an unexpected ending had everyone sat on the edge of their seats, eagerly watching to see what was going to unfold before our eyes. Ultimately the play was able to inspire both humour and terror. A really enjoyable watch.