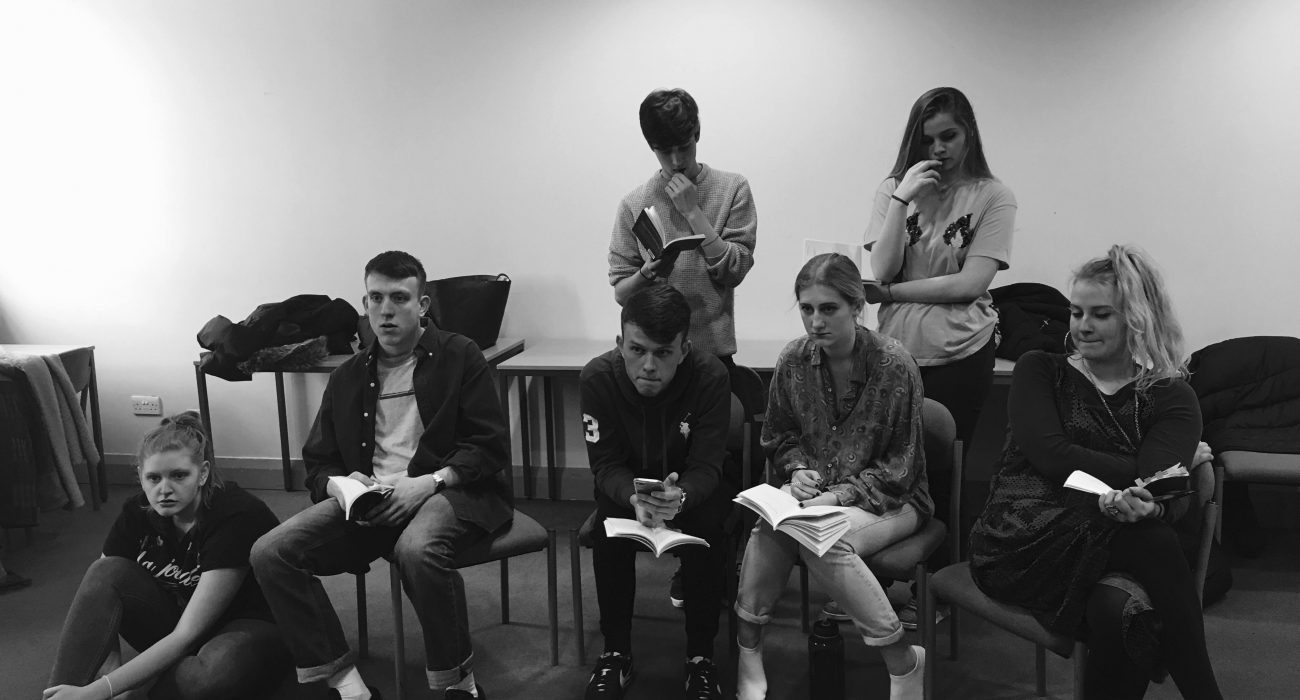 Anya Reiss’ adaptation of the classic German play Spring Awakening is not an easy show, dealing with topics including rape, domestic violence, and suicide. However, in the Drama Society’s penultimate MIFTA, director Phoebe Gibby handled these issues with maturity and care. Every troubling aspect of the piece felt significantly developed and understood by the performers, so as not to glaze over or undermine the importance of these issues.

Every member of the ensemble was incredibly strong from the get-go. In the opening scenes, the two groups of girls and boys were strikingly familiar to those of us who remember the awkwardness of our teenage years. Their relationships were well-developed and natural, though I would have liked to see more interaction between Ernst and Hans in the earlier stages of the show, even as simply friends, so as to support the later revelation that they are secretly together.

Nick Kane gave an outstanding performance as the troubled Melchior, effectively conveying the struggle to understand various elements of ‘growing up’. Despite seeming the oldest of the group of boys, Kane’s Melchior had a lovely vulnerability which made the ending all the more upsetting to watch. Furthermore, he was matched perfectly by Ele Robinson’s heartbreakingly naïve Wendla. Their awkward chemistry in the earlier scenes was lovely, and her horrifying realisation that she was pregnant and the struggle against her mother made troubling but compelling viewing. The direction of the rape scene was unashamedly difficult to watch, but did not feel like it was simply for shock-factor or the dramatic main event of the play.

Tom Thacker was brilliantly awkward as Moritz, demonstrating the melodrama of teenage life and attempting to understand girls, grades and expectations. It would have been beneficial perhaps to see more frustration from his character at the way the world seems to turn against him in order to justify his suicide, particularly following Melchior’s mother’s reluctance to help him, but then again, the seemingly impulsive nature of the suicide was what made it so tragic. The school assembly following Moritz’s suicide perfectly balanced Reiss’ moments of dark humour with the heartbreaking truth of the scene. Just watching their faces as they reacted to the announcement showed how deeply they each understood their characters, particularly Morgan Meredith’s devastating performance as Ilse, and really brought home the impact the events had on the confused teenagers.

In moments where the teens interacted with their parents, the other members of the group role-played as the older characters. This was a very clever way of demonstrating their inability to properly communicate with the older generation, and show how they misunderstand or lack knowledge. Eliza Teale was especially stand-out in these scenes, for the sharp contrast between her awkward, reserved performance as Wendla’s mother, compared to the asides given as the sassy Thea.

Visually, I enjoyed the simplicity of the show, with the playground setting making for an uncomfortable juxtaposition with the adult nature of the events. The lighting was a little heavy-handed at times, with some jarring snap shifts and overly implicit uses of colour, and I would have liked to see some more creative and subtle uses to enhance the action. Overall, however, the production was well developed, beautifully performed and a vividly truthful representation of the difficulties of adolescence, proving Reiss’ adaptation successfully translates the struggles of the teenagers in the early 1900s to a contemporary setting.