Lauren Mayberry put on a spellbinding display as the synth-pop Glaswegian trio lit up the Seat stage on Thursday night. A spectacle of mesh and elegance, the singer brought the tracks to life, ‘The Mother We Share’ and ‘Leave A Trace’ particular highlights in the edgy set.

The singer has just turned 21, but already has the world in the palm of her hand, evident as she crooned through each ballad with majestic effortlessness. She did look mightily regal in her emerald gown, demonstrating a multi-faceted artistic personality, as she surprised the masses with her politically charged album track ‘Lifeboats’, tackling not only heartbreak but the sense of hopelessness faced by youth in Britain.

Who knew Haim were this brilliantly bonkers? Face-melting guitar solos, chilling harmonies and a drum finale to end all encores placed Haim as one of the most interesting and diverse acts on the Primavera bill.

Rocking a white suit like no other man could and peering coolly over his tinted aviators at the Primavera masses, Alex Turner delivered what could have been a solely gripping one man show, but which had the advantage of the band’s phenomenal union of sound behind it. The new material which is undoubtedly experimental surprisingly blended sublimely into the setlist of Sheffield brawls and Turner’s heartache, tinging the set with a retro tint which freshened up the Monkeys sound with a newfound completeness.

One of the many rappers to be represented at the festival this year, Compton-born Vince Staples showed Barcelona how Americans get down. The energy in his set was not only tangible but infectious, as the heavy bass and vibrant hype rippled through the crowd to evoke a party atmosphere.

Groovy and relaxed, Tom Misch is everyone’s favourite new musician, and a surprise appearance from Loyle Carner for much-loved ‘Crazy Dream’ only increased the hype. Tom’s set didn’t need pyro or special effects – the instrumentals spoke for themselves as the sun set over the marina. His saxophonist sister Laura made the performance close to home for Tom, and the easy funk of his melodies got the crowd feeling the holiday spirit.

Fireworks weren’t only in the air following A$AP’s late-night set, which bounced unexpectedly well off Alex Turner’s magnificent finale on the opposite headline stage. Commanding the stage single-handedly in a jailer’s boiler suit, A$AP delivered track after track with an ice-cool demeanour and rockstar thrills. ‘Everyday’ featuring the vocals of Rod Stewart was the highlight of the set, unsettlingly piercing the Barcelona night.

Believe it or not, but bringing out A$AP Rocky for the live performance of ‘Praise The Lord (Da Shine)’ was not the only highlight of Skepta’s set. Alongside other appearances from Jesse and members of Boy Better Know, the energy erupting from Skepta’s set was proof that even at 2am, after the likes of Arctic Monkeys and Mr Rocky himself, British grime is the best in the game. Tracks from his latest album Konnichiwa caused a storm whilst new material offered a fresh perspective on the king of the genre.

Damn, this girl can dance. Backed by stunning choreography, Lorde smashed her Saturday headline spot with grace and tangible passion. From a mirage of twirls and fancy lifts, her most iconic tracks shone through with performative bite. Lorde expertly demonstrated her prowess not only as an all-round performer, but as a headliner.

Taking over the decks at the Desperados stage on Saturday afternoon, Dekmantel residents caused a sand storm on the beach stretch of Primavera. Disco-infused sets with unexpected track drops made for exciting listening, prompting carnival-esque excitement at the seemingly unpredictable nature of the tunes. 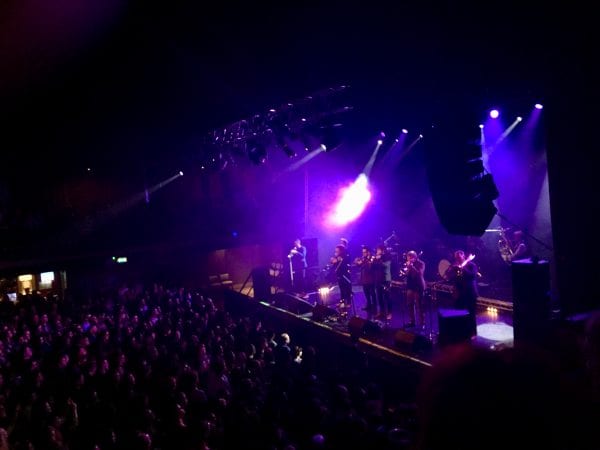