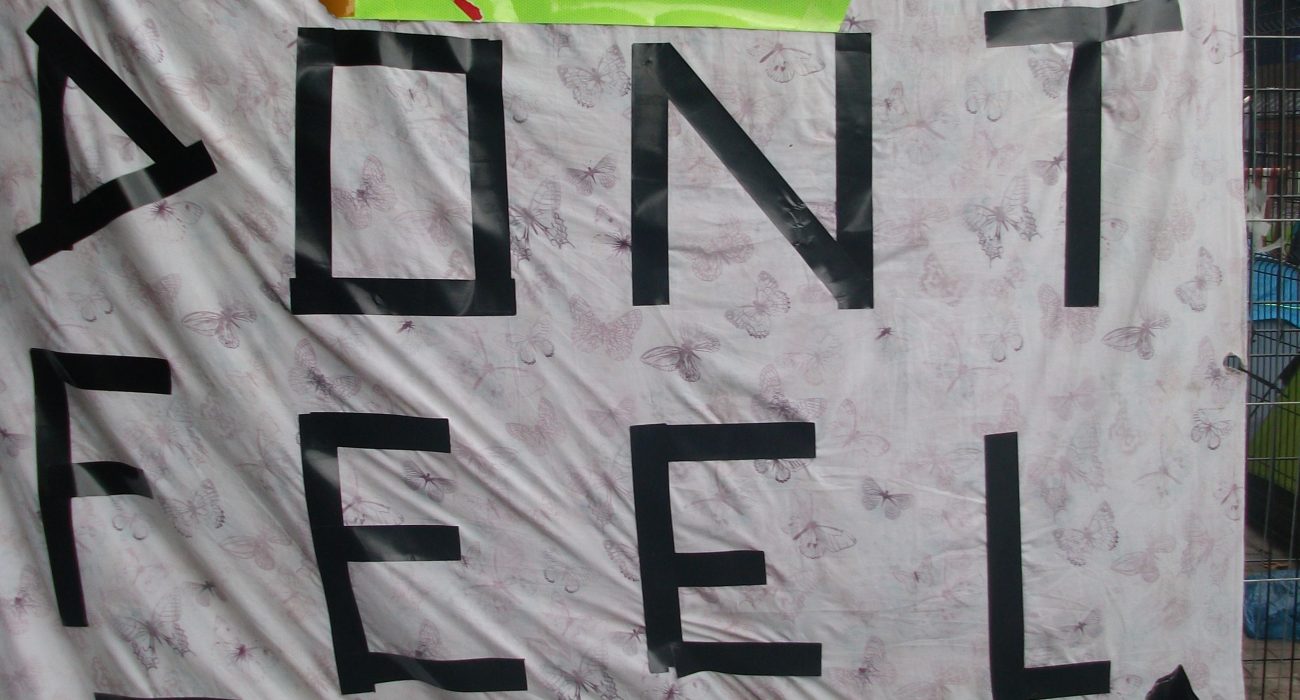 Former members of The Ark homeless camp continue their activism. Photo: The Mancunion

Sean Proudman, 48, has been homeless for four years. Since losing his flat in November 2014 due to benefit sanctions, he has been sleeping rough on the streets of Manchester. Mr Proudman spoke about the increasing violence directed against the homeless, and the impact it is having on his mental health.

Sean is a talented artist, who occasionally sells his work for a small profit. He will be attending (In)sane, a charity event showcasing art and raising awareness of mental health. Last year, entry proceeds went to 42nd Street: a charity supporting young people with mental health problems. With his own art, Sean has struggled with the complex laws surrounding busking. He described how he is often made to “feel like a criminal” by the general public or police. Homelessness epitomises exclusion from society. Whether it be due to a lack of accessible information or, as Sean sees it, unfair treatment, he cannot operate without judgement.

Mr Proudman told me that he has suffered with depression since he was young. He admitted himself to hospital three times after having suicidal thoughts, only to be told that “hospitals are not hotels”. “People don’t believe you’re ill when you’re homeless” says Sean, “they assume you’re capitalising on health services just to get a bed”. He tells me that accessing medical care has been difficult since he lost permanent accommodation. According to the Mental Health Foundation, depression rates are 10 times higher amongst homeless people than within the general public. Manchester City Council stated that they aim to “improve health services for rough sleepers” as part of their Homeless Strategy. For Sean, those improvements are yet to be seen.

His struggle to access appropriate support appears to be part of a wider attitudinal problem directed at the homeless. “You’re not just someone without a home” says Sean, “you’re not a person”. Sean spoke about the various violent assaults committed against him during his four years on the streets. As well as having had his teeth kicked out, Sean was pushed in front of a taxi by a group of youths six months ago. “The general public were laughing” he says, “Manchester is the worst place I’ve ever been”, people look for “an excuse to treat us like animals”. The abusive treatment homeless people regularly encounter shocked me the most; I had believe that being ignored was the standard reception. It struck me how vulnerable Sean and many others are to violence.

According to Sean, the violence very often comes from the public. “People walk directly in your path and trip you… one woman pushed me over with a broom while cleaning outside a restaurant”. Mr Proudman explained that he has seen “the worst side of society” and he would “struggle to re-enter it knowing how it treats you when you’re at the bottom”. In November 2017, Councillor Bernard Priest admitted that homelessness in Manchester is an “ongoing challenge”. He added that “concerted action” was needed to improve the lives of homeless people. That action is not only the responsibility of the council, but of the general public. Attitudinal changes made in favour of respecting homeless people are as valuable as governmental support.

Mr Proudman also spoke about the internal divisions within the homeless community. He said “if you’re not a spice user, you’re not welcome with the general public or with the homeless”. Spice is a synthetic drug that mimics the effects of cannabis; it has been illegal since May 2016. According to the charity Lifeshare, between 95-98% of young homeless people use the drug. It has been known to cause fatalities, addiction and to increase vulnerability to abuse. Manchester City Council have listed helping those with issues surrounding substance misuse as fourth on their priority list.

For Sean, as for many other rough sleepers, finding their place within a society that actively rejects them is just one of many difficulties faced. Mr Proudman needs to raise £2,000 in order to reenter permanent housing, as part of a repayment made to Bolton Council. Achieving this while living under a system that fails to support him seems impossible.

For more information about (In)sane, plus how to donate, visit: https://manchester.hubbub.net/p/insane-mcr. 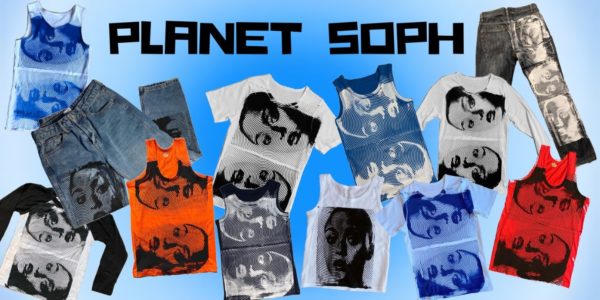 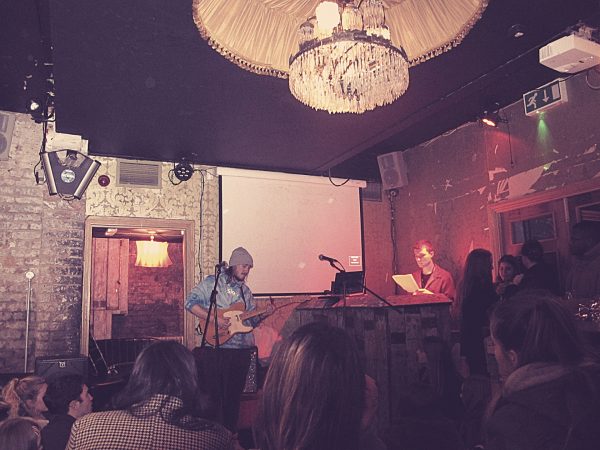 Artdress-It Live: A night of Artistic Awareness with Mind and Movember