Now, it’s never nice to hear about a developer shutting up shop no matter what, but it’s especially sad when the studio in question is pretty much universally loved by most, even if their track record has a history of peaks and troughs. Those in the gaming community have been rocked by last week’s news that Telltale Games — developers of The Wolf Among Us, Tales from The Borderlands, the much-loved The Walking Dead series, and many more — is set to shut down in the coming months.

The story broke in less than graceful circumstances as well, with several of the roughly 250 staff members that were laid off taking to social media to inform the internet of their bad news, even before Telltale itself had made a statement. The responses were more than sad: they were downright shocking. Collective sorrow from those affected and fans alike quickly turned to anger with the news that the terminations were abrupt and without any severance whatsoever.

This is somewhat telling of the recent climate at the studio, as even before this latest development, it was revealed last November that around 90 people were axed from the company. Whilst at that time people could only speculate as to the reason why, with most suggesting a dip in the more recent figures, that speculation has now been pretty much confirmed, as CEO Pete Hawley commented: “We released some of our best content this year and received a tremendous amount of positive feedback, but ultimately, that did not translate to sales.”

Whilst the success of its flagship franchise in The Walking Dead has kept a loyal, core audience since its inception in 2012, the performance of releases like Minecraft: Story Mode and even more high-profile releases such as the Games of Thrones and Batman series failed to reach the commercial or critical heights of their prevailing predecessor. Moreover, given the big-name franchises that Telltale has come to work with as a result of earlier success, there is a case to be made that the studio’s demise could come down to the huge licensing fees taken on as a result of these collaborations. 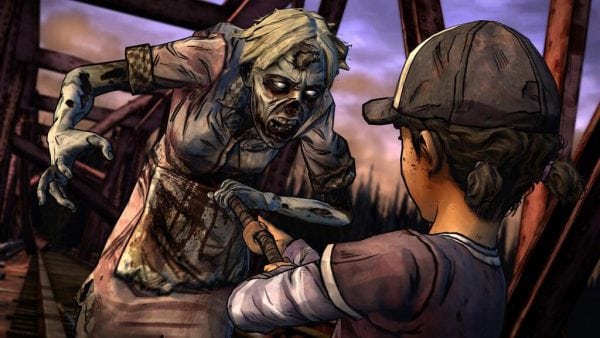 Hawley, in fact, is yet another symptom of the wider problems that the studio has been experiencing as of late. He was brought in to replace Kevin Bruner (formerly of Lucasarts) who, despite founding the company, was then ousted and even sued Telltale in June for financial damages. The company that had once been hailed for revitalising the ‘choose-your-own-adventure’ genre and made a habit of earning awards, had now turned into a highly toxic work environment. Many had begun to criticise the studio for not only mistreating its staff but also losing the crucial element of choice that made their games so attractive.

As well as the Bruner ousting and the sacking of nearly 25% of the workforce last year, this mass exodus had been foreshadowed throughout the past 18 months. Many staff members voluntarily resigned after complaining of being stretched too thin: working overtime on more than one project without any added incentive other than having to meet unrealistic deadlines.

It’s been confirmed by the company that a small team of 25 people are set to remain at Telltale to finish the ongoing season of The Walking Dead, which happens to be (somewhat fortunately in this case) the 3rd and final of the series. However, one of the worst parts about this is not only that for so many it had seemed inevitable but that, despite the studio’s struggles, they had numerous irons in the fire that might have rescued them given the time and financial endurance.

Not only was the studio scheduled to complete the second season of what many regard as Telltale’s greatest work, The Wolf Among Us, but it was also set to develop a new series using the highly popular Stranger Things IP. So, not only will players never get to revisit Telltale’s interpretations on universes such as Marvel’s Guardians of the Galaxy, but the countless hours that they sank into prospective projects have now been flushed down the toilet, highlighting just how ruthless the industry can be given the wrong management.

The one silver lining in this latest development, on the other hand, are the amazing signs of solidarity shown by many within the community. Thousands have shared the tragedy of Telltale’s former staff via social media and many developers such as Cory Barlog, director of the most recent God of War, have even offered work to those left in the cold by Telltale’s downfall. 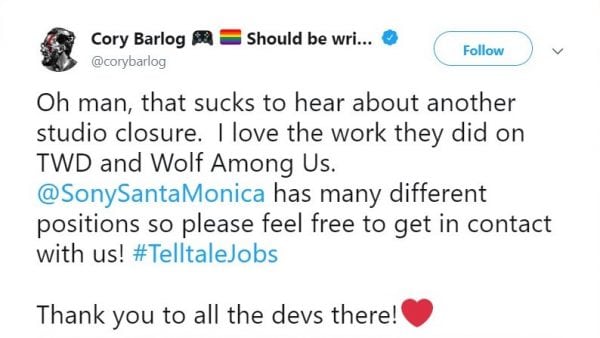 Despite the sadness, perhaps it is best that the talented folks that brought us so much joy with their unique storytelling prowess, can now, hopefully, move on to greener pastures and continue to produce amazing content in a structure that will allow them to continue flourishing as creators. Rest in Peace, Telltale Games.