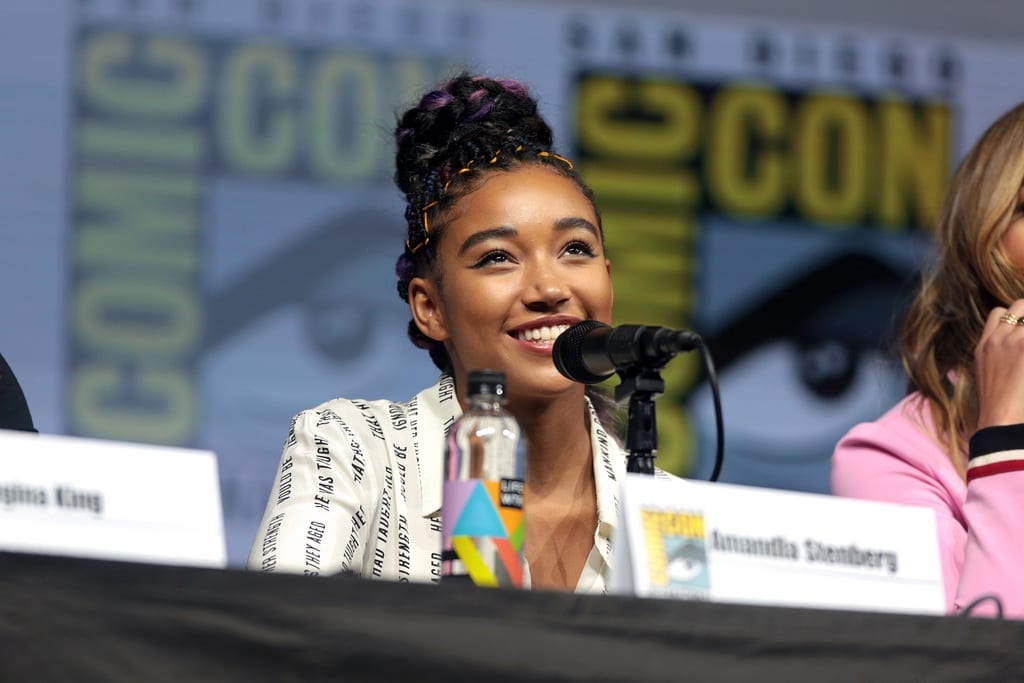 Review: The Hate U Give

If this year’s BlackKklansman served as a solid artistic insight into the roots of modern-day racism, then George Tillman Jr’s The Hate U Give makes for a fantastic following piece about the current state of American racial tensions.

Told with gut-wrenching authenticity from the perspective of Starr — a black teenage girl who is caught dead in the centre of community conflict when she witnesses the unjust police shooting of her friend Khalil — Tillman’s film proves intelligent, thought-provoking, and one of the best movies about racism ever made.

Taking centre-stage of the story is Starr herself, played in an immaculate powerhouse of a performance by Amandla Stenberg. Stenberg goes above and beyond the usual expectations placed on younger actors to deliver the strong emotions facing Starr as she endures the trauma of not only her best friend dying, but also the pressure of testifying in court, and the resulting conflict at home. She spends much of the film caught between two worlds: a middle-class, majority white private school and her hometown of an urban black inner-city.

Stenberg, helped by Audrey Wells’ fantastic script, does a brilliant job of portraying this.

In many ways, Starr is a perfect modern young female icon. She’s kind (but has her limits), intelligent, hard working, finds time to let her hair down and, above all as the film progresses, is not afraid to stand up for what she believes in.

All of the supporting cast is also on top form, with big names such as Anthony Mackie and Common taking the back seat with quieter roles.

However, it’s their working with Wells’ script that helps deliver the film’s strongest element: its depiction of modern racism, which carries a particular brutal realism purely for how quiet it is.

The racism portrayed in The Hate U Give is not screaming the N-word or always direct, but instead displayed through the societal privileges of some groups over others, and the passivity of demeaning attitudes held by people within those groups.

A powerful opening scene in which Starr’s father holds a meeting with his family to explain how to survive being pulled over by the police, is an event so far removed from what any of her white classmates can even imagine having to experience.

The Hate U Give doesn’t shy away from an uncomfortable look at the ways in which modern racism manifests.

These range from news coverage of Khalil’s murder — which seems more focused on the criminal history of the victim, sympathising with the officer responsible than with assessing the crime itself — to ignorant comments made by Starr’s friends including a particularly uncomfortable moment when they stage a school walkout for Khalil purely so they can skip class.

All of this ties directly into the film’s title, taken from the first half of Tupac’s famous quote: “thug life: The Hate U Give Little Infants F***s Everybody,” which is summarised at the end of the movie’s climax through one of the most evocative images I’ve seen in a film this year.

If I were to critique the film at all, I’d only say its use of voiceover narration is somewhat unnecessary at times, and while the ending isn’t bad it ties just about everything up into a nice neat package, which was disappointing given the more nuanced, thoughtful tone they’d achieved up to that point.

But, The Hate U Give remains a perfectly-cast and expertly-crafted piece on modern racism that proves essential viewing, and one of this year’s best films.

Tags: Film, racial tensions, Racism, review, the hate u give