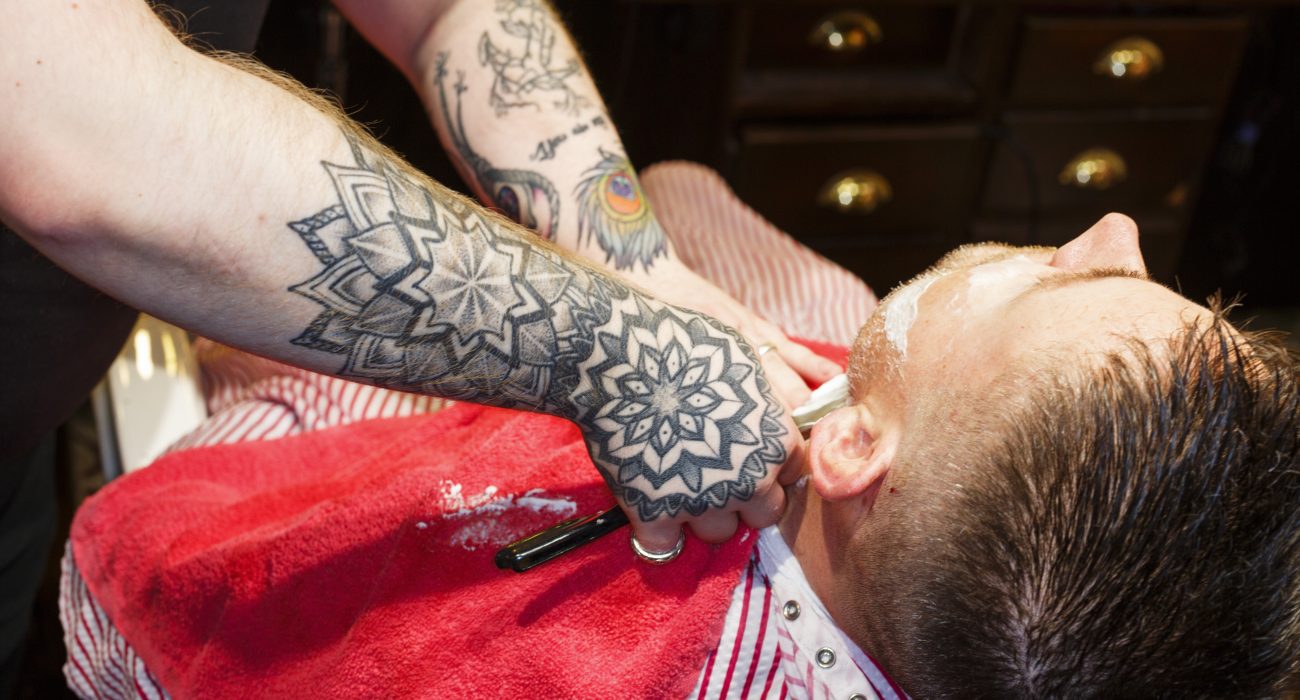 In conversation with Martin Parr

Martin Parr’s new exhibition at Manchester Art Gallery is titled Return to Manchester, and a return it certainly is, as it’s the city in which he produced his first work as a photographer in the early 1970s.

Born and raised in Surrey, Martin moved to Manchester for university in 1970. Of course, it’s a move that I’m sure most of the readers of this article will have experienced themselves. “It felt raw and exciting… I thrived on it,” he recalls fondly.

It’s charming to see the way Martin embraced the city, which shines through in his early work which is on display as part of the exhibition, and also the way the city embraced Martin, as clearly evidenced by the warmth of his welcome back here at the gallery. Without a doubt, the mutual affection between Martin and Manchester remains.

By putting a collection of pictures taken of Manchester in the 1970s and ‘80s side by side with a collection taken in 2018, this exhibition highlights simultaneously the changes and the continuity across these periods.

Given the perspective he has, I was interested in finding out what Martin felt the most significant changes had been over the past fifty years. “Two of the main things I photographed for this exhibition didn’t exist before: Salford’s MediaCity and the Northern Quarter.” And have the people changed? Yes and no, according to Martin. “Since the gentrification, there are more people like those you see elsewhere in the country, like in London and Bristol,” he says. But in the predominantly working-class towns surrounding Manchester there are still many people Martin would consider “more classically Mancunian”.

Martin’s response to this question hints at something I’d been itching to ask him, considering his decades of experience exploring the British and their culture. Deep divisions within British society have become impossible to ignore – is art like Martin’s capable of bridging these divisions? “Probably not,” he answers frankly and honestly. I’m interested by this response. It’s a testament to Martin’s view of his art, not as a force of change, but simply as a document of it.

I ask him about the Brexit vote. “It heightened the ambiguity,” he says. “It’s an expression of contradiction.” At first, I’m not quite sure what he means by this, but as he elaborates I see that Martin sees contradiction and difference as essentially one and the same. Good and bad, old and new, familiar and foreign, these ideas exist in the same place at the same time but mean entirely different things to different people. Perhaps ‘contradiction’ is the best way of putting it.

As the conversation draws to a close, I pose the final question I was interested in hearing Martin’s take on. Since the arrival of smartphones, everyone’s become a photographer. Has this had an impact on the art form of photography? “I welcome it,” he answers without a moment’s hesitation. “Photography is the ultimate democratic art form, and now there’s more people interested in it than ever before. I think Instagram is a great platform.” I shouldn’t be surprised at Martin’s willingness to keep up with the times. It’s this that has allowed him to maintain the ability to capture so brilliantly people and places at a particular moment without losing his touch over the years.

I leave the gallery with the feeling that I’ve gained a little bit of an insight into the mind of someone with an exceptional knack for showing us the fascinating way in which he sees the world. It was a pleasure.