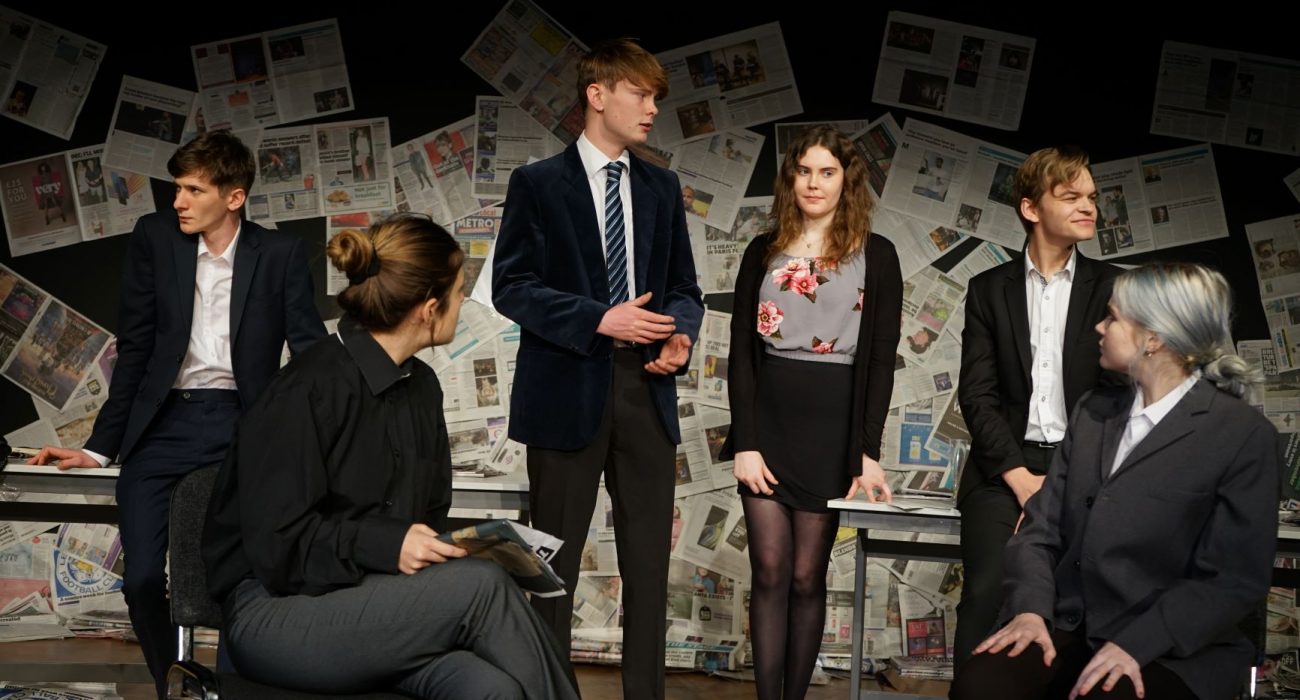 David Hare and Howard Brenton’s ‘Pravda’ appeared at the Council Chambers as the University of Manchester Drama Society’s new Freshers’ Play. The Freshers’ Play is only open to first year students, as a way of spotlighting their talent and opening up highly competitive creative opportunities to them. Definitely, ‘Pravda’ definitely did just this – the ambitious production showcased a variety of talent and promised much potential throughout.

‘Pravda’ was written as a satire of the journalism industry in 1985. However, with the phrase ‘fake news’ being crowned, word of the year in 2017, this play gains new relevancy. Throughout the play, we continuously saw the truth, ethics and significance of news explored and tested. The famous line “So by definition, what is printed must be true – otherwise why print it?” certainly resonated, leaving a residue of distrust amongst the audience, privy to the dirty secrets of the industry.

This was when the tyrannical South African media mogul Lambert Le Roux came into play. Sam Easton gave a consistently authoritative and impressive performance as Le Roux, both terrifying and amusing the audience in equal measure. Easton very successfully conveyed the satirical element of the play, his character certainly came across as somewhat larger than life.

However, satire seemed a little overlooked in the rest of the production. There were convincing and mature performances, particularly from the romantic leads, Andrew and Rebecca, played by Adam Tutt and Mae Lankshear. However, these came across as a little earnest in comparison to the perhaps intended tone of the play.

Stamina was something that was certainly required of the actors in what ended up as quite a marathon of a play. Perhaps if the satirical tone had been honoured a little more faithfully by the director, Natalie Hillman, and the text had been cut down to a tighter structure, then this would have resulted in the play feeling sharper, which seemed to be lacking in this production.

However, Hillman’s use of physical theatre and collaboration with the designer, Nan Davey, punctuated the play well, providing real flair to the production. The set design was simple yet effective, with newspapers plastered along the black flat of the stage. All of the costumes were black and white, echoing the harsh, monochromatic nature of print journalism.

On the other hand, some of this physical theatre, although it created engaging breaks within the play, helping to increase the overall pace of the production, seemed a little cliché at times. The use of music was punchy and added to the dramatic and slick style of the play. Although the movement that accompanied it, (though well-coordinated) wasn’t exaggerated or innovative enough for the satirical style of the text.

In addition, Hare’s writing leaves much to be desired, only one real female character (Rebecca). Rebecca’s romantic storyline was quickly pushed aside, leaving the character very much defined in her appeal to Andrew’s destructive ego. To combat this, Hillman’s use of female actors in place of male characters was effective. It provided enough opportunity for the multitude of female talent and versatility within this production, whilst adding an alternative perspective of a highly male-dominated industry. ‘Pravda’ was a bold production that boasted many impressive features. Potential was key here: ultimately there was some potential left unfulfilled in this particular production. However there was much potential promised of this team of cast and creatives. 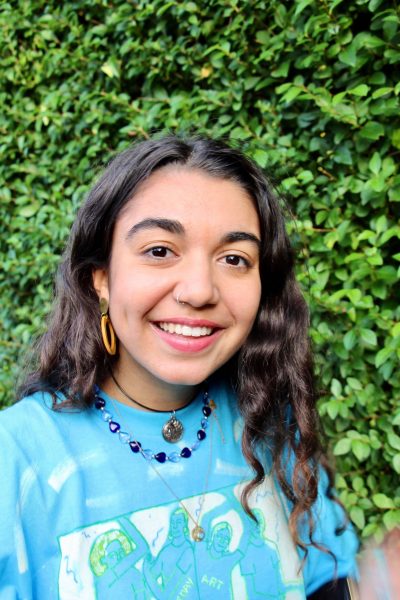 Drama and diversity – a conversation with Cecilia Alfonso-Eaton