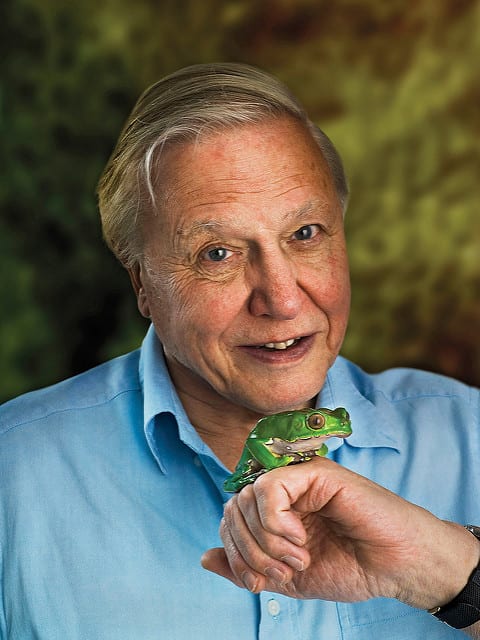 Editor’s note: This article was originally published in December 2018.

It has been announced that British natural historian Sir David Attenborough will take the first ever ‘People’s Seat’ at this months UN climate conference (COP24) in Katowice, Poland. At the end of 2017, Attenborough captured the nation’s attention when he cautioned against plastic pollution in our oceans in his critically acclaimed Blue Planet II series.

A year later, Attenborough will become the face of the UN’s new campaign called the People’s Seat. which invites members of public to have their say on climate change using online polling techniques and the social media hashtag #TakeYourSeat.

The 24th Conference of the Parties to the United Nations Framework on Climate Change, known as COP24, will see representatives from approximately 200 countries gather to discuss implementation guidelines of the Paris Agreement. Ratified by over 150 countries, the central aim of the Paris Agreement is to keep the global temperature rise below 2°C, ideally below 1.5°C.

The events of COP24 will be crucial to the future of climate policy, especially in light of a new report released last month by the World Meteorological Organization (WMO) stating greenhouse gas levels are at a record high. WMO General Secretary Petteri Taalas says; “The science is clear, without rapid cuts in CO2  and other greenhouse gases, climate change will have increasingly destructive and irreversible impacts on life on Earth. The window of opportunity for action is almost closed.”

When Attenborough takes his seat at the conference, he won’t be able to vote on climate issues. His role will be to deliver stories and opinions from the People’s seat campaign. He says, “this is an opportunity for people from across the globe, regardless of their nationality or circumstances, to be part of most important discussion of this century.”

This new seat will supposedly offer an alternative view to the projections and figures of scientists, allowing those directly affected by climate change to have their voices heard. Attenborough will deliver a speech to world leaders, drawing on the stories received by the campaign in an attempt to represent the public at the conference. The public are encouraged to participate through the social media campaign #takeyourseat, which has generated a lot of attention and support.

However, some aren’t happy with the choice of Attenborough as the public’s representative. People have questioned his suitability for the role. Attenborough does not come from a background of climate science and is not an expert on the subject. Other concerns were also raised over whether his celebrity status would allow him to be taken seriously by world leaders, while others believed that the public should tell their stories first-hand, instead of being spoken for.

Despite these criticisms, the influence and far reach of Attenborough cannot be underestimated. He involvement in the campaign has driven huge publicity and media coverage, and has helped to generate the excitement necessary to make it successful. Hopefully, Attenborough’s participations will help make climate change accessible to the public, engaging a wider audience.

He warns that this “is in my lifetime and your lifetime”; making action essential. Although individual lifestyle changes (such as eating less meat and cycling to work) are important, bigger, more impactful changes remain in the hands of governments and leaders in core industries. Hopefully, this month in Poland, Attenborough’s speech will be able to captivate the attention of delegates and convey the public’s increasingly vociferous outcry for change.