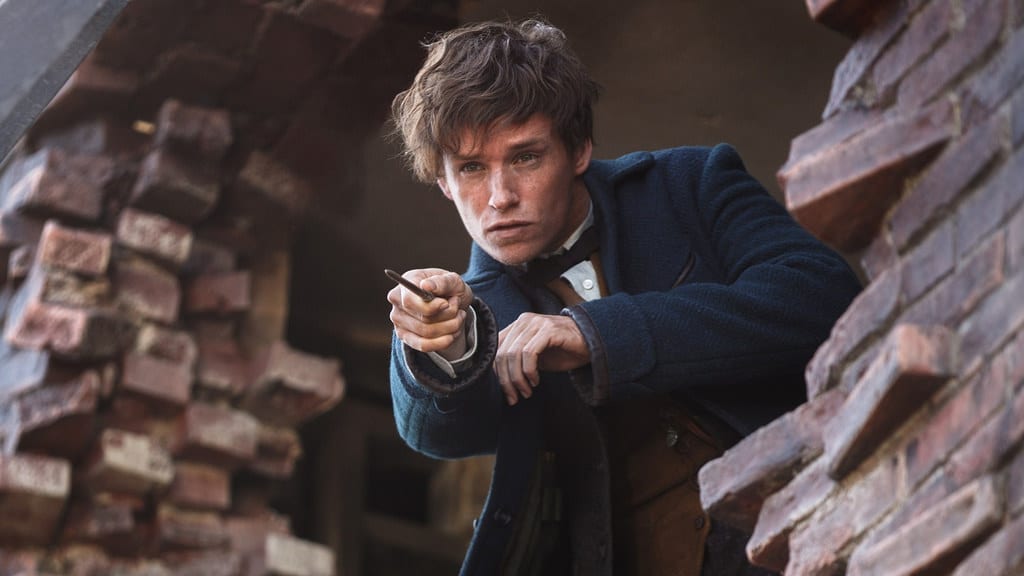 Disclaimer: I’m a Harry Potter fan. I wore my Gryffindor scarf to the screening of Fantastic Beasts: The Crimes of Grindelwald, I own well-used copies of everything by J.K. Rowling, and I’ve seen the play twice (go, it’s great).

This latest addition to the franchise is set in 1927 as Gellert Grindelwald (Johnny Depp) escapes the Magical Congress of the United States of America. We follow lovably eccentric magi-zoologist Newt Scamander (Eddie Redmayne), whose primary objective is to search for and protect vulnerable magical orphan Credence Barebone (Ezra Miller) from Grindelwald’s indoctrination. Acting on the instruction of an unexpectedly suave forty-five years old Albus Dumbledore (Jude Law) the story unfolds and gives us a greater insight into the wizarding world we know and love.

The screenplay was written by novelist J.K. Rowling, and it shows as Rowling is a master of the intricately plotted novels. The Crimes of Grindelwald is an audio-visual novel — an anthology of the wider world beyond Hogwarts. Devoted fans will joyfully marvel at familiar cameos, the inner workings of the French Ministry of Magic, and all the squeal-worthy nuggets of nostalgia (I must admit to getting swept up in these moments). For the fans, you cannot fault the film’s entertainment value.

Trouble is, Rowling leans too far into this and the film itself gets lost in this beast of a narrative. There are too many plots to follow while most tension comes from a worry of losing track of what on earth is going on. Seemingly every character (and there are a lot of them) receives exponential development despite the plan to create a further three films in the Fantastic Beasts franchise. I felt for the parents staring blankly at the screen with no way to get grasped by the plot.

I cannot fault the visual effects, performances, or dialogue. The star-studded cast does not disappoint; Depp’s Grindelwald is a horrifyingly charismatic villain, and Law sells the wisdom yet youthfulness of a still-developing Dumbledore. But a stand-out is Kravitz as the intelligent but troubled Leta Lestrange as her turmoil oscillates between suppressed and overwhelming within a single close-up.

Potter fans have often wished for a Game of Thrones style in-depth exploration of the Wizarding World and they got their wish – just in one 135 minute, overwhelming eruption.