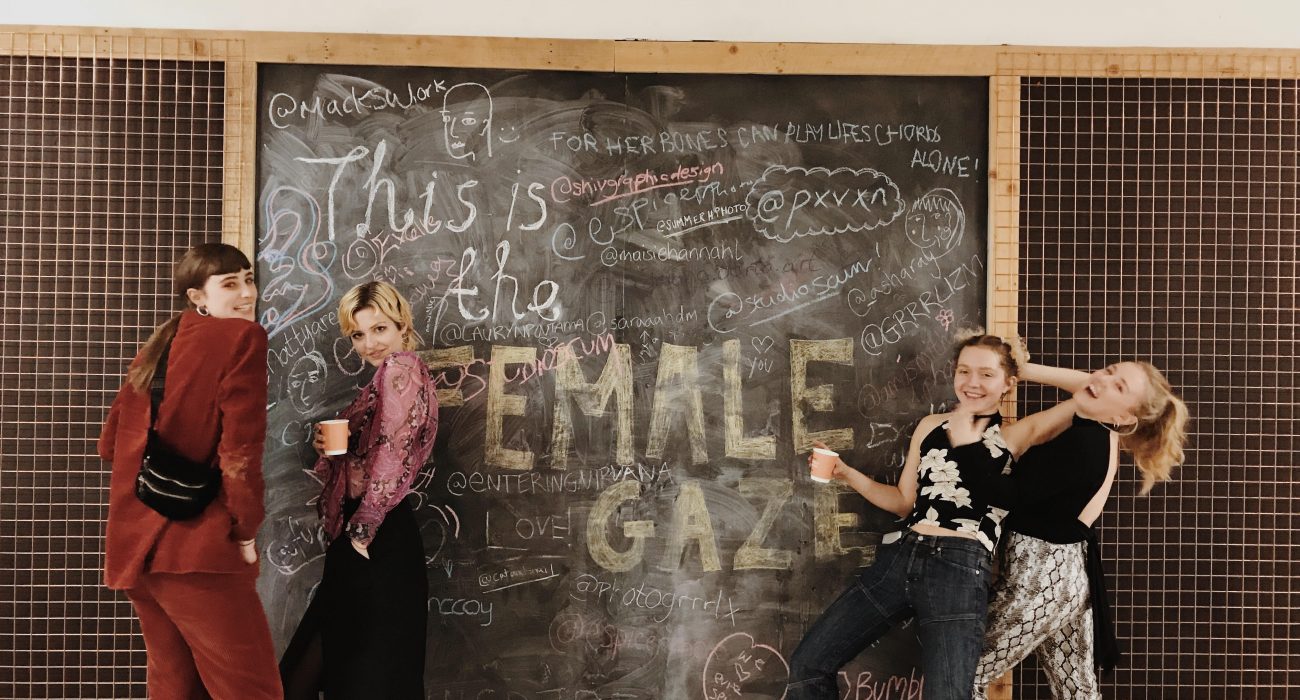 This Is The Female Gaze: Photography Exhibition

Organised by University of Manchester student Lara Dixon, the ‘This Is The Female Gaze’ exhibition sought to challenge the patriarchal ‘male gaze’ depiction of women prevalent throughout the history of art.

The Goodstock charity shop exhibition featured photography by female students in Manchester, displaying female subjects from feminine perspectives and deeply examining the relationship between the two.

Natty Arendt displays an eclectic yet wonderfully coherent combination of images, whilst they individually focus on small details, together they encapsulate a larger scene. Green and white apartment blocks immediately grab the attention. They are a backdrop to a great shot of two elderly women in floral dresses sat conversing on the corner. A passing glimpse of a person’s back and shoulders by the sea is complemented excellently by a faraway man relaxing on a rocky beach, waves approaching.

Asha Ray portrays African and Asian women engaging in pleasant eye contact with the viewer, a welcome interruption to normality. A wonderful Gursky-like vista of a white, weathered city provides perfect setting for groups of women chatting, grinning, and reclining on hammocks.

Pav Nagra’s works contain soft green, black, and white tones in a dim yet sunlit room to portray a half-shadowed elderly woman appearing to look in the direction of the viewer but withholding eye contact.

Evie Spicer depicts incomplete sections of women’s faces in interior settings such as bathrooms. Glimpses of parts of a woman’s face, such as eyes and hair, draw one’s attention, as the subject sees the viewer through the angles of mirrors. The scene surrounding the face is softened, drawing the eyes naturally towards the face.

Alice Goad’s piece is markedly discrete. Negatives are splashed with vibrant green, titles reading ‘MAN AT HIS BEST’ and ‘HIS AND HERS’ above listed gendered household items. These are in the form of film covers, displaying men obscuring and shadowing over women, using clever framing.

Maisie Lee portrays subjects from the shoulders upwards engaging in direct, almost disarming eye contact with the viewer. Adriana Szczerepa displays different perspectives of a figure at a scenic, coastal location. They are over the shoulder and partial nude shots in the format of large black and white prints.

Kira Wainstein displays colourful public scenes of Japan. Women in traditional kimono using phones placed next to images of men in workplaces in motion. Alice Swift uses black and whites hanging around a frame to place the viewer behind the camera. She depicts traditional housing, fishing boats, and kitchens.

The sum total of this exhibition is quite an impressive curation of work, although some pieces clearly stand out: the photography of Natty Arendt and Asha Ray in particular are joys to behold. The challenge towards the normatively masculinised perception of female subjects is largely palpable.

This exhibition was funded by the networking platform Bumble Bizz. 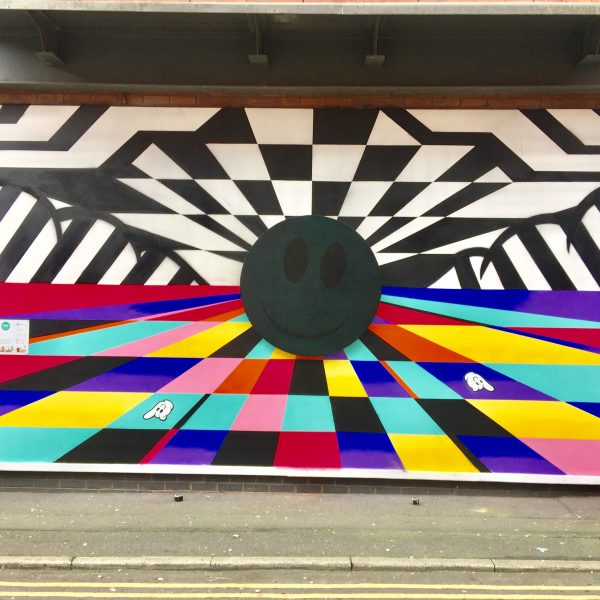