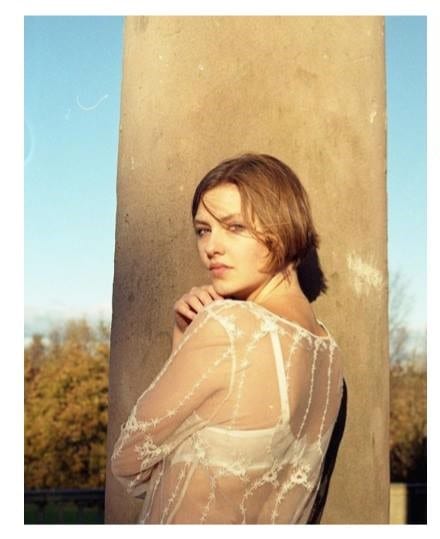 This is the Female Gaze: Challenging the artist and subject

The ubiquity of the patriarchy prevails in art and culture throughout history in the form of the so-called ‘male gaze’. Turning this concept on its head, however, are the curators of the upcoming exhibition: ‘The Female Gaze’, organised by Manchester student Lara Dixon. Featuring artworks by female students from across Manchester, this exhibition hopes to challenge the mainstream, masculinised perception of the female subject.

We are all far too familiar with the concept of the ‘male gaze’. Coined by film critic Laura Mulvey in the 1970s to describe how cinema and media are produced for the pleasure of the straight male viewer.

The curators of this exhibition, however, aim to give a platform to the perspectives of female-identifying individuals. One of the exhibitors, Maisie Lee, explained this saying, “The male gaze, historically, has tended to disregard the female experience, treating female subjects as little more than objects of male desire.”

Philosophy student at Manchester University, Maisie is exhibiting a number of photographs at the Female Gaze exhibition on the 20th of November. She sees it as an opportunity to give “a sense of autonomy to a traditionally passive subject.” Although she feels this does not have to be an inherently gendered notion, it is within the context of a historical tradition of male photographers seeing female subjects from the position of a voyeur; the woman’s role solely to remain the muse.

The aim of this reimagining is not to discredit the men’s art, Maisie goes on to say that the male gaze has “evolved in recent times and does hold great potential for shedding light on the male experience”, however, as yet “it still proliferates in mainstream culture in this normatively masculine sense.” In art, cinema, and popular culture, female subjects are often hypersexualised and created with little concern for the individuality and feelings of the model.

Considering the artist’s relationship with the subject and their voice as “paramount to the force and importance of their work,” Maisie sees her photographic subjects in an entirely different light to that of artists like Andy Warhol. “He treated actually interesting women like blank canvases on which to project his own ideals, not long before chucking them and moving onto the next.”

This kind of attitude towards women demonstrates that male dominance is not just exerted through violent acts of hate, but it can direct our eyes and dictate how all of us see the world. To see the world through female eyes, and indeed of all minority or oppressed groups, is to throw off the shackles of the patriarchal tradition and to carve out a new way of the seeing the world.

The exhibition has been funded by Bumble and features photos engaging with a range of themes such as portraits, femininity, travel photojournalism, and much more.

‘This is the Female Gaze’ will be at Goodstock charity shop on the 20th of November from 5 pm.