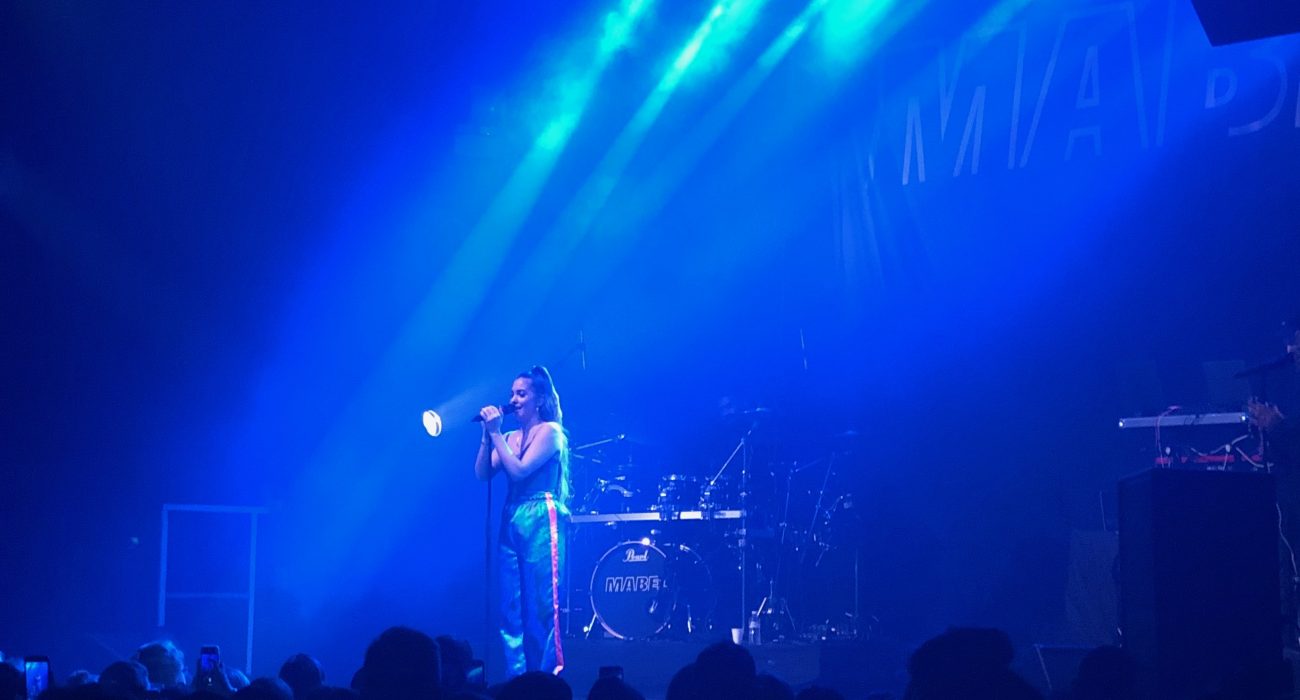 The O2 Ritz was graced with the double presence of rising stars Ruel, and Mabel, who showcased a genre-defying night. The former, 16-year-old Australian vocalist Ruel, opened the event with his chart-ready pop, to an intent crowd.

Fresh from being crowned 2018’s Breakthrough Artist at the Australian Recording Industry Awards, Ruel came with confidence and poise for virgin ears, expanding his swelling fanbase, which already has almost three million monthly listeners on Spotify. No small feat for a man in the making.

A communal air swamped around, for a gig that had the feelings of a pop-up show in practice for larger arenas. At 9 o’clock, sharp. Mabel emerged, dancers flanking either side.

The promptness of the event’s orchestration displayed the excellent professionalism to which Mabel takes her craft, clearly setting her future sights high.

Opening with ‘One Shot’, a self-aggrandising pop hit in which Mabel professes “I’m too Bougie… So I’ma give you one shot.” The 22-year-old was sure to let it be known that she wasn’t to be taken lightly.

Her afrobeat-inspired take on RnB is one that carried the show as she ran through a slew of chart-hitting tracks. Tracks featuring her peers of the new guard like RAYE, NOT3S, and Kojo Funds. Coupled with inspired lyrics on situations of the early twenties, an overwhelming response from a mixed-age crowd exemplified an ability to craft songs on the pulse of the UK’s mainstream music.

Singing almost casually, the live performance provided a license for her vocals to show perhaps what her most popular songs don’t — incredible range and control.

Though Mabel’s calm demeanour bounced well against the punchy drums of big hits, the slower jams were intricately weaved in, leading to the mood to fall into the doldrums as the Swedish-born singer’s nonchalant assuredness played against her strengths.

Almost seemingly aware, Mabel was able to miraculously pull out another winner. As though there were an almost infinite number of aces up her proverbial sleeve. Paying homage to influences, covering RnB icons like Lumidee and Ne-Yo.

At times, these stunts felt over rehearsed to the point on insincerity. If over-professionalism can ever be considered a fault, then maybe this was it. It appeared that any spontaneity had been ironed out in the preparation.

If performing at a larger, less intimate venue, this would have played out fine. But with the closeness to be able to pick up the slightest dishonesty, it could be read easily.

As the show hit the later stages of a succinct performance, Mabel’s gravitas was poignant. The budding star showed that she was clearly aware of her influence, in an age of Instagram flaunting and ‘best life-living’.

Before departing for good, the young star played out her biggest track ‘Finders Keepers’ of this year’s Ivy to Roses mixtape, which arguably best encapsulates all her creative abilities, meaning she closed on a high.

Mabel is clearly no joke when it comes to dominating her area of comfort, but this felt like another show in a string of shows for a star perfecting her craft. Mabel is so focused on her future that she forgot to live in that moment, although the show still highlighted the immense talent and hard work that has got her here.