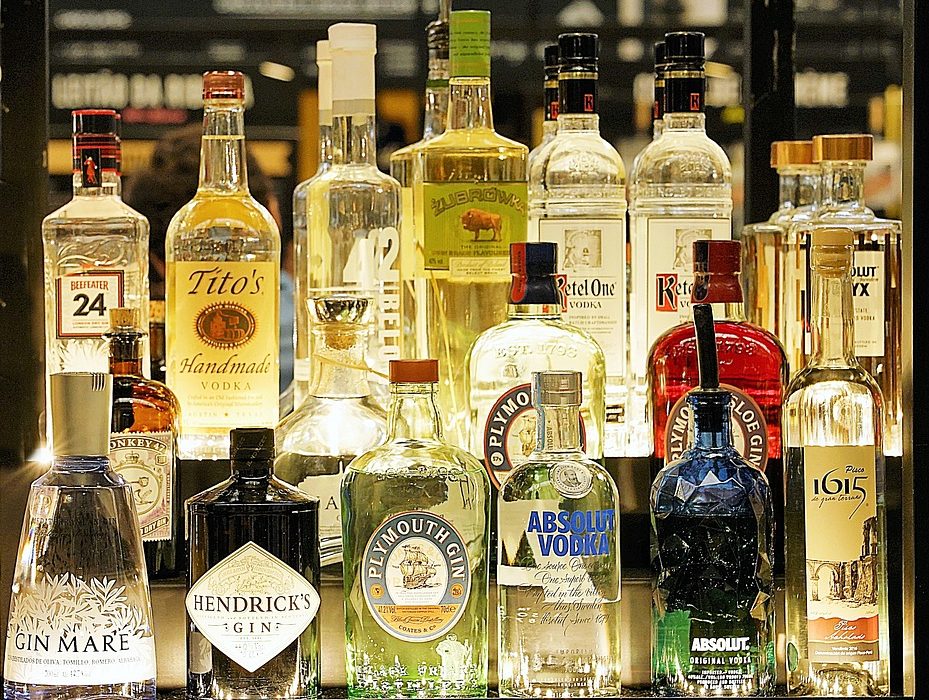 To understand the history of gin in the UK, it’s best to begin with ‘the gin craze’ – a phenomenon in eighteenth century Great Britain.  It was safer to drink gin than water, and with no imposed tax, it was cheaper to drink than beer.  The rate of gin-drinking soared. It spurred moral outrage at the widespread drunkenness and even earned it the name ‘the Mother’s ruin.’  The UK is experiencing another ‘gin craze’ – but this time for all the right reasons.

Gin sales in the UK have tripled in less than a decade.  The latest statistics show Britons spent £460m on the spirit in 2017, a three-fold increase in sales from 2009.  Furthermore, the UK is now home to 315 distilleries, more than double the number five years ago!

Why is gin so popular?  The ‘gin-aissance’ that we are living in has seen a renewed interest in the spirit.  Britons are increasingly splashing out on high-end alcohol.  Gin-lovers focus on quality, celebrate local produce and let’s not forget, the craft gin bars and emergence of Gin Copa glasses add to the insta-worthiness and popularity of the spirit.

Gin-drinking is all about new creations on a classic G&T.  A versatile spirit, made from a wide range of botanicals and flavourings, it can be styled to suit everyone tastes.

London holds the title as the British gin capital, but Manchester isn’t far behind it!

Manchester is home to several contemporary distillers.  ‘Manchester Gin’ has a touching background — it’s the product of a love story.  The company’s founders, Seb and Jen, crossed paths in a bar in 2013 and fell in love over a G&T.  As their relationship bloomed, so did their business.  From their dining room, they expanded to the Spirit of Manchester Distillery, where the gin is distilled in small batches of 500 bottles.

The brand is a celebration of the Mancunian legacy.  From the botanicals used to the expertly handcrafted bottles featuring a hexagon pattern and the bee logo — love and passion for the spirit and city go into every bottle distilled.  The company’s modern interpretation of Manchester’s traditional bee symbol reflects their contemporary style.

Four core gins make up the collection; Signature, Raspberry, Wild Spirit, and Overboard, as well as limited edition seasonal styles.  Signature, the original gin, takes inspiration from botanicals local to Manchester.  It contains flavours such as the Northern favourites of dandelion and Burdock root, with concoctions of liquorice, ground almond, hand-foraged orange, and lemon.  It is smooth yet sweet, perfect when served with a slice of pink grapefruit and Mediterranean tonic water.  Dry January? Break it.

The Raspberry edition is their twist on ‘pink gin’, a nationwide favourite.  Opt for the Raspberry if you’re feeling fruity and mix with either lemonade or tonic.  Add a pop of colour with raspberries and a sprig of mint.  Pretty in pink with rose gold details, even the bottle screams sophistication.

Luxurious, stylish and crafted to perfection, Manchester Gin is an ever-expanding brand.  Featured in bars and restaurants across Manchester, it’s quickly becoming a recognisable brand.   It’s also stocked in M&S and Harvey Nicholls.  As 2018’s most awarded gin, expect to see even bigger things in 2019!  The company will be opening a new distillery in the heart of Manchester, where you can see the distillers working as you pass the site.  Plans for a school, restaurant, and high-end cocktail bar will also go ahead this year.