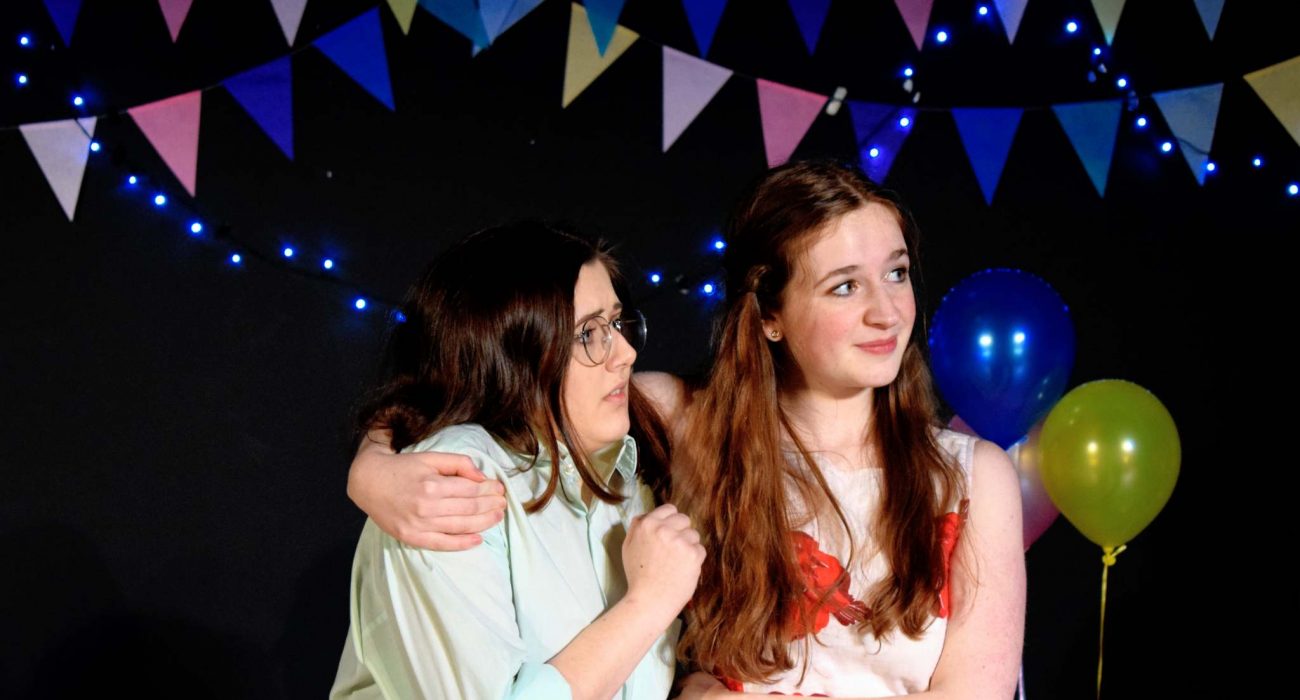 Twelfth Night is a tale of mistaken identity, tomfoolery, and madness. One of Shakespeare’s most well-known comedies, following twins Viola (Emily Fitzpatrick) and Sebastian (Michael Schulz), torn apart by a storm at sea. Viola believes her brother to be dead and dresses up as him to become Duke Orsino’s (Thomas Valerio) servant. Viola (now Cesario) is told to woo the Lady Olivia (Lara Paul) on Orsino’s behalf. In the process Olivia falls in love with Viola, whilst Viola realises her love for Orsino. With the subplot of the rest of Olivia’s household being up to no good, chaos most definitely ensues.

Emily Fitzpatrick was impressive as Viola, able to portray the layers of her character as both comedic lead and demonstrate the emotional turmoil of her predicament in disguise. Fitzpatrick had a great grasp of the language and was constantly engaging and likeable. She and Thomas Valerio (Orsino) played well opposite each other, and the direction (Phoebe Lynch) choices played up the homoerotic tension between the two characters when Orsino still believes Viola to be a man. I enjoyed the campness of making this physically implicit, going beyond Shakespeare’s allusions to Orsino’s own confusion in the language of the play.

Sam Grieve’s Sir Andrew Aguecheek was nothing short of excellent. Grieve’s master of physical comedy and hilarious facial expressions, made for a great portrayal of the foolish Aguecheek. I am not sure how she managed to do all this and never go too far, but she had the audience in raucous laughter whenever she was onstage.

Cathy Wippell as Feste the ‘fool’ was another standout comedic performance. Feste is a great contradiction of a character, a fool by profession but often the smartest and wittiest person in the room. These layers were well portrayed by Wippell. She also did well to sing Feste’s multiple songs most amongst the shenanigans happening simultaneously, a contrast which was extremely amusing to behold.

Tai Francis also deserves a mention as Malvolio. They did well to demonstrate the stern and slightly creepy side of Malvolio, as well as the love-sick element of the character. This was particularly funny when Maria (Ella Marsden) tricked Malvolio by sending a mischievous fake love letter. I enjoyed Marsden’s performance as the disapproving, yet cunning character. I was delighted to see that, despite the modern costume choice, Malvolio still emerged in yellow, cross-gartered stockings.

The music (composed by Phoebe Lynch) was an enjoyable addition with live instruments. The folk music style was reminiscent of the traditional Elizabethan/Shakespearean style. This did seem slightly confused with the modern clothing and party atmosphere of the set, complete with bunting and balloons. Despite this, I liked the set for its simplicity and fun, certainly not taking the madness of Twelfth Night too seriously. The set also made for some comedic moments, with characters hiding behind balloons and fighting with lightsabers instead of swords.

Overall, a very enjoyable production of Twelfth Night which really played on the subtleties of comedy in facial expression and characters, whilst keeping the hilarity and outrageous nature of a Shakespearean classic.