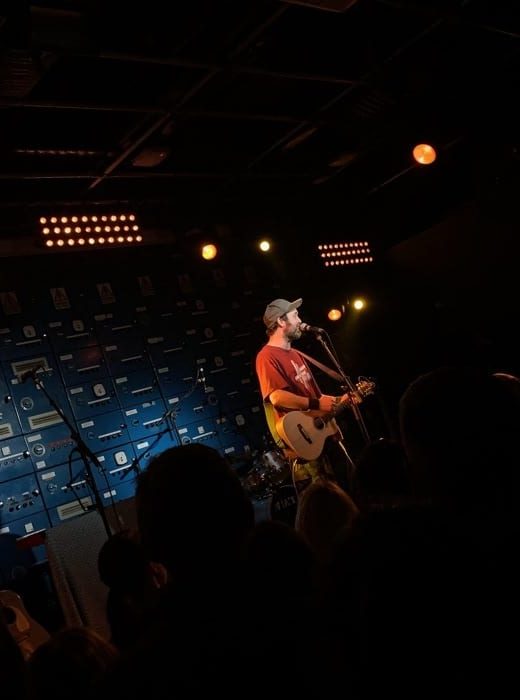 Jay McAllister, also known as Beans on Toast, the well-loved English folk-singer took to the stage at Manchester’s unique space, Gorilla on Wednesday. Despite being sceptical about both the act and the venue, it turned out to be one of the most eye-opening gigs I’ve been to. Known for his appearances at festivals across the UK such as Glastonbury and Boomtown, he and his newly formed band provided both an immersive and strikingly, intimate set. Although the crowd was slow to start, it didn’t take long for Jay to encourage strangers to embrace in swaying arms.

He performed the majority of his set alone, with the band only joining for some of his newer tracks. Even though the bulk of his discography does sound similar sonically, each is defined through different unique political messages. The set began with a few songs from his latest album, A Bird in the Hand, which were mainly about his wife and new-born daughter, before announcing that he was going on to sing some “soppy love songs” including the ever-popular ‘MDMAmazing’. The performance of these particular tracks provided a connection between him and the crowd and really set the tone for the remainder of the evening.

Jay then went onto play some of his more political songs such as ‘The Chicken Song’, highlighting the mass slaughter of chickens and ‘Bamboo Toothbrush’ which gave an insight into the current plastic epidemic. He used this song to advertise bamboo toothbrushes as a sustainable alternative to plastic. A very respectable move.

Between some of his songs, Beans took some time to speak to the crowd, using humour to further support the messages within his songs. This added yet another level of warm rapport to the experience and also gave a break from the music every now and then.

Towards the end of his set, he allowed Sunflower Bill (a resident member of bar staff at Gorilla) onto the stage to perform some of her own spoken poetry – focusing on the political climate of America. Perhaps not being the most common experience, this interlude made for a stronger faith in Beans on Toast and the views he possesses — making for an emotional end to the evening. He aptly concluded his set with the song ‘The Price of Rice’ with a message about inflation and our current economic issues.

Overall, it was a very heart-warming and illuminating evening; full of eye-opening political messages which really hit home. At face value, his music may at first, appear boring but within a smaller gig setting, his captivating personality truly came through — it became about a lot more than just the music and more about the messages he was presenting.

After his performance, Jay stood alongside his impressive merch stall along with 2 of his band members. He signed tickets and t-shirts as well as chatted to his fans, even giving the odd hug to those that wanted one. It was a fantastic end to a very enjoyable night, ending on a humbling note.

Beans on Toast gave a very impressive set and not one person left without a smile on their face. If you are looking for an evening of insight, comedy, music, and beer, catch him on his next date! 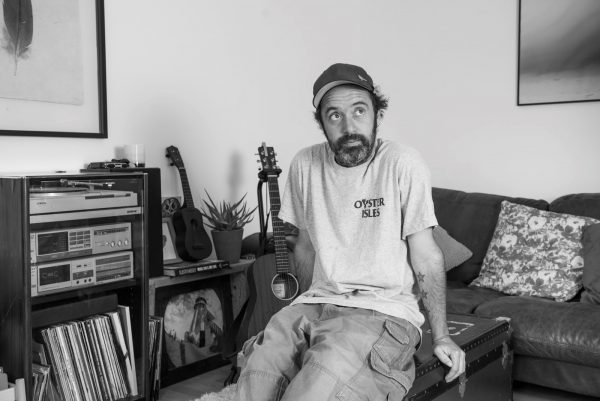