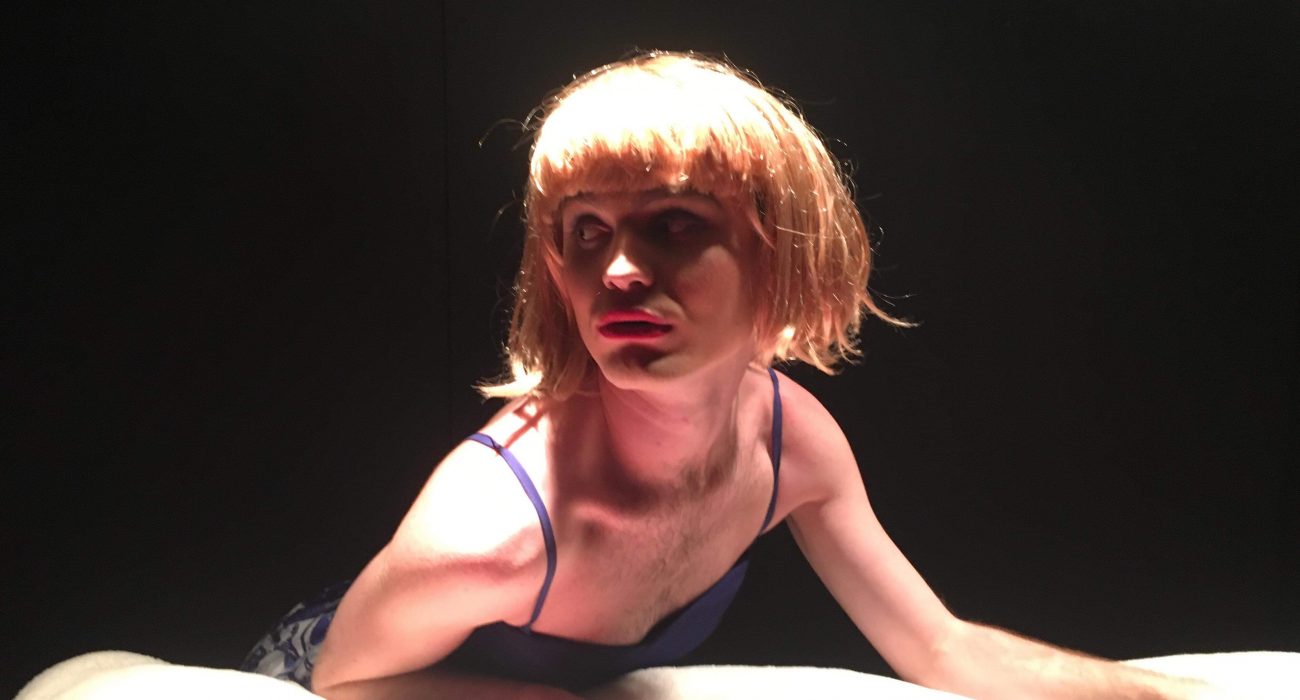 Written by student Phoebe Lynch, We Have Sinned was an entertaining, comedic, and inventive take on the generic ‘whodunnit’ storyline.

Posh, newly-engaged couple Evelyn (Eliza Lewis) and Damien (Jacob Hall-Brown) invite their old university friends to celebrate their upcoming nuptials. But they all become embroiled in a murder investigation when Damien is killed with a loose door handle.

All have motives for wanting him dead: Evelyn, the fiancée who found out her sister was having an affair with Damien; Stephanie (Jordan Jones), the Welsh, goat-loving maid who hates Damien for having her goats killed and eaten; hot-tempered Winnifred (Hugo Lewkowicz) lost her job because of Damien’s reluctance to help her; Percival (Eleanor Potter) was Damien’s political rival and was being blackmailed by Damien for rigging the election; Gregory (Chloë Slater) was stealing from Damien; George (Elizabeth Key) was the world’s worst cook and Damien repeatedly threatened to fire him; and, Lucinda (Gary Gannon), Damien’s mistress and a woman who had multiple affairs. It was up to a French detective to solve the murder, amidst a sea of confusion, chaos and, mismatched clues.

Standout performances came from Gary Gannon playing Lucinda and Hugo Lewkowicz playing Winnifred. Even with the occasional line or two being muddled and a wig falling off repeatedly, Lewkowicz made this work for his character and didn’t let it faze him. In fact, it only added to the chaotic and humorous chain of events. Gannon was truly remarkable in his depiction of a snooty, privileged actress who believes she is more successful and famous than she actually is. Incorporating Ariana Grande’s hit ‘thank you, next’ to describe Lucinda’s lengthy list of lovers was the icing on the cake, despite the questionable dancing skills of Lucinda and her paramours.

I really enjoyed Jacob Hall-Brown’s satirical imitation of a clumsy French detective. It was a hybrid of Hercule Poirot and Jacques Clouseau and the character highlighted the formulaic structure of a detective story. Even though the murder investigation was a series of frenzied interviews and allegations, ending with the reveal of Damien’s long-lost brother, there was a storyline for the audience to follow and a message about the seven deadly sins. With the clever use of a whiteboard, it was highlighted how each character represented a sin: gluttony, sloth, greed, lust, pride, envy, and wrath.

Phoebe Lynch has written a very entertaining play that mocks the murder mystery story and injects some much-needed humour and quirkiness. I commend the director (Lauren Ellis-Stretch), crew and cast for putting on an enjoyable performance. If this play is an example of the talent of a young playwright, director, theatre crew, and group of actors, then I look forward to the upcoming performances and shows they will inevitably be in.