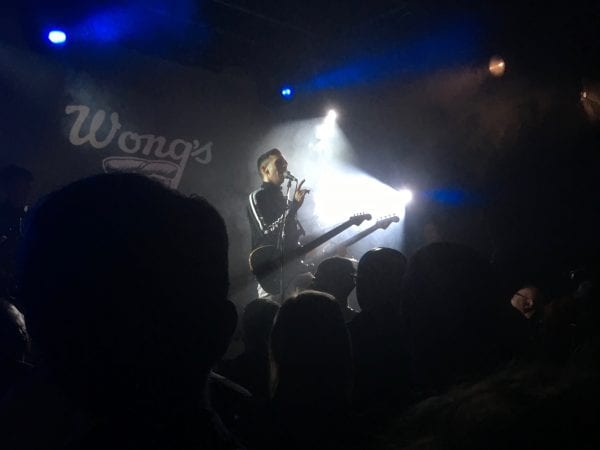 “There are two types of people here tonight” guitarist Cory Wong told the adoring crowd over the sound of a throbbing baseline, “there are the guys that just want to have a good time… and then there are the music students. You know, you nerds that can’t stop admiring the synth.”

He got me there. I may love Vulfpeck, the funk group that Wong often plays with, but I know absolutely nothing about what makes their songs so great. However, it quickly became clear that I didn’t need to be versed in musical theory to realise that I was receiving a masterclass in concert performance. Vulfpeck might just be the best independent band making music today. Their near-unparalleled mastery of funk and rhythm combined with their distinct internet presence has made them a musical force to be reckoned with. Every grainy video of theirs that I watch leads me closer to the conclusion that they could be deities of some kind, and that’s coming from a theology student.

Considering this, I’m sure you can imagine that getting to see their rhythm guitarist Cory Wong up-close and personal in Manchester of all places was a pretty surreal experience. I think it’s fair to say that when I arrived at Gorilla, the club-bar humbly positioned under Manchester’s railway tracks, the novelty had not worn off in the slightest.

British singer Phoebe Katis opened the show with songs from her upcoming debut album, Touches, which was produced by Wong himself. Katis had an unfairly tough task considering what she was introducing but surprisingly managed to resist being dwarfed by the shadow of her producer. Her music stands out as being less funky and more reflective than what one might expect from her previous collaborations with Wong, but never felt out of place, and has proven herself deserving of a spot in the Vulfpeck extended family.

The arrival of the headline act brought with it a sound that rippled through bodies in such a way that it quite literally produced “oohs” and “aahs” from the audience. I went into the concert knowing how talented the musicians were going to be, and yet I still found the apparent effortlessness of their playing striking. Though centred around a clear focus, the songs benefitted from a sense of liberation that let the performers work off each other – and sometimes even the chants of the audience –  to create a bespoke atmosphere for the venue. This playfulness is very on-brand for both Wong and Vulfpeck, and seeing it up close made it clear that this is the real key to their success.

Just as they aren’t restricted to playing specific notes, Wong and co. refused to be restricted by the limited environment of a live concert either. It would have been easy to satisfy the audience by letting familiar songs – mostly instrumental combinations of funk, jazz and a dash of rock – wash over them in a traditional manner, but to Cory Wong, traditional clearly just doesn’t cut it. Determined to make the evening both an audio and visual spectacle, the show incorporated video technology to collaborate with other big Vulfpeck names and ensure a fully immersive experience. It never overshadowed the actual sound, only complimented it. There were times when I felt I was watching a Vulfpeck video come to life in front of my very eyes.

Ultimately Wong understands that concerts are at their best when they give listeners something they couldn’t experience at home, and this performance is a testament to that awareness. What other lead throws croutons at the audience? What other gig uses footage of Tony Hawk’s Pro Skater and Jurassic Park as background accompaniment for its songs? What other encore features the lead act faux-fainting from exhaustion only to regain his skills by punching, kicking and headbutting through slabs of wood and stealing talent from his fellow performers a la Space Jam? Not a single one, because Cory Wong and his team went above and beyond to ensure the audience got their money’s worth.

I might be out of my depth when it comes to musical performance, but Wong certainly isn’t. That man knows exactly what he’s doing, and he’s doing it exceedingly well.