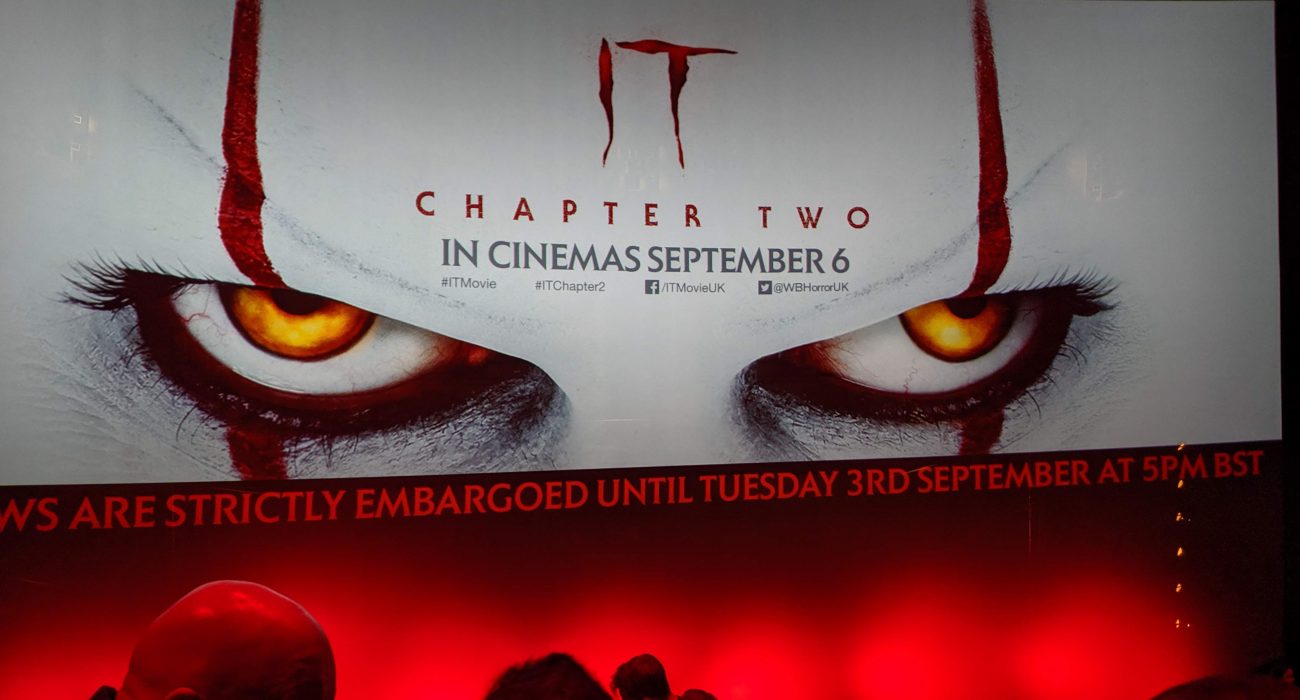 The Muschietti Siblings’ second part of the incredibly successful It improves on every aspect of the film and the novel, concluding the duology in a fantastically executed rollercoaster. Perfect casting, snappy storytelling, clever camerawork, and clean CGI are marked only by the reliance on jump-scares which repeatedly haunt the film.

When reading King’s novel, I had to keep putting the book down to take a break from the rambling that ultimately detracted from the horrors of Derry. The back-and-forth flip-flop style of storytelling was overwhelming. Thankfully, IT Chapter Two trims the fat and streamlines many aspects of the novel which result in a snappy pacing which doesn’t reflect the long runtime.

Interestingly, the movie’s purpose as a second chapter allows the traditional three-act structure to be moulded to suit the needs of the story, taking the form of a second chapter as opposed to being a mere sequel.

To bring these nightmares to life, the technical aspects of Chapter Two are simultaneously more polished and more risky than its prequel was. CGI is used brilliantly to blur the lines between practical and software-born effects – particularly in the ways it’s used to transform Pennywise. David Fincher would approve. The sets of Derry and its twisted underbelly are also wholly believable; they feel lived-in and old, almost as if the town itself is another living being which has been scarred by “It” over the years.

It is a credit to the astounding casting and performances in the film that the transition of the Loser’s Club from kids to adults is almost seamless, with the adult actors imitating the mannerisms and minute physical traits of their younger selves. Bill Hader brings slapstick comic relief, James McAvoy battles regrets and guilt, Isaiah Mustafa paints a picture of obsession, and Bill Skarsgård flawlessly channels the evil spirit of “IT” — I could endlessly praise the whole cast, but I’d rapidly hit my word limit.

Attention to detail is everywhere in the film, especially in the plethora of easter eggs that Andy Muschietti has scattered throughout as a form of tribute to his cultural upbringing as an Argentine lover of cinema. From Peter Bogdanovitch and Steven King to David Cronenberg and Club Atlético Independiente, Muschietti’s homages and meta-humour are quickly becoming a staple of his film making.

However, this love of fine cinema clashes with the pervasive use of jumpscares in many scenes. Every element of the film comes together to create a feeling of dread with a hint of nostalgia that is momentarily shattered by cheap scares, pulling you out of the trance with a cheap trick. I’d love to see an attempt by the Muschiettis on making a slow-burn horror film, in the style of It Follows or Ari Aster’s Hereditary and Midsommar.

Despite my dislike for the jumpscares, the actual horrors of the film are some of the most disgusting and twisted beings I’ve ever seen on the silver screen. It briefly showed a handful of forms the creature takes but Chapter Two goes all-in, showing atrocity after atrocity of nightmares in their full splendor.

IT Chapter Two is the continuation of the story we deserve. It is a beast of its own, with many differences between the source material and the miniseries, telling the story in a concise manner that will stick with viewers’ for days after watching it. I believe that we are in the middle of a horror renaissance, and the Muschietti’s  IT duology is worthy of a place among the ranks of the contemporary horror greats.