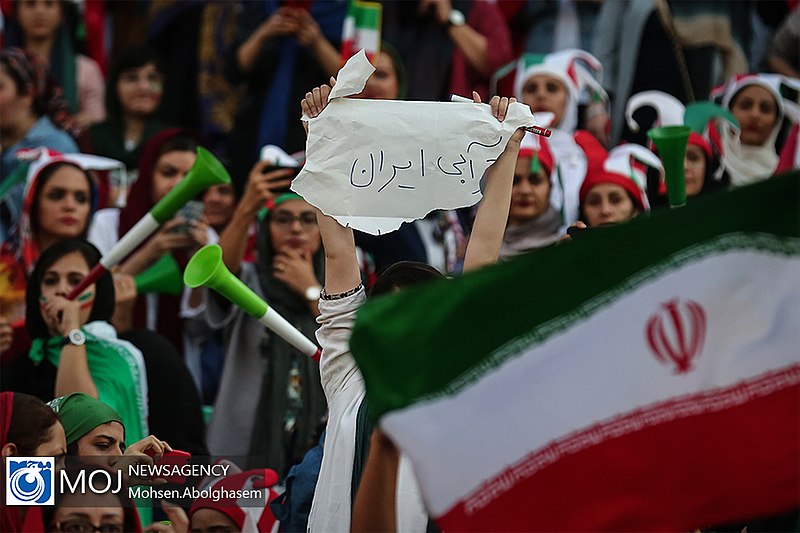 It was a sad day for football when Esteghal FC fan, Sahar Khodayari, 29, known as Blue Girl, passed away on the 9th of September. She had spent the week in hospital after setting herself on fire outside an Iranian courtroom, following the reported announcement of her six month prison sentence.

Khodayari had dressed up as a man to see her team play at the Azadi Stadium, Tehran, but was caught on her way in.

A month later, it was announced that Iranian women would be able to attend a football game for the first time since 1981. Over 3,500 watched their national side’s 14-0 over Cambodia in a World Cup qualifier on October 10th, with female tickets selling out in a matter of minutes.

The decision came after FIFA applied pressure on the nation to allow female attendance, with women having been barred since the Islamic Revolution in 1979. The emphatic victory in Group C left Iran trailing leaders Iraq by a solitary point, with a game in hand.

FIFA’s intervention to lobby for the admission of female supporters has however been questioned over its extent. The Azadi Stadium has a capacity of over 95,000 according to The Guardian: So the decision to allow fewer than 4,000 women in has sparked debate. In addition, the decision to segregate female fans from the rest of the stadium has also proved controversial.

The ban on female entry has been lifted temporarily in the past, but always ends up reinstated. For example, in 2017, Syrian women were permitted to watch their side in Iran. In this light, Amnesty International has branded the decision a “cynical publicity stunt.”

FIFA still has a way to go in assuring that its development goals are represented throughout its members, and the suggestion of sanctions has been made to try and accelerate this process.