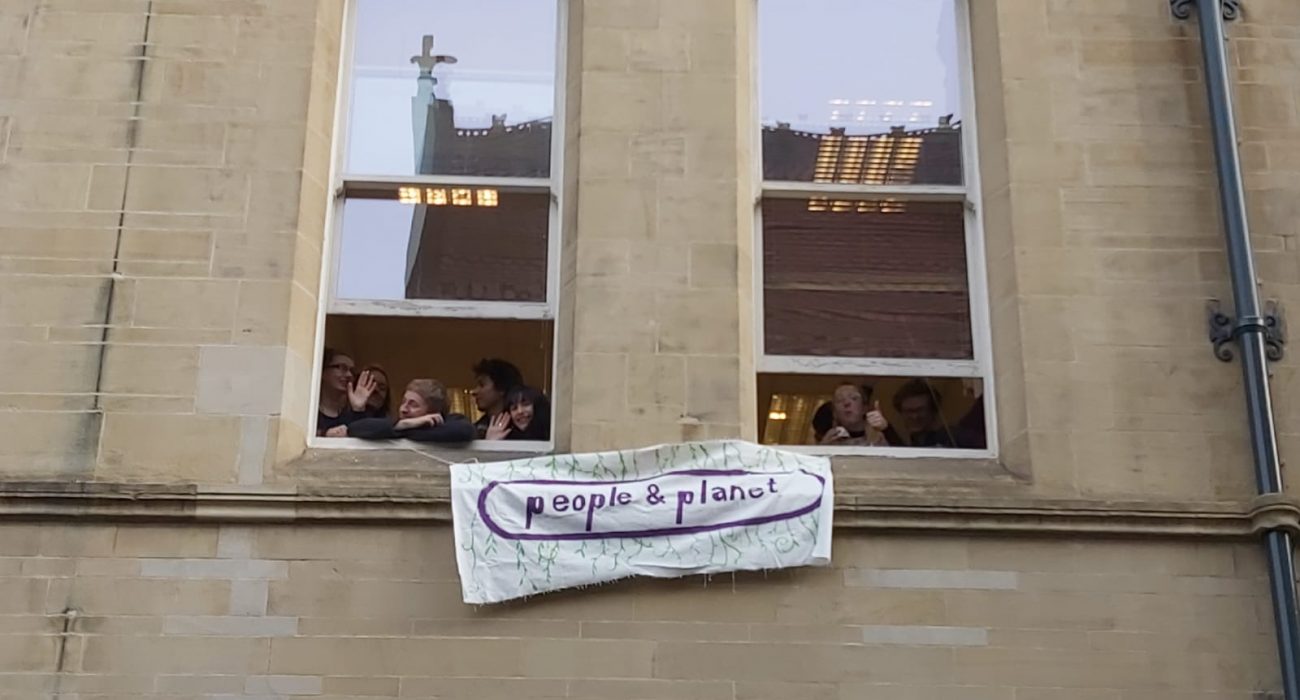 People and Planet occupied the John Owens building last Tuesday from 9:10am onwards in an attempt to engage university staff in a conversation about divesting from fossil fuels.

16 students were involved in the protest, which they planned to continue for at least seven days.

People and Planet, who originally formed as Third World First in 1969, are a nationwide organisation led by student activists. They have over 50 groups at different institutions and are the largest student network campaigning for social and environmental justice in the UK. The group run four campaigns, all of which aim to impact on social and environmental issues through creating change within UK universities.

Tuesday’s protest is taking place as part of the group’s Fossil Free campaign, which has been taking place for eight years. People and Planet are calling on the University to divest their investments in fossil fuel industries and instead seek out renewable investments, with a pledge not to re-invest.

However, previous attempts at engaging University management through petitions, open letters, emails and lobbying outside of meetings have resulted in a lack of response from university officials.

The group attempted to get a response through interrupting a governors’ meeting in February, but People and Planet members explained that although “most of them were quite mad about it” and “some were semi-supportive” they still received “no real response” from the university.

This led the group to take part in direct action by holding an occupation of the John Owens building in June. However, protesters only remained for 24 hours due to a lack of toilet facilities and access to water. This time they hope to be able to remain longer as they “have a toilet, plenty of food and good facilities”.

“The most frustrating thing about it is how they refuse to engage with us at all. Some people disagree with the direct action side of what we’re doing because they think we should be going through ‘official channels’ but those channels don’t really exist, and that’s very purposeful on the university’s part” said People and Planet Treasurer, Kayleigh Crawford.

Due to the protest, the John Owens building was said to be in “lock down” by security staff who initially stated that only staff members would be permitted to enter. However, a Mancunion reporter who held both university student and staff status was also refused entry.

Within the building, university staff attempted to stop protesters from entering the room they subsequently occupied, both verbally and by blocking their route. The room has since been occupied and staff have asked protesters to keep hallways and toilet access clear.

When asked why she was protesting, People and Planet member Jenny Addis explained, “I realised that I can’t comfortably sit back and do nothing. I think it makes me feel better about the situation to be out and trying to change something.”

“From my experience … the university seem very unwilling to engage with us over our demands. Its early days at John Owens but I would say so far we have been met with the same attitude.”

When asked about previous protests on campus Kayleigh Crawford said, “We’ve basically been ignored. When we interrupted the meeting we had brief correspondence with one of the governors but nothing came of it.”

This is not the first time the university have refused to allow discussion with student-led campaign groups.

A campaign to reimburse students’ tuition fees took place during a series of lecturer strikes in early 2018. During this campaign the University disabled its Facebook ratings and blocked certain users after students deliberately gave the institution poor ratings and reviews.

Although some discussion took place with the Students’ Union the university allowed no formal discussion with the campaign group Take Action UOM, a 1071 member group which was formed with the purpose of financially reimbursing affected students.

Kayleigh stressed that People and Planet have already tried all official ways to campaign offered by the university but have still received no response.

However, she added that the university has recently started washing off the organisation’s messages written in chalk around campus.

“They never used to, so I get the feeling it’s starting to annoy them… the hope is they’ll have to come and talk to us soon.” 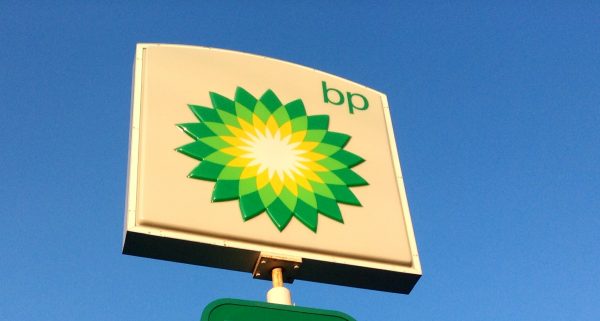 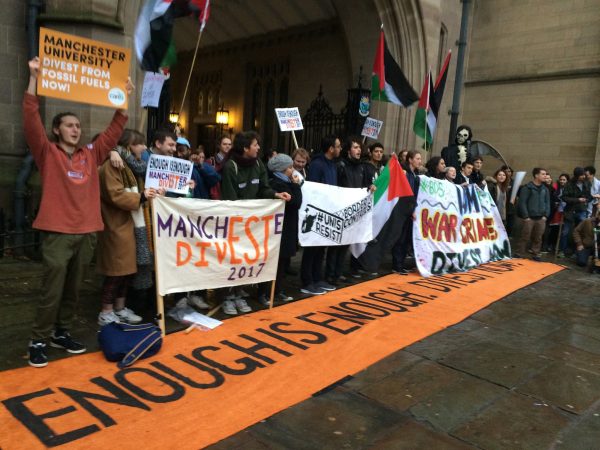