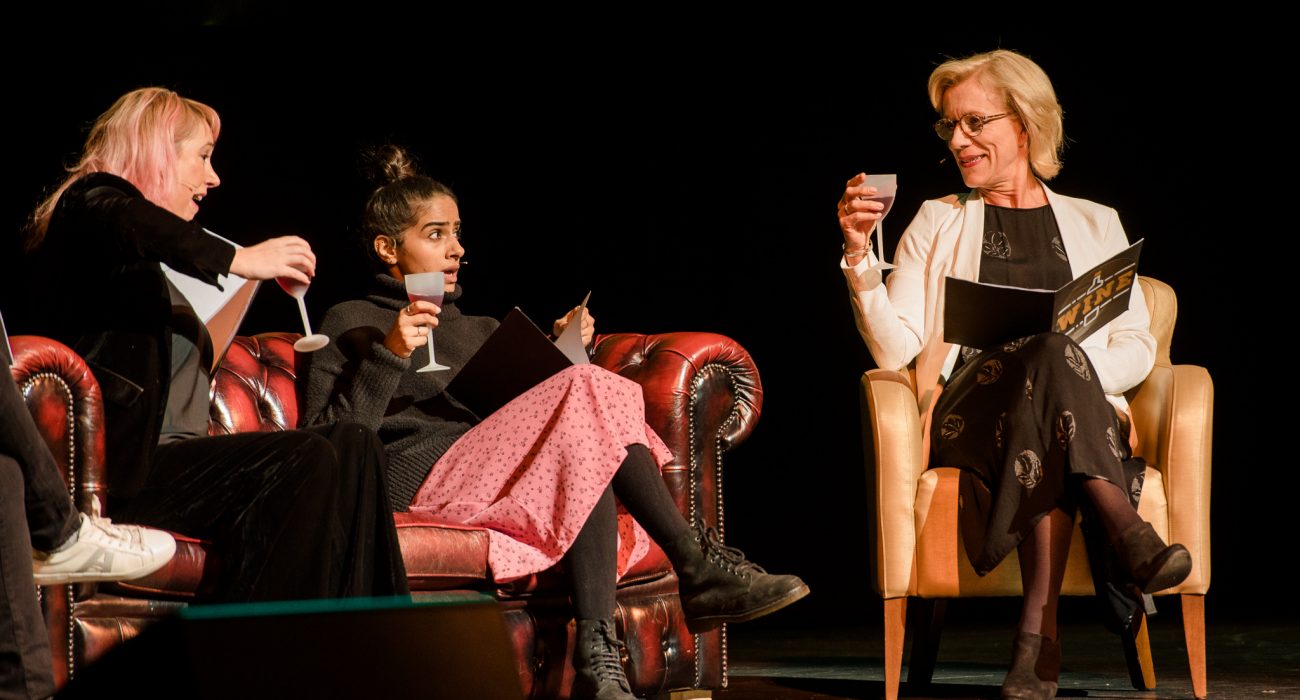 Earlier this month, Manchester’s Palace Theatre was electrified by the final show of the The Secret Policeman Tour. In a powerful alliance between The Guilty Feminist and Amnesty International UK, the night hosted an astounding line-up all in the name of human rights.

Fabulously fronted by Amnesty Ambassador Deborah Frances-White, the show weaved together stand-up comedy, spoken word, debate and discussion with human rights activists and re-imaginings of timeless comedy sketches. Although an eclectic mix of performances, the message still rang loud and true: we need to do more. We need to do more and think about our privilege as citizens of a country whose humans rights are rarely comprised. The show ferociously cried out to people to recognise and celebrate everyday acts of humanity as well as join the undeniable force that is Amnesty International.

Stand-up comedy has formed a large part of The Guilty Feminist and their pledge to discuss and dismantle pertinent political and sociological issues, and this show was no different. With raging success, The Secret Policeman hosted a series of comedians with the likes of Bridget Christie, Shappi Khorsandi, Tiff Stevenson and Johnny Cochrane gracing the stage. The spotlight was stolen for me by the opening act, Suzi Ruffell, who had me in stitches and temporary jaw-lock within the first thirty seconds of her material.

The Mash Report’s Nish Kumar headlined our evening with raucous new material in reaction to the ridicule and bread-throwing incident the night before. As always, Kumar intertwined perceptive, dramatic and witty observation comedy with intelligent nods to broader more political social issues.

Jackie Hagan, a poet and solo performer, gave a feisty, provocative performance of her original work. Her work is honest and wild and gives a big middle finger to societal expectations. She left the stage by downing a can of beer out of her prosthetic leg, which on all levels gained fierce applause from the audience. We were also graced with a stunning performance by Sophie Thakur, who closed the first act and left the audience surrendering to her powerful words. The event also featured veteran actor Juliet Stevenson, CBE.

Most powerfully, we met Sean Binder, a social and human rights activist who is currently facing a 25-year sentence for rescuing refugees in Greece. They went to Greece to aid support boats that were in distress at sea, yet their kindness was mistaken for spying, people smuggling and belonging to criminal organisations. To us, Sean’s story is heroic and his attitude about his pending fate was humble. The audience clapped as he spoke of his heroism but was quickly shut down by his response – “do not clap kindness and make it heroic; by praising the helping of humanity you are making it not normal. Not helping is not normal.”

Supporting human rights is normal, and not just normal but should be a priority. This show spelled it loud and clear. As Olivia Coleman stated in the short film screened at the show: “You don’t know your human rights until they are gone.”

In the face of the events this week, we cannot afford not to be ignorant. We may not be able to change what is happening at the top, but we can change what we do in our everyday lives: give to food banks, volunteer, and educate yourself and others.

It is simple. Sign up to Amnesty International and see compassion, kindness and hope spread like wildfire. They really do change the world, so go on and change it with them.

Singing up to Amnesty International or supporting one of their current campaigns will boost and support the outstanding work on those fighting everyday to free the oppressed.

To learn more about The Secret Policeman’s Tour and listen to the live show podcast, please see www.amnesty.org.uk/secret-policemans-tour.