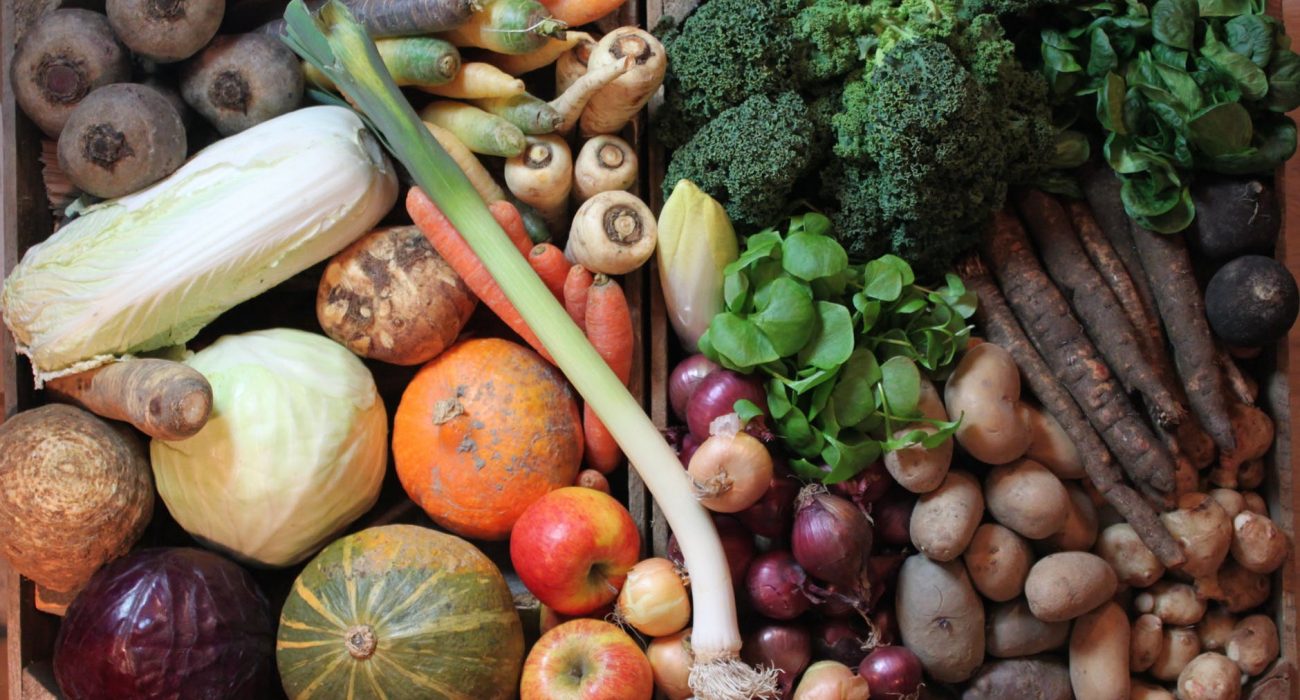 Why We Should All Eat Seasonally

Most people are aware that we eat sprouts and parsnips at Christmas, pumpkins at Halloween and salads in the summer.

However, far too many people see this as just tradition and not a result of how we are meant to eat: in harmony with the seasons using what the earth gives us. Although I was aware of eating seasonally, I rarely put it into practice until the start of uni in September. As a keen (vegan) foodie, I thought I’d christen my new bookshelf in halls with a cookbook. The book I ended up buying was the autumn/winter edition of Nigel Slater’s Greenfeast. This is the second installment of his pair of books on vegetable-based dishes to match the seasons. Studying that book has shown me a plethora of cosy culinary delights and got me hooked on eating seasonally ever since.

Being in tune with what’s in season can open you up to so many new vegetables and recipes you would have never thought of before. I had no idea how delicious and versatile celeriac could be until I tried it this autumn. I also found a better use for pumpkins than carving – eating them. They’re delicious in any kind of stew or simply roasted in a little bit of oil and despite popular belief, we are blessed by their presence for a lot longer than just October (the supermarkets would have you believe otherwise).

Coming into February, I’m now beckoning spring in with more verdant meals whilst still keeping with an overall winter theme. Eating seasonally has also created excitement about what the planet is going to grace me with in the near future.

Not only will you benefit by discovering new recipes and ingredients, but the ingredients you do buy will also be of better quality and less chemically processed. We’re not meant to eat peppers in December. Out of season veg is likely to be shipped in from halfway across the globe or of poor quality and grown with lots of chemicals. Try to look for English veg in supermarkets or treat yourself to a trip to a farmers market and discover the joys of cheaper, better quality produce for you that doesn’t need to be flown in from Peru.

If you’re unsure about what veg is currently in season, there are websites to help! Take Lifegate for example, they explain that February is the month of citrus fruits (tangerines, clementines, grapefruits, and orange). In terms of vegetables, February is also the month to showcase cruciferous vegetables such as broccoli, artichokes, cauliflower, and sprouts. Pumpkins are also still seasonal to this time of year along with other root vegetables like turnips, beetroots and Jerusalem artichokes (a hybrid between a turnip and potato – deliciously steamed with butter and salt).

With air travel being a leading cause of climate change, we should all be cutting down on our flights. This goes for our fruit and vegetables too. 70% of UK land is for agriculture and England is good at growing crops. We should be supporting our local farmers and our planet by eating as little imported foodstuff as we can. Only 1% of foodstuff is transported by air, but this 1% counts for 11% of all carbon emissions. It seems only fair that we sacrifice our Kenyan green beans in January and patiently wait until it’s their time to shine in the UK.

Eating seasonally is a simple switch that we can all make to better enjoy food and simultaneously help our planet and farmers. There are tonnes of websites offering seasonality charts and an increasing amount of cookbooks dedicated to ‘seasonal content’ to help you on your way to happier, healthier eating.

So why not give it a try?