Teenage love stories, an awkward first date, and a monster with an identity crisis – what do they have in common?

They were each the subject of films show at the Instituto Cervantes as part of the Kinofilm Spanish Shorts, a pre-festival event for Kinofilm Festival, which is happening from 21 to 29 March in various locations across the city.

The night opened with The Good Queue, an animated depiction of a relatable struggle: when faced with two queues, there is always the dilemma of which to pick. You may even be tempted to hop from one to another, but it’s Murphy’s Law that your original queue will undoubtedly move while your new queue stays still.

Although the setting and occurrence is funny enough by itself, the character design in the short isn’t pleasant to look at, as a detailed cartoon man interacts with smooth grey humanoid figures with human noses and ears on their cubic heads. 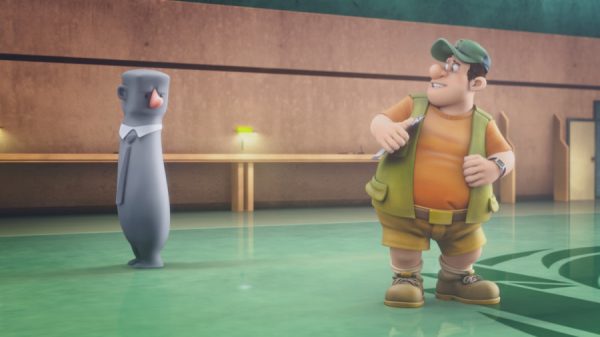 Mi Querido Balón (My Dear Ball) is a coming-of-age slice-of-life, set during the days right after the Former Caudillo of Spain, Francisco Franco’s death. Franco used his power to restore the monarchy before he passed, appointing Juan Carlos as his successor and King of Spain.

Despite the stiff performances from the kids, the film is quaint, exploring the everyday politics of post-Franco Spain through these kids, their parents, their football matches, and their village.

Te Quiero A Morir (I Love You To Death) was by far the strangest experience of the night. The story seemed to revolve around a couple who are each telling the same story from their own perspective to a camera.

The monologues are intercut with footage of “the event” which, turns out, was an argument between the toxic, unlikeable couple which culminated with the woman announcing to her boyfriend that she’s pregnant, as they lie in a ditch. The bizarre story wasn’t helped by the subpar audio mixing that made the dialogue muddy and hard to hear. 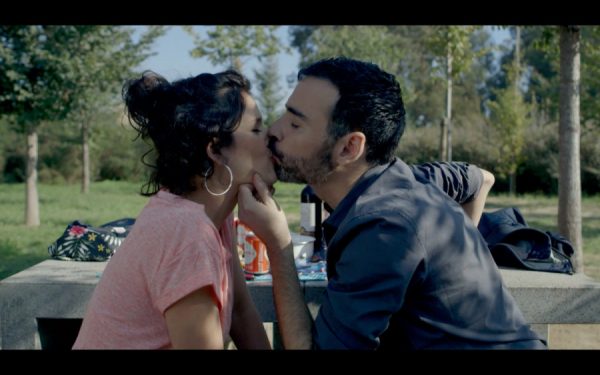 ¿Por qué miente la gente? (Why do people lie) felt like, simply put, a PSA (public safety announcement) about schizophrenia. I was surprised by the brilliant acting and high-budget feel.

Set in Barcelona, the film shows the difficulty a young man faces when taking his schizophrenic mother to the hospital. It quite touchingly shows how hard the condition can be on the patient and their family.

The second strangest film was Mejor Actriz (Best Actress). A short mystery that I shan’t spoil, it also looks quite high-budget. The film did, however, feel a bit rushed, as it crams the whole resolution into 30 seconds. But it’s a clever little film, overall.

La Distancia (Distance) is a beautifully shot film,set in Asturias, that tells the story of two teenage girls as they go on a bike ride through the mountains.

They talk, they argue, they make up. It perfectly captures that electric feeling you’d get as a teenager when you were talking to your crush. However, there’s some rather strange implications towards the end of the short that I’m still unsure about. 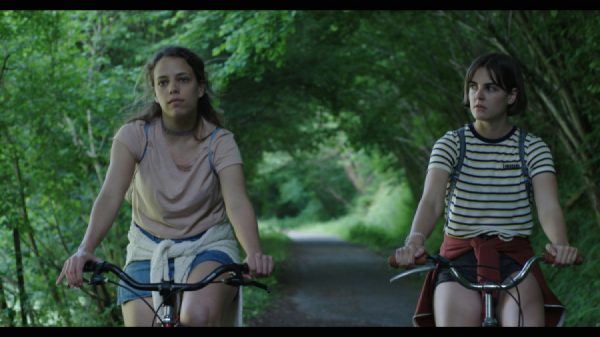 Yo, Monstruo (Me, Monster) is a humorous look at the identity crisis an actor faces as he becomes tired of playing the monster and yearns to be the star.

Overall, the short was solidly made and quite funny, but the choice to make everyone speak Spanglish was bizarre. It would perhaps have made sense if they were a crew of multiple nationalities, but each actor was a Spaniard.

Lastly, Una noche con Juan Diego Botto (A night with Juan Diego Botto) is a hilarious romp that had the whole room laughing and was, by far, the best short of the night.

Juan Diego Botto, famous Argentine-Spanish actor, plays himself as he goes on a date with an obsessed fangirl. She’s a normal human being who’s nervous and awkward while he is completely removed from normality, and is only able to converse about his charitable endeavours.

His talk of malnourished African children puts a downer on the dinner, but when they move to the bedroom the big laughs come rolling in — I’ll just say that be he brings up the worst possible topic of conversation imagineable during oral sex.

The 16th edition of Kinofilm Festival took place from 21 to 29 March in various venues across the city. For more information, head over to their website.