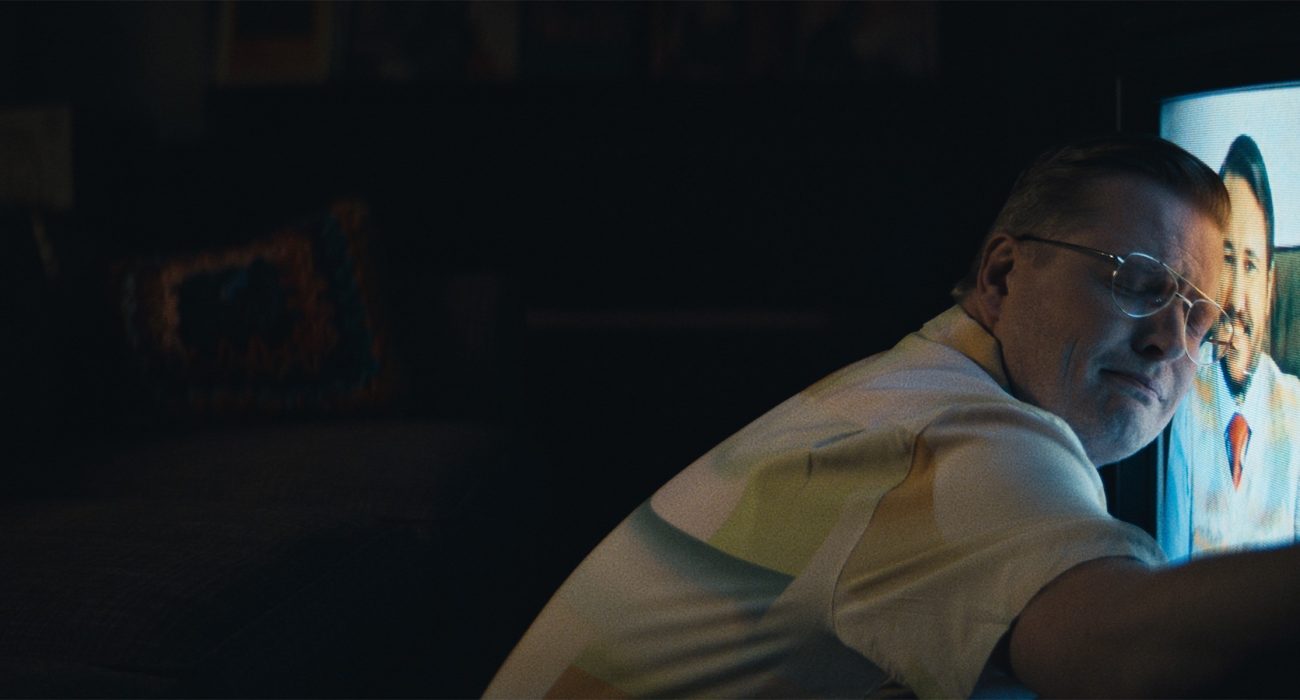 John Stephenson’s first feature film has a fairly simple setup: a lonely and depressed caregiver, David, gradually loses his sanity and becomes dangerously obsessed with an enigmatic new friend. The twist? His friend isn’t real. ‘Andy’ is just a character on a ‘Rent-A-Pal’ video tape.


Honestly, most of the film is pretty solid. Stephenson’s experience as a cinematographer/camera operator clearly shines through in his thoughtful and often visually striking direction. His script also constructs both a menacing villain and a believable protagonist, although every other character is largely two-dimensional. The vastly different central performances complement each other well; Brian Landis Folkins brings credible nuance to the muted loner David, while Wil Wheaton’s heightened portrayal of the cheerily sinister ‘Andy’ is simultaneously immensely engaging and deeply disturbing. Wheaton’s also pairs with the 90s setting to cultivate an off-putting sense of twisted nostalgia.

The perhaps-slightly-too-slow pacing may put off some viewers, but the first two acts hint toward an explosively satisfying ending for those willing to invest.

Unfortunately, the eventual climax enormously disappoints. David’s sanity, which had been slowly ebbing away, takes a sudden nosedive of epic proportions amounting to a level of cartoonish evil which feels entirely unearned. As it pushes further into conventional horror tropes, the film ditches everything that made it interesting, instead leaning on boring clichés to round out the narrative.

If you’re looking for an interesting horror-based exploration of isolation, give Rent-a-Pal a try. Just turn it off a bit before the end.