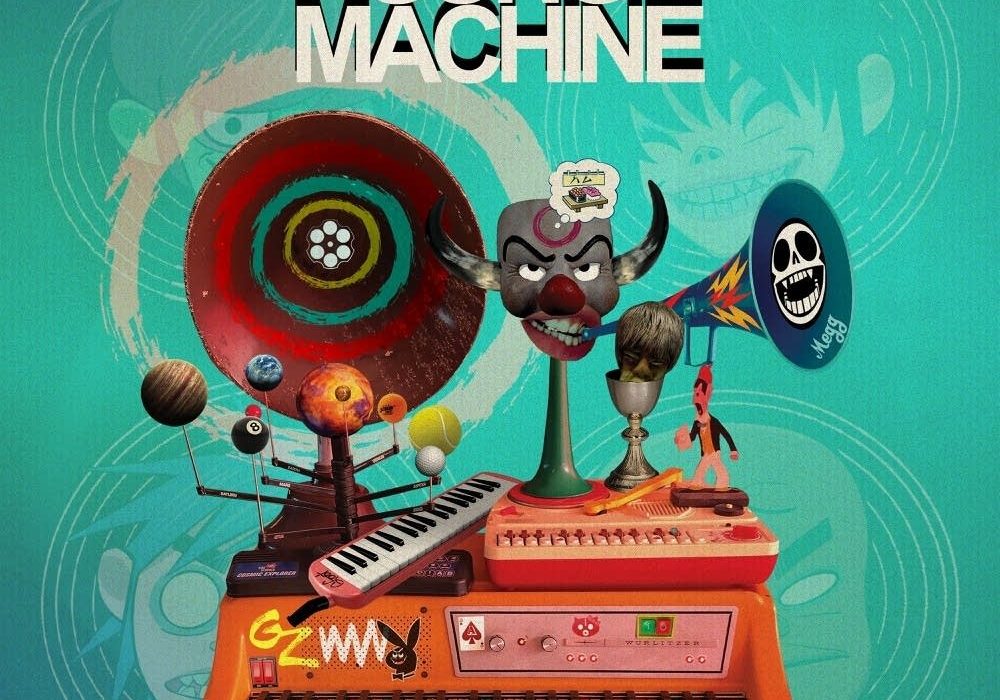 Gorillaz, the brainchild of Blur frontman Damon Albarn and artist Jamie Hewlett, have been a favourite of music fans since their self-titled debut in 2001.

Arguably the world’s most successful virtual band, they’re back with a new album that’s been released very differently. Song Machine is a music-based web series with each episode featuring a new single and its accompanying music video along with interludes called Machine Bitez. Season One consisted of 11 episodes and those 11 tracks have been compiled onto Song Machine, Season One: Strange Timez.

While it’s not unusual to release half your album prior to its release date in the streaming era, I suspect Gorillaz have taken this path for a different reason. The band’s output during the last decade has been mediocre to say the least and rather than making another ambitious concept album, they’ve chosen to focus on improving the quality of the songs themselves. As a result, there’s no overarching theme and this is essentially just a collection of singles. So, just how good is this batch of songs?

Well, the initial one-two punch is certainly great. ‘Strange Timez’ opens the record with an ominous, eerie synth line and finds the legendary Robert Smith of The Cure and 2-D (Albarn) dwelling on the events of 2020 before a dance floor rhythm kicks in halfway through. With a groovy bassline, ‘The Valley of the Pagans’ is just as danceable and features 2-D and Beck deriding the Hollywood lifestyle over an upbeat synth funk instrumental.

‘The Lost Chord’ is a decent track with colourful production, but follow-up ‘Pac-Man’ is the first real return to that classic Gorillaz sound with its blend of synthpop, funk and hip hop influences. 2-D airs his anxieties over a simple but addictive loop that mixes cartoonish synths with samples from the titular game before ScHoolboy Q comes through with his best verse in years.

Unfortunately, ‘Chalk Tablet Towers’ kills the momentum with a meandering melody that goes nowhere. ‘The Pink Phantom’ recovers and starts off as a piano ballad from 2-D before some auto-tuned crooning from Atlanta’s 6LACK, a chorus delivered by Elton John and a majestic outro where all three vocalists combine. The entire track is a testament to Gorillaz’ ability to collaborate with just about anyone, old or new, without skipping a beat.

New wave-tinged ‘Aries’ is another highlight on the record and quite frankly, sounds like a New Order song. Indeed, it features Peter Hook himself playing his distinctive bass tone alongside delightful percussion work from Georgia and 2-D’s most emotive performance on the album.

However, the next two tracks are major disappointments. ‘Friday 13th’ suffers from Octavian’s sleepy delivery and an outro that drags on for far too long. ‘Dead Butterflies’ is another tedious affair with bland 808s and unimpressive guest spots.

Thankfully, the record doesn’t end there and we get an extended version of ‘Désolé’ which features a mesmerising performance from Fatoumata Diawara and smooth instrumentation with plenty of lovely flourishes.

The album-closer, ‘Momentary Bliss’, was released as part of the first episode and remains the best track of the whole series. With drifting synths, skittery guitar work and a standout performance from slowthai, this is a great dance-punk cut and in my opinion, one of the year’s best tracks.

There are also some highlights in the deluxe tracks, namely EarthGang-assisted rave-up ‘Opium’ and the eccentric pairing of experimental hip hop artist JPEGMAFIA and Japanese punk band CHAI, on ‘MLS’.

Once again, Gorillaz have served up a diverse feature list and an eclectic sound that’s rooted in art pop, but draws equally as much from hip hop and indie. There are certainly some misses in the tracklist and nothing that reaches the highs of Demon Days or Plastic Beach, but Song Machine, Season One: Strange Timez is undoubtedly a return to form for the band. Let’s just hope that Season Two is even better.