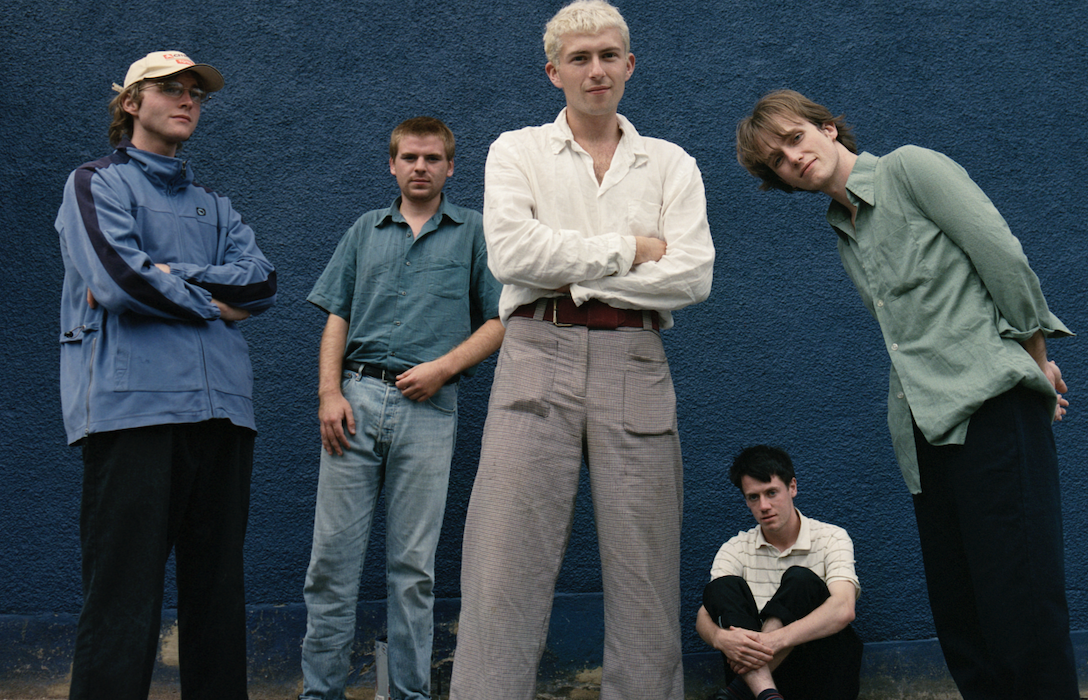 Shame entered into the post-punk scene two years ago. Their critically acclaimed debut Songs of Praise made them an articulate and enraged force to be reckoned with. They have now returned with two punchy new singles for us to sink our teeth into, giving us an insight as to where they are going musically: ‘Alphabet’ and ‘Water in the Well’.

There is always a certain pressure for bands to follow up a successful debut. Will they stick to what fans know and love? Or venture into uncharted waters?

After announcing the title of their sophomore album, Drunk Tank Pink, to be released in January, Shame unveiled a second single ‘Water in the Well’. The single certainly marks a fresher sound for the group, featuring echoes of Talking Heads and Fugazi. Lead singer Charlie Steen’s booming tone is complimented by harmonised backing vocals from the rest of the band, as he continues to deliver magnetic and satirical energy.

There seems to be a level of refinement to their approach this time around. The single lacks the lawlessness that we hear in tracks like ‘Lampoon’ and ‘Gold Hole’ on Songs of Praise. On the other hand, watching Steen in the music video maintain his infectious charisma and presence, I can’t help being hugely excited for the new album.

Shame continue to tread the line between being derivative and greater than the sum of their influences. I believe what sets Shame apart is their knack to treading this line. They channel the tongue-and-cheek lyrics of Ian Dury and Squeeze, with guitar licks reminiscent of The Fall and Joy Division. The collage-like sound creates something accessible but fresh.

‘Alphabet’, the first single released from the album, seemed like more of a ‘if it’s not broken don’t fix it’ kind of song. The track would have sat comfortably on Songs of Praise. This suggests that there will still be a continuation of their angry and sarcastic sound. 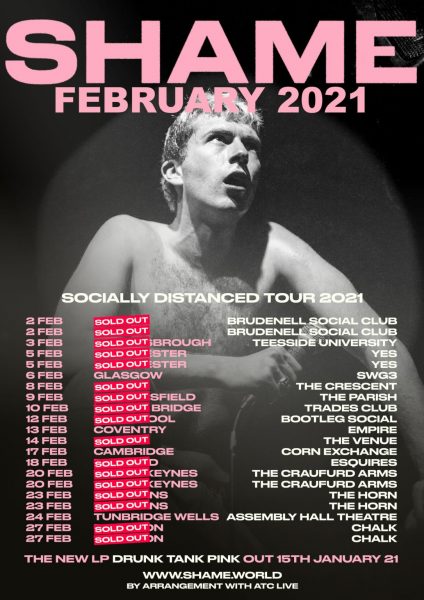 Alongside these releases, Shame have announced a socially distanced tour of independent UK venues in February next year. They declared on Instagram “we wouldn’t be where we are today if it wasn’t for independent venues giving us a state to perform…these venues are often criminally overlooked when it comes to government funding and many are under treat of closing”. The tour includes two shows at independent favourite YES, which sold out in a matter of days.

Judging from the singles so far, Drunk Tank Pink certainly seems a highly anticipated album for post-punk in the forthcoming year. I am intrigued to see how Shame build upon these particular songs, since they are very different in tone and influence.  Both ‘Water in the Well’ and ‘Alphabet’ pack a punch, and set Shame up for yet another successful album.